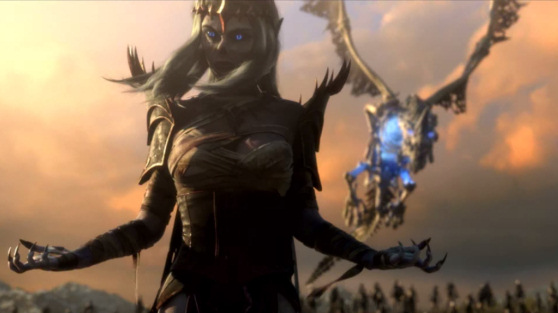 Let me be honest: I’m new to massively multiplayer online games. Completely new. But I’m no stranger to hack-n-slash action-role-playing games like Diablo and Torchlight, and that’s partly what developer Cryptic Studios and publisher Perfect World Entertainment have created here with Neverwinter, an MMO set in the Dungeon & Dragons Forgotten Realms campaign setting. Fresh out of an open beta that began in April, it officially launches today on PC.

Cryptic Studios made games like City of Heroes, Champions Online, and Star Trek Online. Those are all MMOs, so the company has experience with the genre. But underneath its vast communities, reams of user-generated content, and persistent world, Neverwinter is a single-player experience as well — one where 60 hours is almost enough time to reach the current level cap. And it’s free to play.

Adventure your way
Welcome to the city of Neverwinter, where your journey begins. You quickly learn that the powerful lich Valindra Shadowmantle is leading the attack on Neverwinter and the nearby lands, and her reign of terror has caused a wave of upheavals. As some factions mean to overthrow Lord Neverember, the city’s ruler, others are claiming lands that were destroyed or abandoned due to the terrible Spellplague, a malady that turns normal people into enraged monsters — and is still a menace a century after it hit.

While Protector’s Enclave has survived and all but rid its people of the affliction, other regions have been less fortunate, and all sorts of monsters and creatures from beyond the grave are rising up to form armies. You can stop them — either on your own or with other players.

Adventuring solo is easy, and you can almost ignore all the MMO elements going on in the background. If you wish, you can quiet the active chat box so it only displays your logs and completely ignore the other players roaming around the vicinity. Only Protector’s Enclave, the main hub, is truly crowded: It’s where you return to buy and sell items at the auction house, shop at vendors, acquire mounts and companions (pets, clerics, and various fighters to assist you in battle), and more. 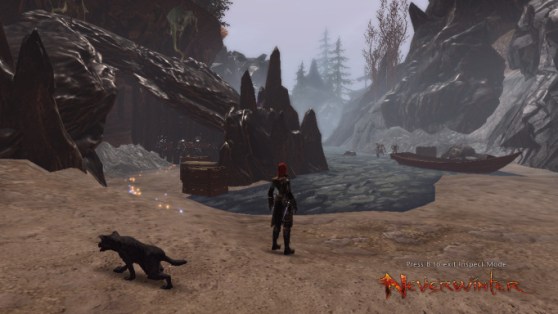 I often melted away into this “private” world when I left the hub, but other times, I chose to make friends. I joined a guild. I competed in player-versus-player (PvP) domination, where you compete on a team against a group of another five players, capturing bases on the map and executing successful kills for points until you win (or lose). I participated in skirmishes, where a bunch of us fought against waves of enemies, and invited several other players to join my dungeon delve or jumped into theirs. Neverwinter’s automated queue system matches you with similarly leveled players so you don’t have to search the chat box for potential party members (unless you want to). Whatever I was doing, it was easy to go alone or band together, and I found that most people were incredibly friendly and receptive to either idea.

Identity matters
I pumped roughly 60 hours into Neverwinter and almost reached level 50, and in that time, I learned how versatile the classes are.

Each class has a special movement ability. For example, the Trickster Rogue can roll while the Great Weapon Fighter can sprint. This not only makes getting around fun but also sets you apart from other players onscreen. Class also determines your skill set. When you’re in a dungeon or on the field, you can discover and interact with certain sparkling hotspots by using kits, and each class is naturally adept at using one type. This helps make empty environments a little more interactive — I felt like I was snagging items left just for me. 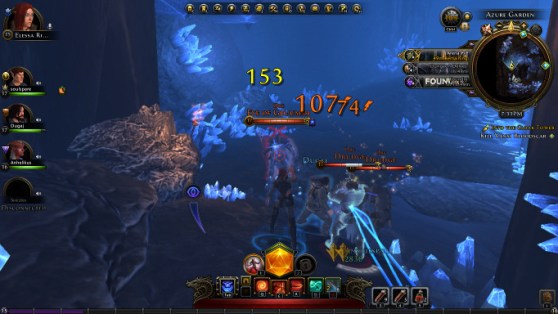 Rogues, for example, can also disappear temporarily with stealth and disable traps in dungeons, and daily powers — not so much daily as special and more energy-costly to use — regenerate differently depending on class. All of this combines so that you not only experience Neverwinter a different way but also serve as a valuable asset to any team. Everyone can contribute in a cool way. I didn’t have enough time as I would have liked to play around with all the clases, but they all have their perks. It’s fun to experiment with them.

Smart progression
One of the things that impressed me most about Neverwinter — especially early on — were the skills, or powers. Each time you level up, you earn a point to invest in them. You can either upgrade what you have or learn a new one: an at-will, encounter, passive, or daily type. You use these in different ways. For example, at-wills you can spam as regular attacks, and encounters recharge after a cooldown.

The nice part is that Neverwinter restricts you to a tier or two of powers at a time, meaning you have enough time to really go hands-on with what’s available to you. You can learn what you like before too many options are all vying for your attention. This curbs what I think of as the skill-tree problem, where you randomly pick and try out new powers only to ditch them entirely when some other cool one catches you eye.

And since it has no mana, so you can slam enemies with one power after another as long as you time your cooldowns correctly. 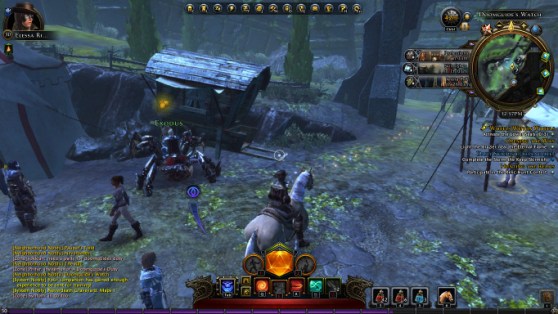 More than enough to do
To speak to the MMO side of Neverwinter, adventurers always have plenty to do. You can waste a whole day just completing enough daily quests to earn Astral Diamonds (ADs), one of the main forms of in-game currency. You can set mercenaries and other laborers to work in the Professions menu and farm resources, and you can collect and fuse like runestones and enchantments to create better socketables for your equipment. You can also perform an hourly invocation to your deity, entering a lottery of sorts where you’re guaranteed to win something. And you can do Foundry Quests, which are completely user-made experiences (more on those in a moment).

Plus, you can join a guild or share quests for even more chances to earn experience, gold, and other assets. Events cycle through the day, boosting the worth of opportunities like dungeon delves, skirmishes, and PvP. But when you’re not killing time, Neverwinter keeps you busy with an assortment of story-based quests. These are variations on a number of basic forms — eliminate a target, kill a horde of enemies, retrieve an item, gather materials, investigate an area, and so on — but they always feel different because they reflect what’s going on in the narrative or because you have a whole new themed region to explore, from frosty mountains to skyships.