As Dungeons & Dragons continues to hack its way through the jungles of Chult as players across the world seek to stop the evil lich Acererak in the Tomb of Annihilation storyline, adventurers in the Neverwinter are approaching the end game. And Cryptic Studios is ready for them.

Today, publisher Perfect World announced a new update, Sword of Chult, for its free-to-play D&D massively multiplayer online role-playing game on PlayStation 4 and Xbox One (it’s already out on PC). It builds on the Tomb of Annihilation expansion, offering a new five-player skirmish set in the hub city of Port Nyanzaru, more player-vs.-player (PvP) content, and better inventory management (hurrah!) and refinement (double hurrah!) systems. It comes on the heels of a fantastic 2017 for D&D — it debuted two new video games, hit the 15 million player milestone in Neverwinter in April, released Tomb of Annihilation (one of its best-selling adventure campaigns) and Xanathar’s Guide to Everything (a New York Times best-seller), and saw its presence expand on streaming and video platforms such as Twitch and YouTube.

Neverwinter is one of several D&D video games in active development. It joins the Tales from Candlekeep: Tomb of Annihilation board game adaptation in exploring the current pen-and-paper storyline. Idle Champions of the Forgotten Realms, a D&D clicker game, also has content from Tomb of Annihilation — such as a zombie T-rex that vomits other zombies!

Above: Zombie T-rex vomiting zombies might be the coolest thing I’ve seen in a D&D game.

First, let’s look at this new skirmish, where a five-player team encounters waves of enemies. In The Merchant Prince’s Folly, you and four other players defend Port Nyanzaru against the city’s enemies: dinosaurs, undead, the snake-like yuan-ti, and Acererak’s minions. Skirmishes are fun, short combat encounters that give you some good items (to either sell or use) and some experience, and they’re good options for those who don’t have the time for a full dungeon run but want to take on some baddies with others.

PvP gets a bit of an overhaul. Cryptic is replacing the Tenacity stat, which increases the player’s defenses against critical strikes, damage, armor penetration, and more, with a simple buff. PvP items now scale with more activity, and armor penetration and control effects have received changes as well.

“Tenacity was replaced by a visible buff added to all players participating in PvP. This mechanic helps the team further tune the experience for competitive players and make it fun for everyone,” a spokesperson told GamesBeat. 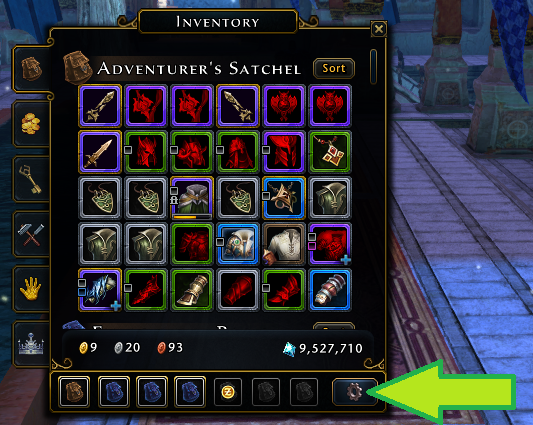 Above: Neverwinter’s inventory improvements are a quality-of-life improvement for adventurers.

Neverwinter’s inventory system is getting a refresh, making it easier to sort through your acquisitions. It’s also letting you identify all unidentified items (provided you have enough scrolls to do so) at once, along with selling all your treasure items. As someone who hates selling loot and IDing it one item at a time, these are welcome and long-overdue changes.

Players who craft items can also look forward to some changes. You can convert items into Refinement Points in bulk, though you can still break these down one at a time, too. This makes it easier for you to sort through and make use of runestones and other crafting components, which can add up quickly as you adventure through Neverwinter’s zones.