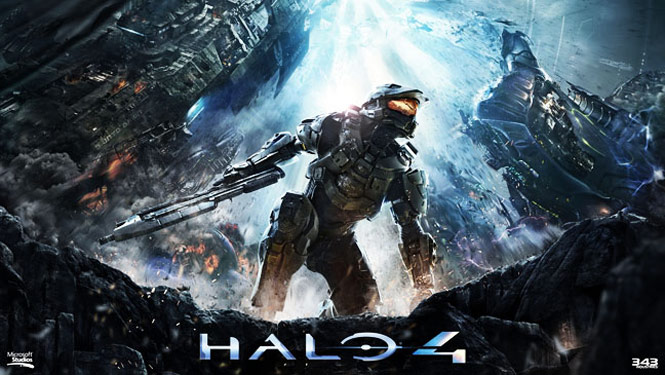 Xbox and American Express have teamed up to offer automatic real-world rewards for playing Halo 4 — connecting, as the company said, “interactive entertainment with offline benefits.”

No, this is not a sick joke: Gamers will be able to complete levels and win cash, coupons … and maybe even a trip to the 2013 Electronic Entertainment Expo. In other words, if you’re a gamer and you’re planning to play Halo, you just might be in line for $25 free from American Express. Or a Best Buy offer for $50 when you spend $100. 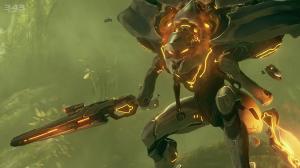 Above: One of the nasties you’ll probably need to defeat.

“The cool part is that you’re playing the game as you normally would … and unlocking huge value,” American Express senior vice president Leslie Berland told us today.

It’s a promo for what AmEx calls its Card Sync technology. By connecting your American Express card to your Xbox identity, you can earn coupons and even “cash” rewards in the form of credits on your card.

“Card Sync ties your credit card account to your third-party digital identity,” said American Express head of product Dave Wolf. “No data is shared, but the identities are matched.”

Once that’s done, American Express can trigger rewards for all kinds of behavior: shopping, checking in via FourSquare, Tweeting, or sharing on Facebook. But now, for the first time, the company is adding rewards to achieving levels in Xbox games, starting with Halo 4.

“Halo 4 is probably going to be the biggest game release in history,” said Wolf, adding that “this is a first ever on the Xbox platform … being able to tie your Xbox platform behavior to real-world experiences has never been done in this way.”

You will need some serious Xbox skills to get those rewards, however. 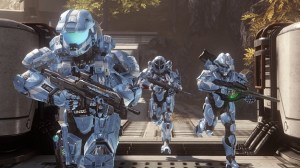 Above: Some of these guys might help in your quest.

The $50 off at Best Buy reward is the easiest to get — it’s open to anyone who completes a Spartan Ops mission on any difficulty. The free, no-strings-attached $25 from American Express, however, will require completion of the “Wake Up, John” level or Normal or harder difficulty. And the E3 trip is for true experts who complete the entire game on Legendary Difficulty.

Perhaps the best part, other than the potential rewards, is the simplicity. Once your card is synced with your Xbox account, everything just happens, according to American Express. Any rewards that come your way can be viewed on your American Express dashboard on your Xbox 360 and are automatically added to your credit card statements.

“There are no coupons, no printout, no codes,” said Berland. “It all happens seamlessly.”