Spellgun is making its debut today as a startup that will take games made in the West and launch them in the Chinese mobile market.

Spellgun is a joint effort between Concept Art House, an outsourcing firm that makes art for video games, and Talkweb, a publicly traded Chinese company that runs a huge distance-learning business. The companies plan to make it much easier for Western game companies to enter China, one of the most important markets in the future of games. 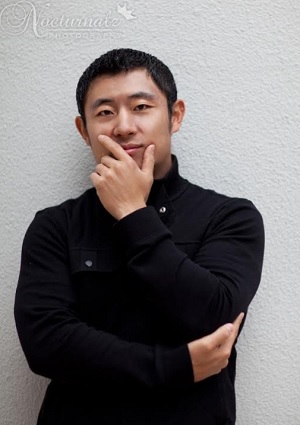 Above: James Zhang of Concept Art House and Spellgun

Under the arrangement, Talkweb is investing money in San Francisco and Shanghai-based Concept Art House. Spellgun will be a sister company, which will be headed by Concept Art House chief executive James Zhang. The new startup is designed to make it easy for Western game makers to trust it. In the past, that trust was hard to come by because so many Western games have been illegally cloned in the Chinese market.

Zhang said in an interview with GamesBeat that the Spellgun will be housed in Concept Art House’s offices in San Francisco, and Spellgun will be a U.S. company. Developers will be able to strike deals with the U.S.-based Spellgun, which will offer legal protections for the developers. Then Spellgun will partner with Talkweb, which published games such as Angry Birds and Plants vs Zombies 2 in the Chinese market.

“This is perfect timing for us,” Zhang said. “So many games are going to be cross cultural and global.”

Spellgun and Talkweb will take the games and publish them on the numerous app stores in the Chinese mobile market. That’s a big service to undertake since there around 20 different Android app stores in China, and navigating through the different distributors isn’t easy. Spellgun and Talkweb intend to make it easy to distribute both iOS and Android games in China’s massive smartphone and tablet market.

Zhang is an old hand at gaming now. He started it in 2007 and it has growth to more than 100 employees in San Francisco and Shanghai. It grew large by creating art used in many different AAA console games. The company’s chairman is Matthew LeMerle.

Zhang said the team perfected work-for-hire communication so that it could receive instructions in the U.S. and translate the tasks to developers in China, where labor costs were more efficient. Concept Art House has worked for Blizzard, Electronic Arts, Sony, and LucasArts, as well as new game companies such as Zynga, Kabam, and Kixeye. All told, Concept Art House has helped ship more than 200 games. In January, 13 of the top 100 games on iOS used art from Concept Art House. The company had teamed up with Zattikka in the past, but that didn’t work out so well. Now it is back on its own.

Talkweb was founded in 1996 and it now has 2,000 employees across 29 branch offices. It has relationships with all of China’s major carriers and mobile game distributors. The companies didn’t say exactly how much Talkweb is investing in the startup.

Rivals include Yodo1 and iDreamsky. Zhang wants to set Spellgun apart by making it bicultural and transparent in its dealings.

The problem with China, Zhang said, is “there are rules, and there aren’t rules.” In any deals, Spellgun will share in revenues.

“Talkweb has focused our support on China’s mobile sector since 1996. We believe that our investment into Concept Art House not only strengthens their ability to continue on a successful path, it also allows us to extend our reach to the North American market” said Talkweb’s CEO, XingYu Li, in a statement.