Esports is outgrowing its status as a niche industry for hardcore gamers, and it’s turning into global entertainment.

More than a billion people will know about the concept of esports before the end of 2016, according to industry intelligence firm Newzoo. The analytics firm researched 16 markets around the world and found that awareness for competitive gaming grew from 53.7 percent in 2015 to 65.7 percent in 2016. That is a huge leap, and Newzoo thinks this momentum will continue as esports establishes itself as an industry worth $463 million.

Newzoo has reported on the growth of esports for years now, but the company notes that it did not anticipate it to catch on this quickly. Games like League of Legends and Dota 2 already had enormous audiences for their competitive scenes, but while those games power ahead, games like the car-soccer game Rocket League and card battler Hearthstone: Heroes of Warcraft have come on to the scene along with a resurgence in Counter-Strike numbers thanks to the shooter’s Global Offensive release.

“Explosive growth in coverage from global and local media, an intensified effort from game publishers, as well as the launch of an abundance of new leagues and events have accelerated the global exposure of esports beyond initial expectations,” reads Newzoo’s latest report.

All of this will translate into an audience of 292 million people who will at least occasionally tune in for an esports tournament. 148 million of those are watching frequently. 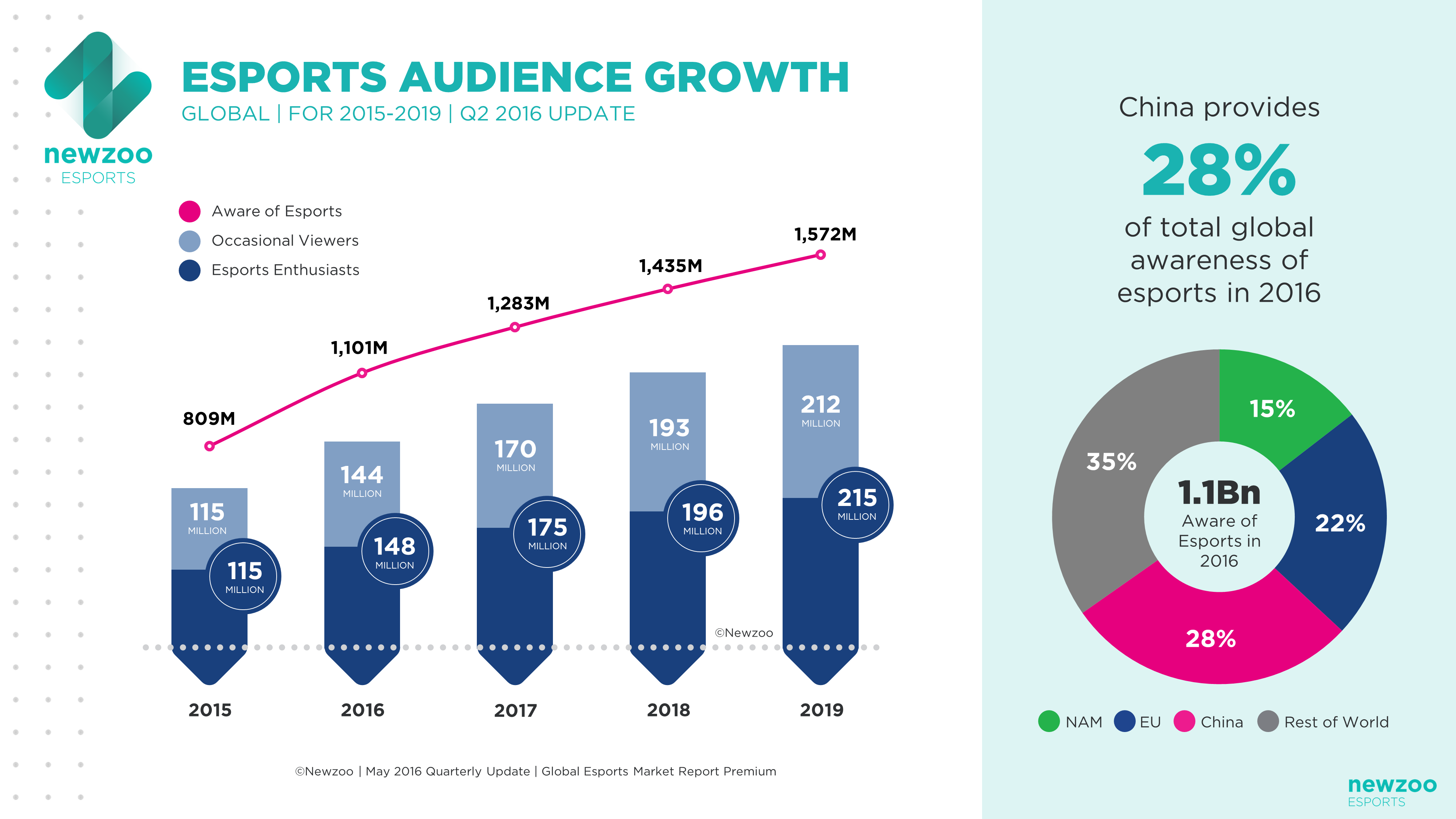 Finally, Newzoo points out that traditional publishers are investing heavily into esports, and that’s also helping to draw attention to the events. Aforementioned games like Rocket League are doing really well, but even publisher Activision is looking to expand the esports audience for its Call of Duty games. Activision acquired event organizer Major League Gaming earlier this year, and it even started showing live competitions inside Call of Duty: Black Ops III.

These efforts along with the buzz for esports among many consumers and media reports could turn the curious majority into people who actually end up watching one of these tournaments.