Nexon’s MapleStory is looking a bit dated in its 15th year as an online game. But the Tokyo-based company plans a big makeover as it prepares the global launches of MapleStory 2 for the PC and MapleStory M for mobile devices.

It might seem odd that Nexon is investing so heavily in a franchise that originally debuted in 2003, but at its peak, Nexon had more than 92 million MapleStory players back in 2009. The audience has since shrunk dramatically, but Nexon has been updating the game regularly to keep players coming back to the live service for the online game. And earlier this year, Nexon said the game still had 14 million players, and it had grown its revenues in the first quarter (that ended March 31) in double-digit percentages compared to a year earlier.

Back in October 2017, Nexon said that users had created more than 273 million characters to date. Pre-registration started last week for MapleStory M on Google Play, and it will be available on both iOS and Android later this year.

MapleStory M will be an all-new mobile adventure based on the original side-scrolling 2D franchise while MapleStory 2 on the PC will take the franchise into 3D graphics for the first time.

“We set out to create a unique experience for mobile without sacrificing anything that made MapleStory special,” said Jungsoo Lee, president of Nexon America, in a statement. “We’ve been optimizing MapleStory for mobile devices, and I think both hardcore gamers and casual fans will find the experience just as gratifying and fun as MapleStory.”

MapleStory M brings the nostalgia of MapleStory to mobile — an authentic massively multiplayer online role-playing game (MMORPG) experience — that you can play on your mobile device. MapleStory M offers the same endless amount of customization, immersive storylines, and epic boss raids that fans come to expect from the epic MapleStory franchise.

In MapleStory M, players will return to the Maple World with all the familiar characters and monsters. Maplers can play as five unique MapleStory Characters hunting for loot in Daily Dungeons, level up, discover new locations, and play with friends in epic boss battles. 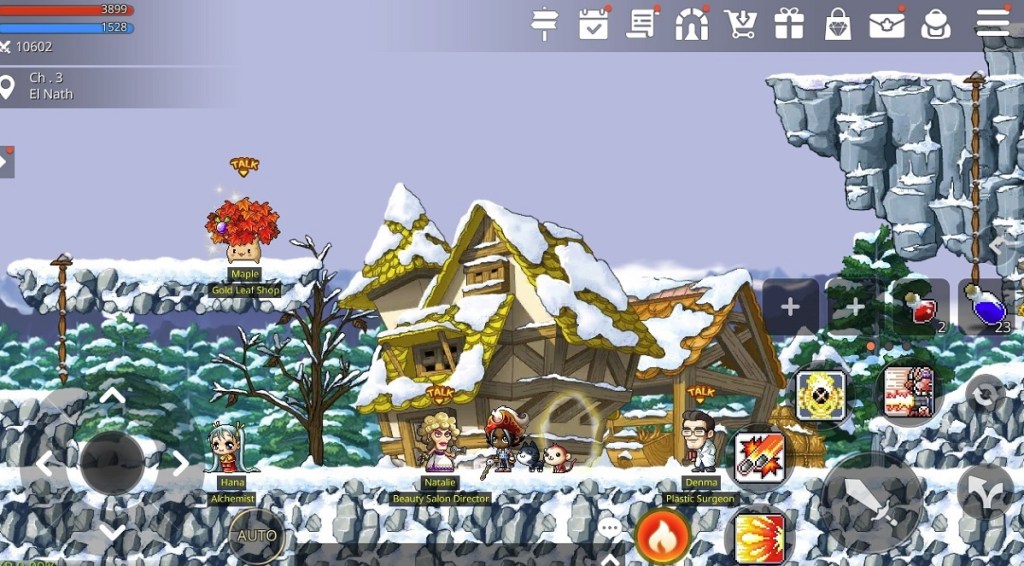 Players can relive the original MapleStory on a mobile device and explore familiar cities including Henesys, Perion, Kerning City, Elinia, and more. They can play in real time in an open-world MMORPG with live game events, and they can purchase a bunch of cosmetic decorations, compete with players from around the world in Level Ranking, Mu Lung Dojo, and more. And they can create or join a guild with friends to raid challenging epic bosses.

Players can join a raid party with up to 10 players and battle against Zakum for exclusive rewards. MapleStory M soft-launched in Canada, Australia, New Zealand, Philippines, and Indonesia on May 28, 2018, and it will launch globally in nine total languages and 140 countries later this year. The game launched for the first time in South Korea in October 2016. At that time, it got 2 million downloads in its first two weeks.