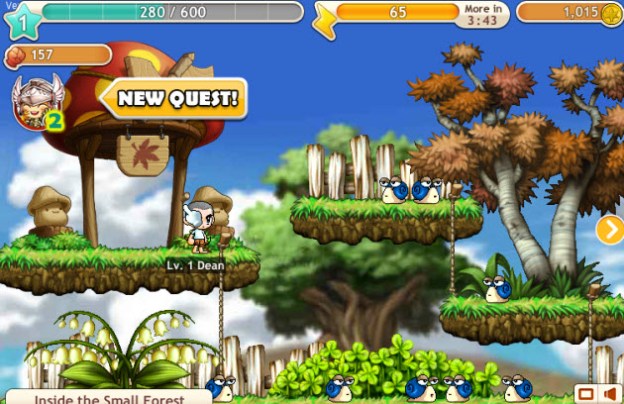 South Korea’s Nexon has specialized in making big downloadable role-playing and action games on the web. But the company is adapting to the new age of social games by launching its first Facebook game, MapleStory Adventures. 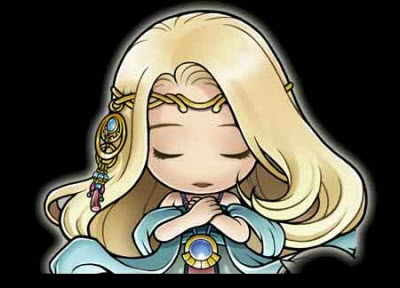 The game is in its closed beta stage still, meaning users have to request and receive permission to play. Over time, Nexon will roll the game out to more players. The move is one of the signs that big game publishers are now ready to move in on Zynga’s turf in social games, even as Zynga — which has 249 million monthly active users on Facebook — expands to mobile platforms. Nexon clearly hopes to take its established brands such as MapleStory — which has more than 100 million registered users — and launching them on Facebook.

MapleStory isn’t so hard to adapt to Facebook, since the web-based game is a two-dimensional side-scrolling massively multiplayer online game. On Facebook, the game is just as cute as it is on the web. It is story driven, with the game’s guide Emily leading you through a fantasy world on a series of quests, such as capturing a dozen blue snails. The game has constant music and you hear amusing whacking sounds when you beat up the snails. Once you complete a quest, you level up and can do more things in the world. 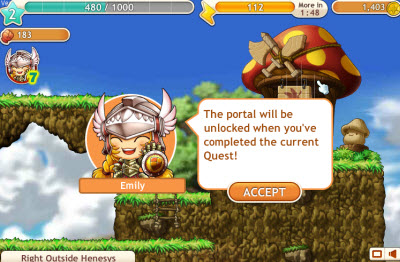 Players will be able to play two different kinds of characters: magicians or warriors. You can customize your avatar, or character, to look like yourself. The interface and game play are simpler in the Facebook version. Each area has a variety of cute non-player characters and monsters to fight. You can hire your friends to join your party and help you attack monsters in an asynchronous fashion. That is, you take one turn at a time and your friend does not have to be online for your game session. Players can send each other gifts to boost energy, open mystery boxes or get better skills.

“The closed beta period for MapleStory Adventures marks a watershed moment for Nexon,” said Daniel Kim, chief executive of Nexon America. “One of our key goals is to open our games to the widest audience possible, and Facebook is the perfect platform to both introduce new players to the MapleStory franchise and allow current fans to extend their experience into a new social territory.”

The open beta test will come soon and it will add new areas to the game.