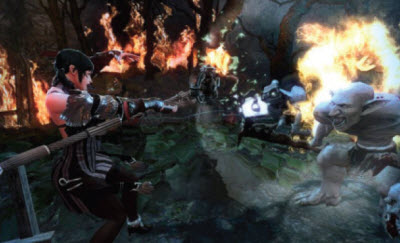 The deal was Japan’s biggest IPO this year and it doesn’t augur well for Zynga, which plans to start trading shares on Thursday.

Zynga hopes to raise around $1 billion at a smaller valuation than it initially hoped because of weak financial markets. The IPO is going to be a nail biter, as at least one analyst said Zynga’s price range of $8.50 to $10 a share seems too high.

Nexon’s market capitalization is less than $7 billion, while Zynga is shooting for $8.9 billion. But Nexon is more profitable than Zynga, with year-to-date profits at $260 million, compared to $30 million for Zynga.

Nexon, which pioneered the free-to-play and virtual goods business model, grew up in Korea and recently moved its headquarters to Tokyo. It is part of a $49 billion games market, and Nexon said it expects growth across all markets.

“Part of the problem is that they priced it at fair value, so it wasn’t going to come on at a huge premium,” said David Gibson, an analyst at Macquarie Capital Securities in Tokyo, in an interview with Reuters. Some Nexon shareholders were allowed to sell their holdings immediately. Nexon has more than 77 million monthly active users.