Owen Mahoney is a gamer. The chief executive of Nexon, the Tokyo-based online gaming giant that pioneered free-to-play games, is unhappy with the state of the industry. He says that for the past five years, creativity hasn’t been rewarded.

Companies that clone other titles or figure out how to rip off gamers with free-to-play scams are getting rich, while those that are truly creative are getting lost. That’s one reason why Mahoney, who became CEO of Nexon in March, has been seeking out seasoned game creators. He has invested in Western game comapnies such as Rumble Entertainment, John Schappert’s Shiver Entertainment, and Brian Reynolds’ SecretNewCo.

Rather than backing console games, Mahoney is putting money into digital games such as mobile or online game startups.

We caught up with Mahoney at the Electronic Entertainment Expo video game trade show in Los Angeles last week. Here’s an edited transcript of our conversation. 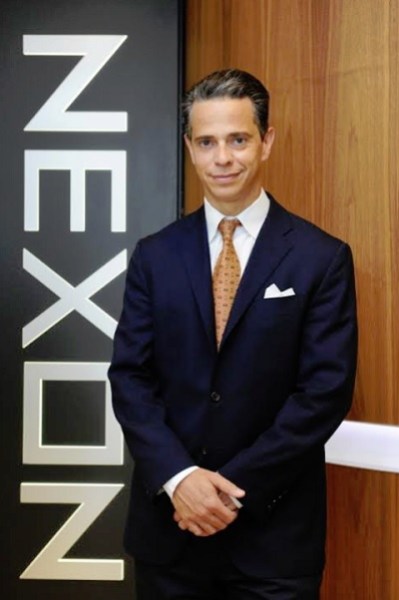 GamesBeat: What’s your view of E3?

Owen Mahoney: I want to see more games that blow my mind with their differences. I love multiplayer games — we make multiplayer games exclusively — but every once in a while, I’ll see a single-player game that I really love. I was playing Transistor the other day and really just — I don’t know if you’ve seen it. It’s by the guys who made Bastion. It’s just beautifully done. It has great art, great music, great sound design, original gameplay. I didn’t like everything in it, but I liked most of it. I wish our industry would do more of that.

That’s what we’re trying to do. We continue to do different things. You’ve seen our announcements. We’ve done more investments and publishing arrangements of the kind we did at the end of last year. We want to keep pushing that. The stuff that you’ll see us put out in the next few months—We’ve been fairly quiet. But it’s going to start to see the light of day in the last couple of quarters of this year, and into next year.

You may have noticed Legion of Heroes, one of our mobile games, doing very well in Korea. It’s in the top 10, which is a big deal there. It’s one of the only top-10 mobile games that’s not on Kakao. The only other one is FIFA Online Mobile, which is through our partnership with EA.

You’ll see us do more of those types of things. They won’t always be successful. When you push the line creatively and try to do new things, it won’t always resonate, but that’s what we’re trying to do. It comes from a consensus in our organization that we want to be fun and different. Those are the big things for us.

That’s the viewpoint from which we look at E3, which I’d say is very much as a consumer. I just wish we would try things that are very different. 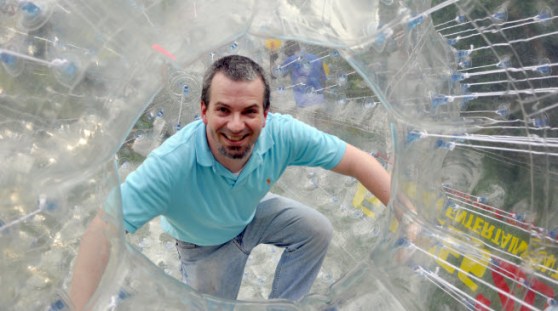 Above: Nexon has invested in strategy designer Brian Reynolds’s SecretNewCo

GamesBeat: The investment strategy looks, from the outside, like putting money into Western developers that people will recognize. The names are familiar names.

Mahoney: That’s not the strategy per se. Not all the companies that we put money into or partner with are well-known companies. We’ve passed on some that are well-known. Our desire is to look at what they’re working on, look at the philosophy that guides them, and ask if that philosophy is consistent with ours. If it is, we’ll want to lean into it.

Again, our philosophy is that if you’re trying something different from what’s out there now, and if the gameplay you’re going for is fun, then we get interested. From there, we go through an iterative process that simplifies down to asking ourselves, “Is this a game we’re going to care about in five, 10, 15 years?” If the answer is yes, we’ll invest and want to make it happen. 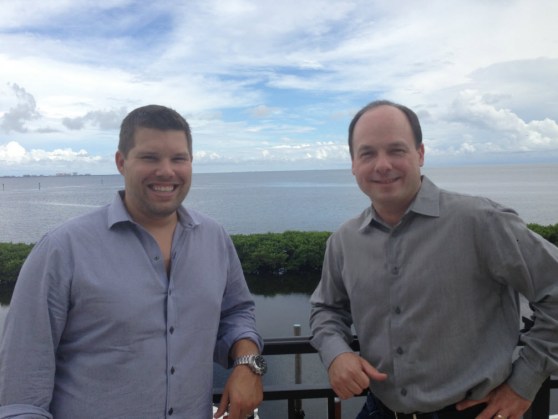 Above: Jon Osvald and John Schappert of Shiver Entertainment. Nexon has invested in them.

GamesBeat: With the investment timing, it looks like you can do this with a little more confidence, knowing that something good will come out. For a while mobile seemed a little too much like the Wild West. It seemed unpredictable where the hits were going to come from. Some things have stabilized now. The top 10 grossing companies on mobile are staying the same. The top downloads are changing, given certain viral successes, but who’s making money is becoming more static.

Mahoney: That may be the case. We’ll see how that goes over the upcoming months. My belief is that we’re coming out of what I’d consider to be five very bad years in the games industry. The bad years started around 2007. There was this false dichotomy in the business. You had the big established publishers – not just in the west, but also in Japan – where they had a hard time understanding what the impact of online would be on their business. Even when they were forward-thinking and pushing into online, they had a hard time learning a new set of skills and how to make a synchronous online game work. To way oversimplify what happened, they put a lot of resources into graphics fidelity.

On the other hand, you had a lot of people coming out of the Facebook world and into the mobile world who didn’t care about games at all. They were on record as not giving a damn about gameplay and game quality. The founders of these companies were not game players themselves. We all know who those were. What they never tried to do was ask themselves, “What’s a good game? What inspires me? What’s fun to do?” They might have asked, “What’s addictive?” But that’s different from what’s fun.

Then they thought that they could reskin the same gameplay into five different games. They thought they could copy someone else’s game and bring a large audience to it. They found that their revenues skyrocketed, but they were hitting the afterburner the whole time. They fell to earth when people got sick of dumbed-down games. In private conversations they’ll admit that those are the kinds of games they made.