GamesBeat: I never really got a chance to talk to you guys about NCsoft. What is that relationship like?

Mahoney: We’re their largest investor now. From a stock price perspective, we’re unhappy because it’s down. The financial side of the house, which is me, doesn’t like that part. But our strategic rationale remains the same as a year ago when we made the investment. They have one of the best IP benches in the world. They’re lead by one of the great creators in the world, T. J. Kim, who’s very active. He has a great team around him.

What we think is that we can really help them with the things we’re good at like free-to-play — how to do it well, how to make it sustainable, how to grow it over time, and how to bring it to international markets. They’ve had some challenges in those areas. They’ve met challenges going over to free-to-play. A lot of their revenue is still in subscriptions. They also have had less success doing international than we have. Our largest market is China, then Japan, then Korea. We have a lot going on in southeast Asia and some in North America and Europe. We’re very broadly based, while they’re still concentrated in Korea. We’re thinking of things where we can bring our strengths and theirs together.

GamesBeat: By the way, your name came up in the “potential EA CEO” sweepstakes.

Mahoney: I wish that would die, because I’m very happy at Nexon. I can’t figure out who says this. Whenever I ask, “Who’d you hear that from,” it’s just, “Well, somebody associated with EA.” It seems like it’s a lot of investment bankers. I don’t know.

GamesBeat: The other thing I wonder, is there anything to learn yet from Kakao and Line. What caught my attention were, say, five or ten Google Play games in the world. These mobile messaging networks are very hot.

Mahoney: I use the networks, and they are nothing new. It’s funny. I use Line all the time. I think the user experience in Line is really good. Everyone uses it in Tokyo. It is very well done. But the question is, as a game platform, how well does it work? The answer is, it works reasonably well, but I wouldn’t want to be in the platform business right now. The big secret of the platform business is that it’s a very tough business. When you think about how much the world has changed in the last 18 months, on any platform you’d think of. The big topics in Japan are Gree and DeNA, plus Android, and Apple. The big topics in Korea: you’ve got Kakao, Android, Apple, and a few others. In North America you have Android and Apple, Facebook, and then this dark horse in the form of Amazon.

A platform is like a bridge across the river. The technology business loves to talk about increasing returns and unfair monopoly — like rents that you can charge because you’ve got a network effects business — things like the fax machine or eBay, where the more people have it, the more everyone else has to have it. But it’s like a bridge over a river. If you have the only bridge over the river, then you’re a price maker. If there are five of them, you’re a price taker. When I think about how fast the topography of platforms has changed, in any territory where we do a lot of business — Japan, Korea, North America — in the last 18 months, it sends shivers down my spine to consider if we ever wanted to be a platform company. It’s not very pleasant to think about. 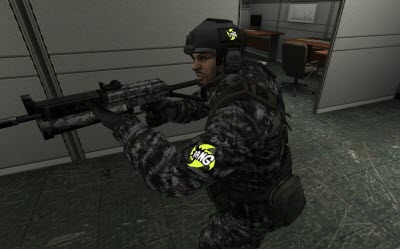 GamesBeat: The funny thing in the games business with that is that if you were a studio or a game maker, nobody thought you were a good investment. But if you had a platform – say, Activision, with the Skylanders platform – people would say, “Oh, you could own the world! We’re going to invest with you!”

Mahoney: That’s because we’ve all been trained by Microsoft and eBay and fax machines. They used to write about this in the Harvard Business Review. Literally, there was an article 20 years ago that I remember reading, about taxing the path on the way to the customer.

Let’s look at the Android/Apple example. Maybe 13 or 14 months ago, I had lunch in Silicon Valley three different times in the same week with three different venture capital people. You would know them. They’re very senior, very well-connected. They basically said, “My portfolio companies are giving up on Android now until they get their act together on payments. We can’t monetize on this damn platform. You might have a jillion people, but the user experience is so broken when it comes to getting a payment that it’s not worth it.” They were all stopping Android and all piling into Objective C and iOS development. They were saying, “We’re going over to Google and begging the guy who runs the payments group to work with the guy who runs the Android group.” Apparently they didn’t. This is what I’ve heard. They didn’t even like each other. But everyone wanted them to be more like Steve Jobs and fix this stupid user interface.

That was 13 or 14 months ago. How much has changed since then? They fix a few things, and now suddenly you can do a real business. You can charge somebody for something on an Android phone without giving them a bunch of broken links and a terrible user experience. Now the numbers for Android start to really matter from a payments perspective. Android is in contention.

There’s been similar war that’s gone on and a similar discussion topic all over the world in different markets. There are some of the same players and a lot of different players. I got a demonstration of the Kindle Fire about six months ago, because they were interested in setting up in Asia and their games team wanted to sign up the content. They don’t disclose, publicly or even privately, how many units they have installed, but the analysts seem to have it at 30 to 40 million units as of six months ago, probably in the United States. I thought that was fascinating. What’s the installed base of Xbox in North America now? I think it’s about 40. Cut that in half for the Gold membership, the people behind the paywall. Now you can start to do the comparison. We think of Xbox as this huge platform, but you’re going to make a lot more money off some little device like the Kindle Fire.

GamesBeat: What’s the significance of that?

Mahoney: When we bought Gloops, we compared Gloops’s MAUs, pay rates, and ARPPUs to our Japan MAUs, pay rates, and ARPPUs, because they’re mostly in Japan. Their MAUs were roughly double our Japan MAUs. No surprise, because it’s mobile. Their pay rates were the same and their ARPPUs were the same. This is a browser-based role-playing game on a small-format phone versus a fully-featured 3D MMORPG on PC. That’s amazing. It’s shocking. In other words, we can monetize a browser on a mobile phone in the same way we can a full-featured workstation-style PC that sits under your desk.

Then you apply that back to the numbers for some of these new devices or platforms, which are astonishingly big. That’s the mobile opportunity right there. That’s why we’re so excited about what we’re doing in mobile, which is immersive free-to-play role-playing games. From experience, we know we can monetize them just as well. That’s the thing the industry is missing right now.

When you apply that back to platforms, we haven’t made any announcements. We don’t know whether we’re going to support the Kindle Fire. We’ll make a lot of choices about platforms, but we’ll just have to be careful about resources. The point, though, is that’s a real platform now. You don’t hear Amazon making a lot of noise about this. They’re one of those companies that likes to quietly sew up an industry before they start to talk about it, like they did with AWS. But it’s interesting to think about the implications of all that. The platform wars are pretty ugly.