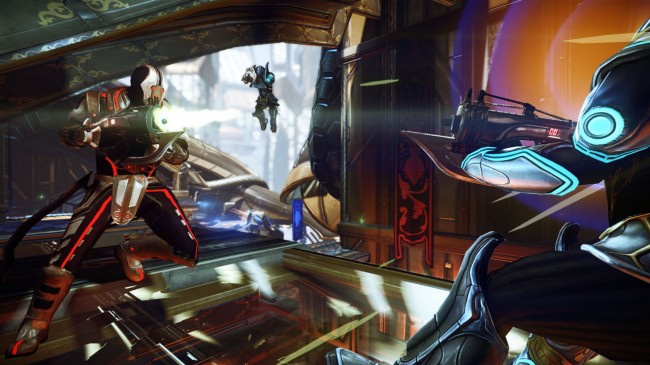 OK, maybe “Nexuiz” will be a little easier to remember due to its history (having its roots as a free-to-play shooter from 2005). And as of this writing, during the week of its launch, the game also has many more online participants than CellFactor did when that first came out. That’s good news for developer IllFonic and publisher THQ.

The bad news? Only crazy people will be playing Nexuiz months from now….

Halo is one of the slower paced representatives in the shooter genre, but its Spartan combatants might as well be running around in giant sumo fat suits compared to the speedsters in Nexuiz. The zippy gameplay harks back to the days of the aforementioned Quake and Unreal Tournament, when instant-twitch action and reaction were perhaps more important than the actual weapons you were firing.

At first, playing Nexuiz involves a lot of circle-strafing, desperately firing at targets who can move faster than you can track them, missing more than hitting. It feels way too fast, way too furious. But as you adjust to the speed and learn the weapons’ nuances (and their secondary, alternative firing modes), you will start appreciating the game. You will anticipate opponent movements. You will find optimal routes to bring enemy flags home. You will dart through the labyrinthine stages, rocket jumping (which the game has a dedicated button for) and hitting launch pads with streamlined efficiency. All of a sudden, you’re pretty good at Nexuiz.

Then you reach another plateau in your connection with this game when you learn to take advantage of its Dynamic Mutators. These can come from pickups, when capturing a flag, or via killstreak rewards, and they come in many different forms. Some are purely offensive in nature (faster firing, infinite ammo, double damage). Some are defensive (extra health regeneration, protection from head shots, heavy home flags). Some mess the game up for everyone (slick surfaces, light gravity, retro or black and white graphics). And some are just plain goofy (turn everyone’s heads into that of one of the designers).

That’s just a tiny sampling. Nexuiz has a huge arsenal of these game-modifying Mutators. Though this feature doesn’t necessarily make this a must-download winner, it does add a lot of unpredictability and variety to what would otherwise be fairly standard shooter fare. The problem is — and this goes back to that “crazy people” remark — you’ll have to play an unreasonable amount of online sessions to earn enough points to customize this system (to make certain Dynamic Mutators appear more often in your ranked bouts). It took seven matches before I could even start with one fraction of a singe level-one power, and they get progressively more expensive through the five tiers. You’d have to be awfully dedicated if you want to do any customization at all. But that’s all optional — and for the crazies — so it’s nothing most gamers would have to worry about. 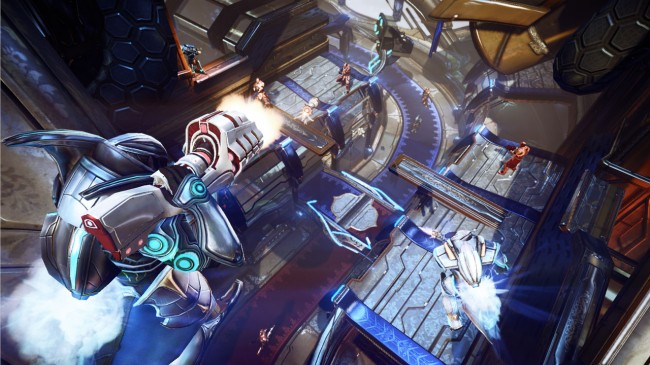 Maybe you’re more tortoise than hare, and Nexuiz is entirely too speedy for you. That’s understandable. This one will only appeal to a specific subset of (probably old-school) shooter fans. But some of Nexuiz’s troubles are a bit more universal and may even turn off the most hardcore of players.

To start with, someone’s gotta work on optimizing load times and matchmaking. I was curious how long it took from choosing a Quick Match (with no other search restrictions) to actually playing one, and I’ve been clocking them from two to literally over four minutes. Some of that comes from the game looking for the minimum number of players (six), and some of that is just the actual loading of the stage. Four minutes is an awful long time to wait for a round to start.

Six-player matches (the most common) can be problematic, too. You only get to play team deathmatch or team capture the flag, so it’s almost always three vs. three. On the bigger levels, that leads to a lot of running around with no one to shoot. And if one or two people drop out, the shorthanded teams are simply screwed. I most certainly did not enjoy the time I ended up playing CTF by myself vs. three foes. I wasn’t sure whom I was more mad at: the guys who didn’t take it easy on me or the guys who left me to my fate.

For all the effort the developers put into creating Mutators, they seemed to have forgotten about the weapons themselves. They’re almost all forgettable, and their alt-fires show little creativity. A machine gun (which can shoot more slowly and more accurately with secondary fire). A rocket launcher (whose rockets you can detonate early). A sniper rifle (with –shocker — a scope zoom!). Yes, I’m picking the most boring representatives of the arsenals to make a point, but trust me, the other guns really aren’t worth writing about. I will say, however, that it is refreshing to have an unlimited-ammo shotgun as a starting weapon. It gives the first few post-spawn-in seconds a different, more up-close dynamic than we’re used to with shooters with standard-issue assault rifles. 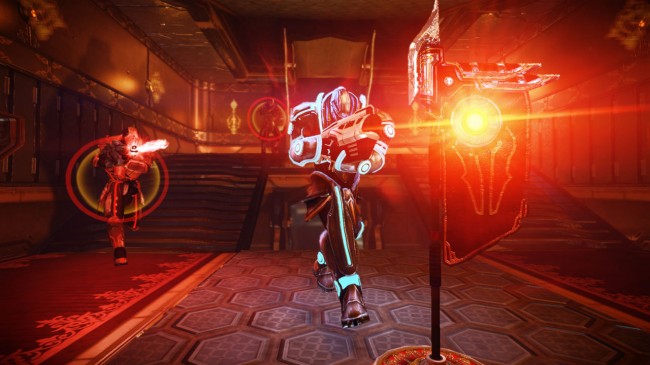 Shooter fans who have trouble sitting still and want nothing but nonstop, fast, fast, fast action can enjoy Nexuiz for a little while. It’s a fully competent Quake or Unreal Tournament clone with extra unpredictability that comes from Dynamic Mutators. One second you might be flying around in temporary jetpacks, and the next you might be playing in a new, forced third-person view. Purists may shun these “instant mods,” but then they can just go back to, well, Quake or Unreal Tournament. These random variables add some flavor to each match. But with limited multiplayer options (and no single-player modes other than bot training), long waits for matches to start, boring weapons, and a carrot-on-a-stick progression system that is way more stick than carrot, Nexuiz is doomed to obscurity.

The current version of Nexiuz was released on February 29, 2012 for the Xbox 360 (with PS3 and PC versions to arrive later in 2012). A download code was provided by the publisher for the purpose of this review.