Sony and Microsoft launched their video game consoles in China in 2014, but there wasn’t much to celebrate about the sales back then. But slowly, the console game software, console game hardware, and TV-based game software market has grown, with revenues in China expected to increase 14.6 percent to $736 million in 2018, according to market researcher Niko Partners.

In 2018, higher game software sales will offset a slight decline in hardware sales, as the current console generation is starting to show its age.

Niko projects 2018 console and TV-based games software revenue to reach $471 million, up 32 percent from 2017. This growth comes from an analysis of the tie ratio — or the number of legal and gray market titles sold for each console this year. The gray market refers to consoles that are illegally imported into the market from other regions.

“China’s market for game consoles is often overlooked, because the revenue is much lower than for the key segments of PC Online Gaming and Mobile Gaming,” said Lisa Cosmas Hanson, managing partner and founder of Niko Partners, in a statement. “That said, Sony, Microsoft, domestic competitors, and possibly even Nintendo are active in China and sales have surpassed [three-quarters] of a billion dollars — so despite the barriers to entry, success is profitable.” 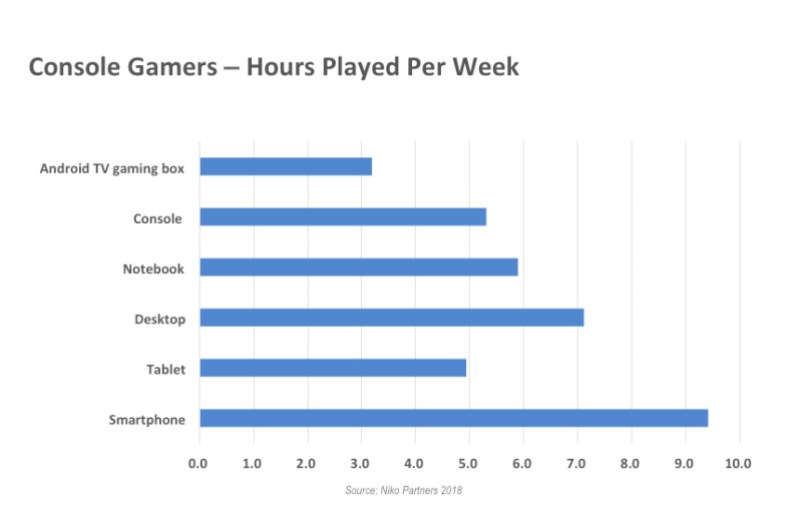 Above: Chinese gamers play a lot of hours per week.

Niko said that the tie ratio will reach 10 in 2018 — or 10 games sold for every console. The release of new popular titles has accelerated that. Niko forecasts console and TV-based game software sales of $897 million, or more than double the 2018 number, in 2022.

As for hardware, Niko projects 2018 hardware revenue of $265 million, down 7 percent from 2017. The data includes legitimate and gray market unit sales, as best as it can estimate. The decline is primarily due to lower sales of gray consoles, which are partially offset by higher sales of legal consoles. 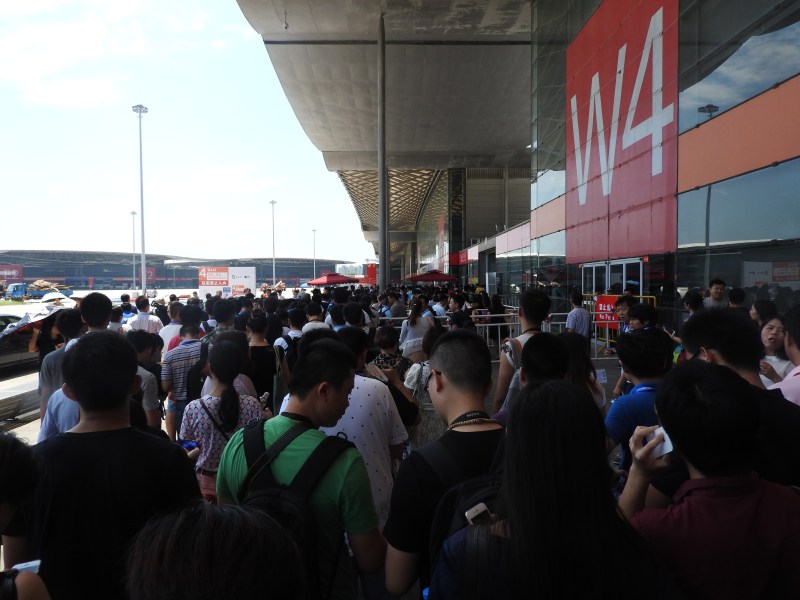 Niko estimates that 24.37 million gamers will play consoles and TV-based games by 2022, essentially doubling from 2018. Total gamers in 2022 in China will be 768 million, with many playing both PC games and mobile games.

The majority of console and TV-based gamers that Niko Partners surveyed in 2018 said they are spending more time playing games on consoles than last year.

Niko’s China report also includes a number of factors that console makers need to overcome in order to succeed in this niche market (compared to PC and mobile gaming in China), including cost, piracy, and government regulations.