Senua has a mental illness, and she carries a huge sword. That makes her very dangerous.

She’s the heroine of Hellblade, a new indie game with triple-A production values from Ninja Theory, the Cambridge, United Kingdom game studio known for its sword-fighting titles like Heavenly Sword. The game takes the usual fantasy plot and turns it upside down by adding a strong female main character.

Dominic Matthews, the product development ninja at Ninja Theory, said in an interview with GamesBeat that the game is set in the days of Celtic myths, and Senua has to embark on a very personal journey through a hellish environment while trying to stay sane. It is a truly beautiful game. And while Senua is a badass character, she vanquishes enemies in a state of madness and fear. Traumatized by a Viking invasion, she evokes a sense of madness, fear, and outright panic. 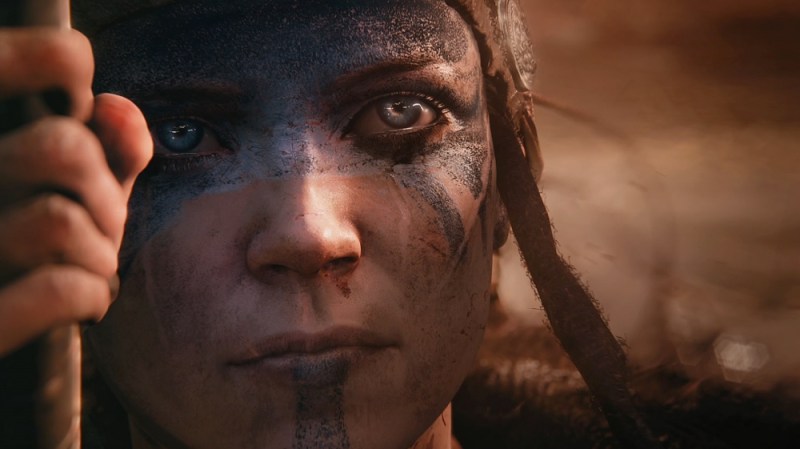 “It’s about Senua’s journey into hell, and hell is a manifestation of her own mental illness,” Matthews said. “She suffers from psychosis that makes her see hallucinations and delusions. As the player, you see the world through her eyes.”

I saw the game atop a windy roof at a preview event in Venice, Calif. The game, which uses the Unreal Engine, has beautiful 3D graphics that take you back to the Celtic forests, rivers, and seaside. There are clues hidden in the environment, and Senua has to explore and solve them in order to progress in the narrative. You press a button on the controller and you can shift her into “insight mode,” where she can decipher clues more easily.

When I went into insight mode, Senua saw the face of someone she knew in the patterns on a tree. The face speaks to her, and tells her what she has to do. Every once in a while, some demonic characters arrive, and she has to slash them to death. That gets pretty scary. Ninja Theory sets the mood with a nasty storm in the middle of the night. Hellblade is certainly brutal, spooky, and disturbing. Ninja Theory does a great job of setting up the madness scenes amid a rainstorm in the dark, but it can also create beautiful moments, such as the seashore at dawn.

You can tell it’s being crafted by talented developers. The team has 15 people in Cambridge, England, and it is self-funding the title for publication on the PlayStation 4 video game console. The title is one of the first real attempts to create a high-end game, with AAA quality, on the budget of a self-funded indie studio. Ninja Theory has been around for 14 years, always making games with brutal hand-to-hand combat, strong characters, and a distinct art style. So far, the company has been working on the game for about a year. 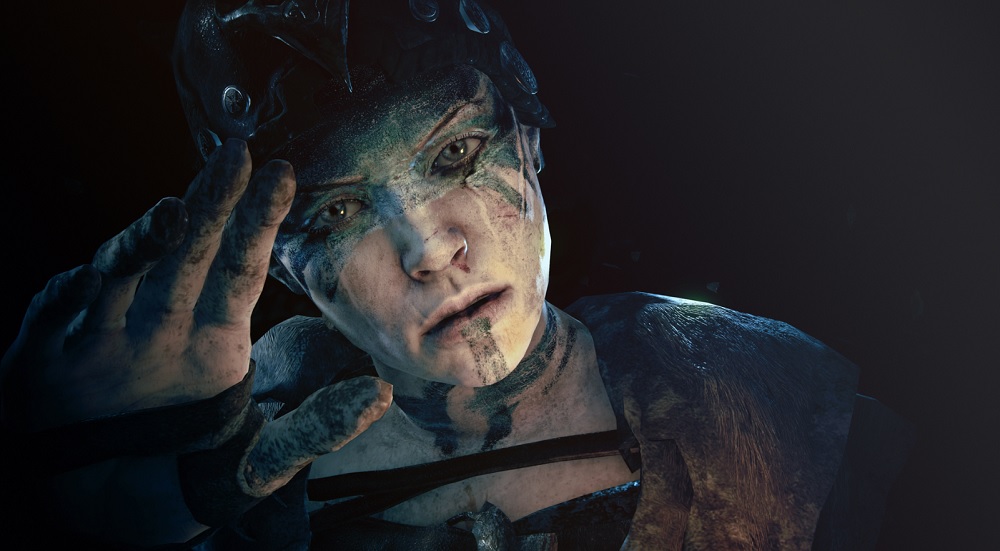 The game will also appear on the Windows PC. Ninja Theory announced the game for the first time last year at the Gamescom event in Europe in August. It also made the PS3 exclusive Heavenly Sword, Enslaved: Odyssey to the West, and DmC: Devil May Cry. Those were all published by big companies.

But with Sony encouraging indie game developers to publish on the PS4, Ninja Theory could have a much easier time staying independent. Matthews said earlier that certain games are hard to make without being watered down or compromised for a mass audience. That is especially true of sword-based combat games with unusual subject matter. The title will come out on the PS4 and the PC in 2016.

Ninja Theory has worked closely with psychiatrist and professor of health neuroscience, Paul Fletcher, from the University of Cambridge, to accurately portray Senua’s mental illness. Fletcher said in a statement that the studio has shown the potential for sharing in a character’s experiences and engendering empathy in ways that go beyond simple academic descriptions. The project is supported by Wellcome Trust, a global charitable foundation that aims to build a greater public understanding of science and health.

“Rather than being a didactic game teaching us about psychosis, Hellblade allows us to explore it through the creation of a compelling and complex character, and the world that she inhabits,” said Iain Dodgeon, creative partnerships manager at the Wellcome Trust, in a statement.

Ninja Theory announced the game early so that it could get a lot of feedback from fans. In the meantime, it is also making a Star Wars play set for Disney Infinity 3.0. The game has lots of lightsaber combat, and it is called Star Wars: Twilight of the Republic.

Ninja Theory has had a lot of ups and downs. It almost went out of business, but it won a deal to make Heavenly Sword for the PS3. That sword combat game, which also starred a strong female character, debuted in 2007. But Ninja Theory never went forward with Heavenly Sword 2, since Heavenly Sword’s sales were weak.

In 2008, it licensed NaturalMotion’s morpheme animation system and created Enslaved for the PS3 and Xbox 360. Namco Bandi Games published that title. Then it moved on to DmC: Devil May Cry, which was released in January 2013 on the Xbox 360 and PS3. 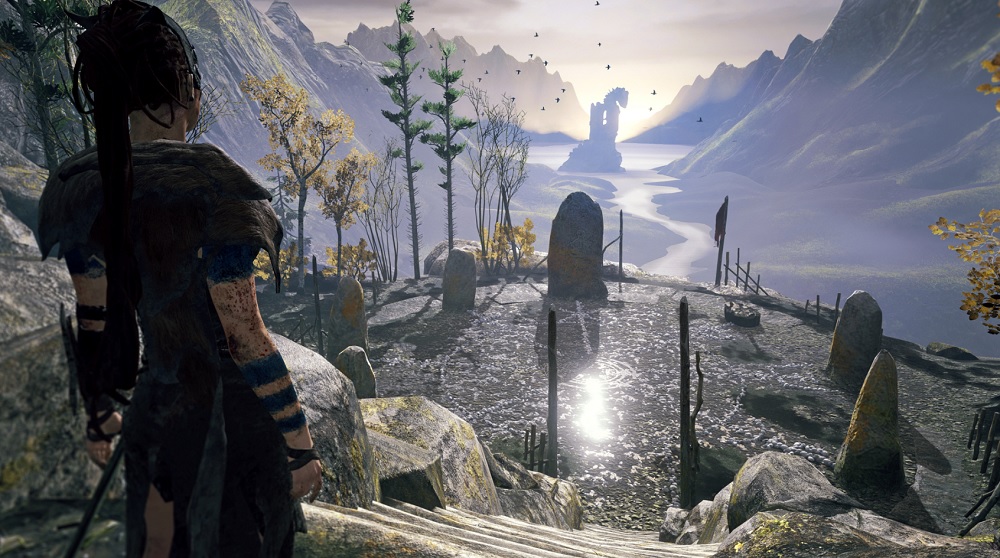 Above: The demo’s rare moment of beauty in Hellblade.