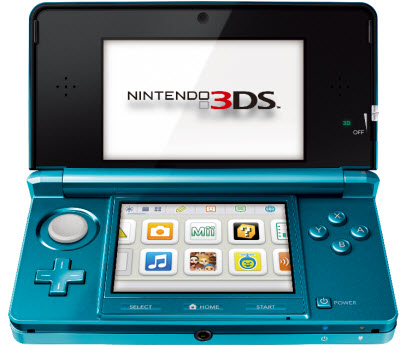 Nintendo has done its best to launch a new era in video games with the launch of its 3DS portable gaming system, which goes on sale for $249 on Sunday. The appeal of this device, which can display games in stereoscopic 3D without glasses, is growing on me. But I’m not sure it’s the greatest thing since the iPhone.

The 3DS offers hope for portable games on a lot of fronts. The video game industry believes it will help reverse a slide in the hardcore game business, and Nintendo hopes it will stave off the threat from Apple’s iOS devices and tens of thousands of free or cheap games on smartphones and tablets. For consumers, the 3DS offers a promise of smarter portable devices that go beyond games, including new kinds of experiences such as 3D movies on a handheld.

So far, I don’t see a killer app for this device. But a lot of people are likely going to buy this on faith. Game retailer GameStop says that demand for the 3DS is very strong, and you can expect to see fans lining up at stores around the country tonight for midnight launches. In London and across Europe, the crowds came out for the 3DS launch. I’m not going to be a grump about the 3DS and say you shouldn’t buy it. But you should know what you’re getting into.

A big difference compared to the typical iPhone experience is that the games cost $40 each, compared to free or 99 cents for a lot of Apple or smartphone games. The 3DS’s big selling point is stereoscopic 3D, which you normally need special glasses to see. The 3DS has a “parallax barrier” technology that lets your eyes see a 3D image, essentially by presenting a slightly different image to each eye. It works, particularly with a slider control turned all the way up. But you have to keep your head still in a sweet spot; otherwise, you’ll lose the view and see a double image or something blurry. 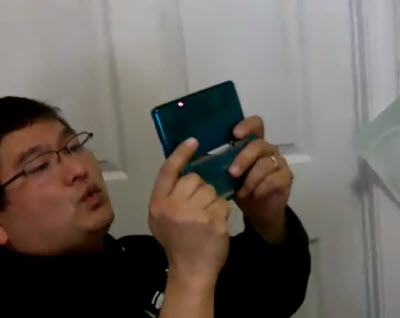 The 3D is probably going to be annoying for a lot of people, so much so that they won’t like it. I’ve pointed in a previous post that the eye strain is pretty bad. If I’ve been playing for a while, it feels like someone has been pressing their fingers on my temples. Some people who don’t see 3D well in theaters aren’t going to like this and may complain about headaches. Nintendo has advised that children under six, a big part of the DS audience, shouldn’t view the 3DS in stereoscopic 3D. Nintendo warns users to take a 10 minute break for every half hour of viewing.

The 3DS is an extension of the Nintendo DS which first launched in 2004. Nintendo has sold more than 146 million units worldwide, which is fewer than the number of Apple iOS devices out there but a lot more than Sony’s PlayStation Portable, which has sold around 66 million units. 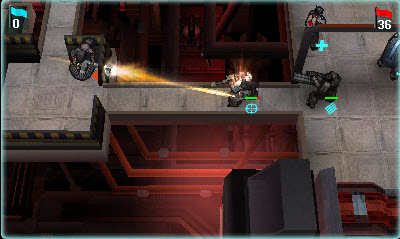 As I noted before, I wouldn’t say that the 3DS made me dizzy the way that really bad stereoscopic 3D can do to you. It just puts a heavy load on my eyes. I notice the problem when I’m playing a game that doesn’t implement the 3D that well. I would say that’s about half of the 11 games that I have tried out so far. If the game is good, I won’t notice the eye strain as much.

Sony evaluated the 3D viewing technology as well and opted not to include it in the NGP, a replacement for the PSP. I think they probably made the right decision on the NGP, which comes out later this year. 3D viewing still seems like too much of a gimmick in games, not a “must have.”

Nintendo in its great wisdom didn’t send me a couple of the most interesting games, Steel Diver and Nintendogs+Cats, so I haven’t had a look at those highly-anticipated games beyond what I’ve seen in previews. I’d like to try watching a 3D movie as well, but we’ll have to wait for word about when the movies will be available.

Among the 18 launch titles, I have found a couple of games that I like. One is Ubisoft’s Tom Clancy’s Ghost Recon Shadow Wars. It’s a top-down combat game where you control a team of elite soldiers who are caught behind enemy lines in Kazakhstan, trying to stop a crazy plot to start a giant war. In the tactical turn-based combat game, you select a soldier and determine whether to move or shoot, then the action plays out as the enemy takes a turn. The sound is pretty good and you can see the occasional cool animation, like smoke hovering over your soldiers in 3D. That is one of the few uses of 3D that I actually liked. Since this isn’t a fast-action game, it doesn’t mess you up when you lose the 3D sweet spot for a second. 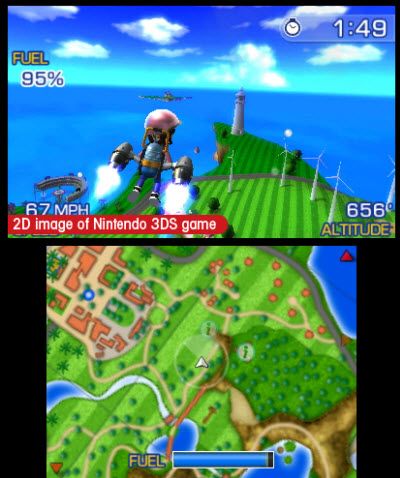 On the DS, games like this felt like you were moving around toy soldiers. But the 3DS really brings the animated action to life. This reminds me that the processing power and graphics of the 3DS are a lot better than its predecessors, regardless of the 3D viewing. In fact, I played the Clancy game a lot with the 3D turned off, since I wanted to play longer than a 30-minute session. It’s not spectacular, but it held my interest a lot longer than some of the other games.

I’ve also enjoyed Pilotwings Resort from Nintendo. In that game, you fly around Wuhu Island — from Wii Sports Resort and Wii Fit — in a seaplane, jet pack, or hang glider. The game uses the new analog joystick game controller on the upper left-hand side of the lower 3DS screen. You use the analog controller to move your plane left, right, up or down.

You can look down on the 2D map to see where you are and then up at the 3D screen to fly. The problem with the graphics is that the 3D makes the screen look nice when it is in focus. But when you move slightly and the image falls out of focus, you get slightly disoriented and have to take a second or two recover. I can fly better with the 3D turned off.

My kids gravitated to the Mii Maker, since they love to create the little cartoon characters, or avatars. You can create a Mii by snapping a picture of yourself. The program converts the image into a cartoon image which you can then modify. You can also play AR Games, which uses the 3DS cameras to create an augmented reality experience based on a set of playing cards. You point the camera at a card and it causes a certain 3D image to appear on the screen. 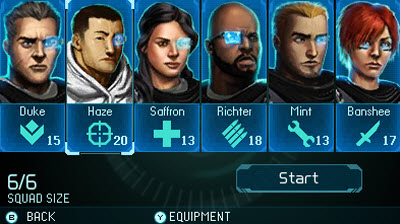 The 3DS also has an internet browser, but it won’t be operational until May or so, about the same time Nintendo opens a store that will let you download apps to the device. The SpotPass and StreetPass wireless applications let you wirelessly receive or send data while on the move, even in sleep mode. SpotPass senses wireless hot spots and it will let users access AT&T’s Wi-Fi hot spots at no charge starting in May.

The device is heavier than a DS, weighing in at 8 ounces, and it is .8 inches thick. Nintendo says it has a battery life of about five hours with 3DS games and eight hours playing ordinary DS games. But I don’t think that’s true. The 3DS seems to run out of steam a lot sooner than five hours.

For all its pluses and minuses, game publishers seem to believe that the device will pull in big audiences. Tony Key, senior vice president of sales and marketing at Ubisoft in the U.S., said in an interview that his company is a big believer in the system and may launch 15 titles on the 3DS this year.

“I think we are in a revival of portable gaming,” Key said. “There is a market for high-quality, unique game experiences.”

As I said before, the 3DS is a nice system with a lot of trade-offs. I’d like to see more games exploit the motion control in the system, just as many iPhone games do. At this point, the system has potential. But if you’re strapped for cash, you might want to wait and see if that killer app comes along or not.