TOKYO — It’s an alliance of Japanese powerhouses, and a long last, it may mean that Mario will make his way to your smartphone. 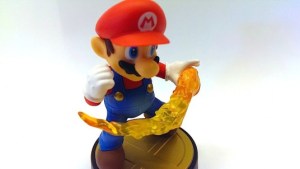 Above: This Italian plumber is also a master in the fireball arts.

Nintendo and mobile game publisher DeNA will form a business and capital alliance, one that will have a profound effect on a mobile gaming industry that could reach $30 billion this year. On top of that, Nintendo chief executive Satoru Iwata announced that Nintendo’s building a new hardware platform, dubbed the NX.

Announced today at a press conference in Tokyo, the partnership means the two Japanese companies will develop new games for phones and smart devices using Nintendo’s intellectual property. This move marks a surprising change for Nintendo, which has a history of keeping its intellectual property on its own consoles. And it should help DeNA strengthen its position in the global mobile gaming market.

“Mobile gaming is our core business, and we definitely wanted to be the No. 1 mobile gaming company in the world — we’ve wanted to be a dominant player,” DeNA West CEO Shintaro Asako told GamesBeat in an exclusive interview. “We were originally focused on the feature phone space and then shifted over to smart phones, and now [we have] a lot of initiative in both the domestic and international markets. But we really want to be leading player.”

Although Nintendo also announced its code-named NX platform, it didn’t reveal any details on this hardware.

The collaboration will allow Nintendo to finally get a piece of the mobile games space. This will also enable DeNA, a multibillion-dollar company, to strengthen its already strong foothold in tablets and smartphones.

DeNA will work with Nintendo to establish a multi-device membership service for these new games, which will feature Nintendo characters and properties. Nintendo’s Wii U and 3DS systems will access the same network. The service will launch this fall.

It’s clear why Nintendo has to make this move, as the Wii U is a distant third in the console race, and Nintendo’s portable gaming stronghold is under attack by free-to-play games on smartphones and tablets.

No ports of existing Nintendo games will come out of this arrangement, we learned at the press conference, though all IPs are eligible for use. So don’t look for, say, the most recent Mario Kart to appear on a tablet — instead, a new version would hit mobile.

Information on upcoming games and when these would come out will be made available at a later date.