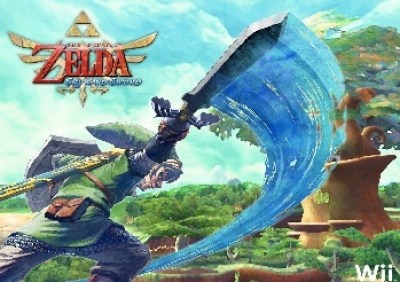 Nintendo announced a number of marquee games for the 3DS handheld today at its press conference at the E3 trade show in Los Angeles. While the first wave of 3DS games arrived in March, these new titles bring out some of Nintendo’s biggest franchises in support of the handheld system.

Among the titles coming is Mario Kart for the 3DS, which can display images in stereoscopic 3D on its 2-inch screen, said Reggie Fils-Aime, president of Nintendo of America.

That long-cherished Mario Kart franchise will hit the 3DS for the first time in 3D in the fall. Nintendo’s 3DS handheld is the Japanese company’s major bid to beat back pirates and hold off Apple from stealing portable gamers with the iPhone, iPod Touch and iPad. In short, big brand games are Nintendo’s main weapon against rivals, such as Sony’s upcoming PS Vita.

Another big game coming is Starfox 64 3D, arriving in September in U.S. stores. Super Mario 3D is coming “before the year is over” on the 3DS. Nintendo also said its Kid Icarus Uprising game for the 3DS — in the works for a long time — will be out later this year. Luigi’s Mansion 2 is also coming for the 3DS this year.

Meanwhile, Legend of Zelda: Ocarina of Time arrives on the 3DS on June 16. Nintendo is also launching its downloadable games store for the 3DS. Owners of Pokemon Black and White versions can access the Pokedex, with 16 new characters, and players can scan special augmented reality markers to get new characters. Each Pokemon has a special AR marker, so they can be superimposed on a picture. Pokedex 3D is available exclusively on the Nintendo eShop on the 3DS. You can get to the eShop after you download a 3DS system update in the coming days.