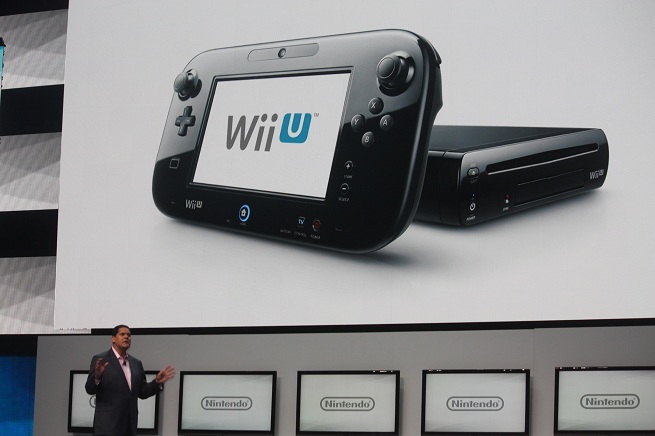 Nintendo is betting that a new style of gameplay will distinguish the upcoming Wii U video game console from the pack.

The new focus on “asymmetric gameplay” is possible because of the new tablet game controller that comes with the Wii U. The Japanese video game company announced today it will be able to support two tablets with one Wii U, but it focused its announcements mostly on gameplay where one player has a tablet and others use Wii remote-control style controllers.

This style isn’t traditional. When playing games, such as football titles, in the living room, both players have the same controller. But the Wii U tablet allows one player to see a small screen with different information than what you see on a display.

Once again, Nintendo is showing that it is willing to make bold bets on technologies that can deliver new kinds of experiences to players. The original Nintendo Wii was laughed at when the company first showed off its motion-sensing controller, but it helped turn the Wii into a sensation that sold more than 95 million units.

The Wii U console arrives sometime this fall and will have lots of titles. Nintendo showed 23 Wii U titles during its press conference today at the Electronic Entertainment Expo (E3) game trade show in Los Angeles. A number of those, such as Ubisoft’s ZombiU, feature asymmetric play. In that title, one player can deploy zombies using the Wii U tablet while the others fight the zombies with Wii remotes.