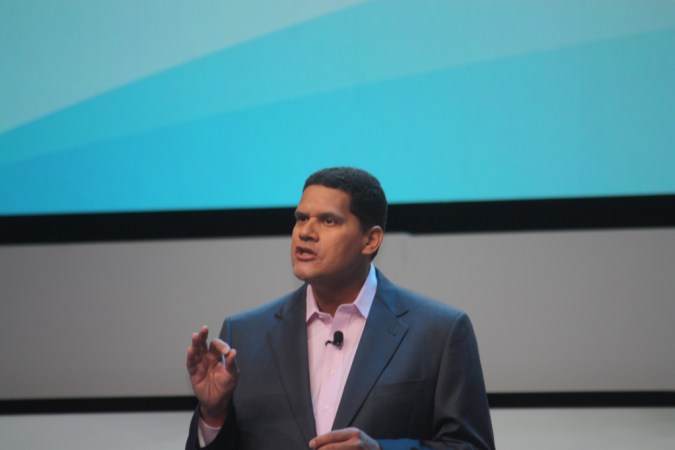 Reggie Fils-Aime, president and chief operating officer of Nintendo of America, said that Nintendo will show over 23 games for the Wii U, the company’s new tablet-based game console, at the Electronic Entertainment Expo (E3) during the company’s Tuesday press conference.

Fils-Aime also confirmed that video streaming from YouTube, Hulu, Netflix, and Amazon: Instant Video will be available on the new, internet-connected system. He further revealed that the Wii U will support the use of two tablet controllers at the same time. Nintendo previously stated that only one such pad would work with a system at a time.

GamesBeat will be covering the Wii U throughout E3, which goes on until Thursday.