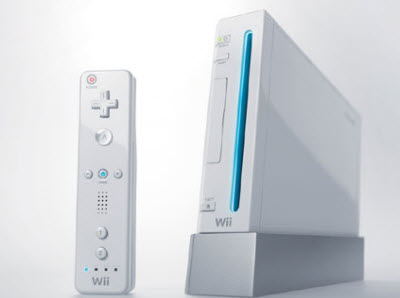 In an attempt to revive sales, Nintendo said it will cut the price of its Wii video game console to $149.99 on May 15 and has chopped the prices of some games to $19.99.

The price cut, which was rumored for more than a month, is aimed at reviving sagging Wii sales and making the system affordable to a new level of mass market consumer who is much more price-sensitive than the typical hardcore gamer. It’s one more sign that the Wii, which is almost five years old, is entering a new stage of maturity. Nintendo has announced it will launch a new console next year.

The lower-priced Wii will include a black or white Wii, a Wii motion-sensing remote, and a copy of the Mario Kart game with a black or white steering wheel. Previously, the Wii cost $199.99 and was bundled with Wii Sports and Wii Sports resort. Nintendo will keep selling that bundle until it runs out by the summer. Some retailers are already selling that bundle for $170.

Although Nintendo has announced a replacement console and will describe it more at this year’s E3 trade show in June, it would be a mistake to assume the Wii is going downhill. In fact, in the previous console generations, the greatest volume of consoles was sold when the price of the machines slid below $100. Since 2006, the Wii has sold more than 86 million consoles. In the past year, Nintendo said it sold 15 million units, down from 20 million in the prior year. Nintendo expects 13 million Wiis to sell in the current fiscal year that ends March 31, 2012.

The timing of the price cut is good in one respect. Sony has suffered a disastrous setback with the PlayStation Network, which was hacked. Sony said hackers got access to the personal records of more than 77 million registered users and that hackers may have stolen more than 10 million credit card numbers.

Reggie Fils-Aime, president of Nintendo of America, said to USA Today that the new console won’t go on sale until the second half of 2012 at the earliest. Nintendo said it will sell four games for $19.99: Wii Sports; The Legend of Zelda: Twilight Princess; Animal Crossing: City Folk; and Mario Super Sluggers. Wii Sports Resort will sell for $39.99 without the Wii remote. Most new Nintendo games sell for $49.99.