Industry observers will closely monitor the Kyoto, Japan-based company’s results for any mention of its next-generation game console, dubbed the NX, which is expected next year, and for any update to its alliance to build mobile games with Japan’s DeNA. Nintendo announced this deal in March, partly as an admission that it had failed to capitalize on the smartphone gaming craze, which now generates more than $10 billion a year in revenue for developers on iOS and $7 billion in revenue for Google Play developers.

Nintendo also had a good year thanks to sales of Nintendo’s game-compatible figurines called Amiibo. Meanwhile, Nintendo’s Wii U game console is still lagging far behind sales of the rival Sony PlayStation 4 and Microsoft Xbox One game consoles. 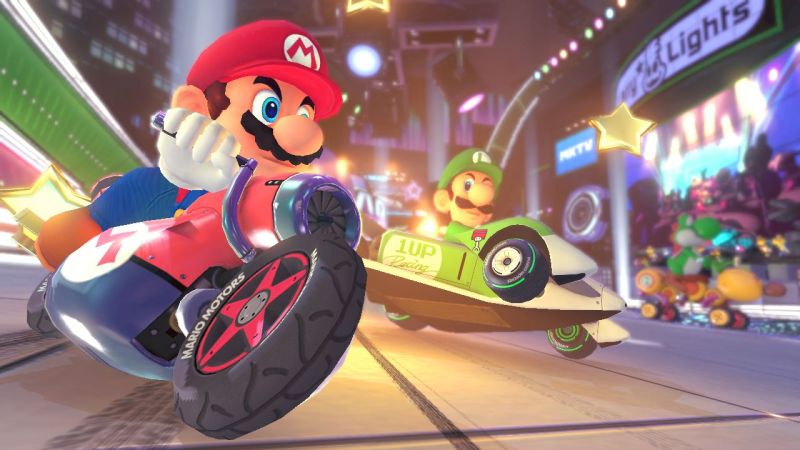 Above: Mario Kart is one of the games that could come to mobile.

In a statement, Nintendo said that sales of the new 3DS and 3DS XL handhelds were off to a good start at launch and continued to sell well throughout the year. Nintendo said it sold 8.73 million 3DS units during the fiscal year and 52 million to date. Nintendo also sold 9.94 million units of its Pokémon Omega Ruby/Pokémon Alpha Sapphire games, and it sold 6.75 million units of Super Smash Bros. for the Nintendo 3DS.

Regarding smartphones, Nintendo said, “In addition, a new source of revenue is expected from a gaming application for smart devices which will be released this year. Based on these efforts, we project, for the fiscal year ending March 31, 2016, net sales of 570 billion yen, an operating income of 50 billion yen, ordinary income of 55 billion yen and profit attributable to owners of parent of 35 billion yen.”