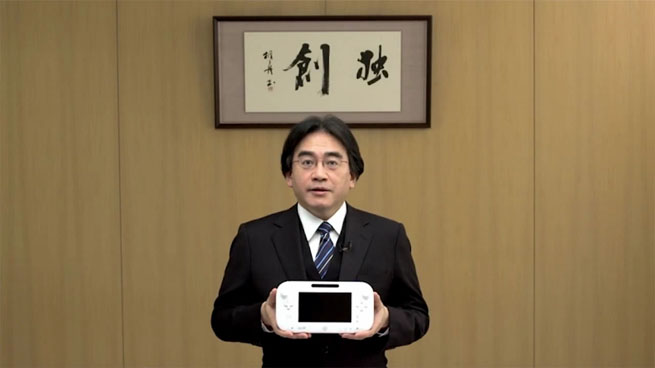 Nintendo president Satoru Iwata claims no price cuts are in the works for the Wii U console, one day after the company reported a third-fiscal-quarter profit, according to the Associated Press.

“We are already offering it at a good price,” he reportedly said while speaking to investors and reporters in Tokyo on Thursday.

During a third-quarter financial results briefing, Iwata said the company has taken a resolute stance in pricing the console below its manufacturing cost and is not planning to perform a markdown.

“I would like to make this point absolutely clear,” he said. “We are putting our lessons from [the] Nintendo 3DS to good use, as I have already publicly stated. However, given that it has now become clear that we have not yet fully communicated the value of our product, we will try to do so before the software lineup is enhanced, and at the same time work to enrich the software lineup, which could make consumers understand the appeal of Wii U.”

Although the company has sold 3 million Wii U units since its November 18 launch, Iwata admits sales of the console and of the Nintendo 3DS handheld ran out of steam during the holiday shopping season. Yesterday, Nintendo slashed its Wii U sales forecast for the fiscal year ending March 31 to 4 million consoles. It previously forecasted sales of 5.5 million. It also cut its 3DS sales estimate to 15 million units, down from 17.5 million.

The Wii U is Nintendo’s first new home console in six years. The basic version retails for $299.99 in the U.S.