Nintendo has proven it can hook its fans with games based on its familiar Zelda and Mario Kart franchises. But the new brawling title Arms for the Switch will be a major test about whether Nintendo can attract new fans to its game console with a brand new idea.

From what I’ve seen in a hands-on preview, Arms is surprisingly fun for such a simple idea. In the third-person fighting game, you get into a punchfest with another player using extendable arms. At a preview event in San Francisco, Nintendo showed off some new game modes and characters that show that Arms has gameplay depth. The final game debuts on the Switch on June 16, and I think it will be a hit.

You start a match with your arms coiled. You hold the Switch’s Joy-Con controllers vertically in your hands. Then you physically punch forward with your own arms to launch a blow at your opponent. The coiled arms spiral outward at your opponent, and if you have calculated correctly, the blow will land on your opponent’s body or face. 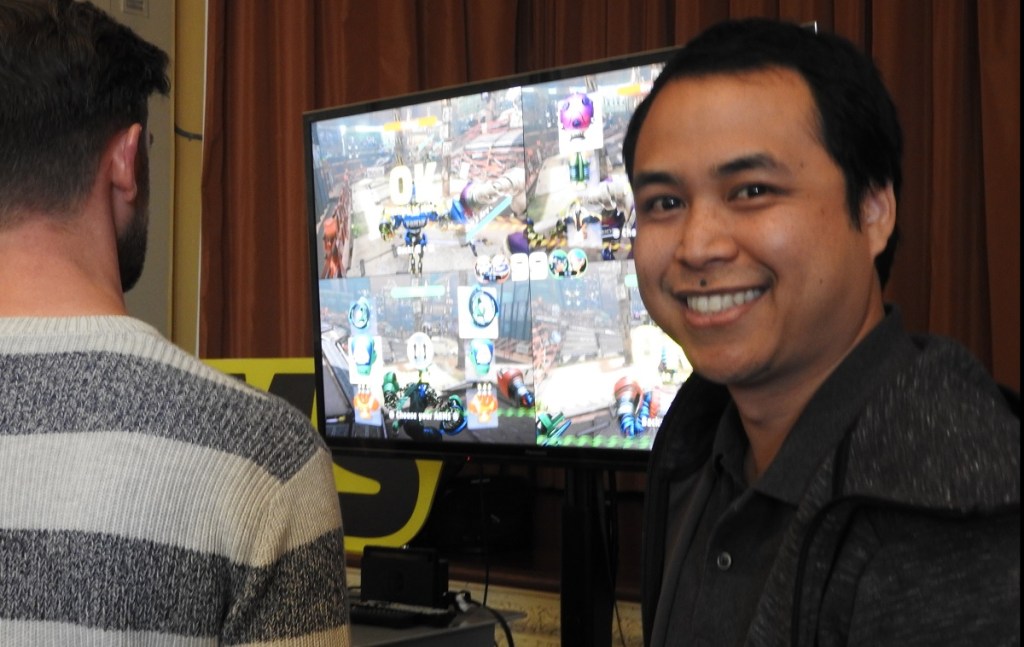 But you can’t just slug straight at your enemy, said JC Rodrigo, manager of product marketing at Nintendo Treehouse, in an interview with GamesBeat.

You have to anticipate where your enemy, who can dodge, will be. You also can’t just flail or swing over and over like you could in other games like boxing on the original Nintendo Wii. 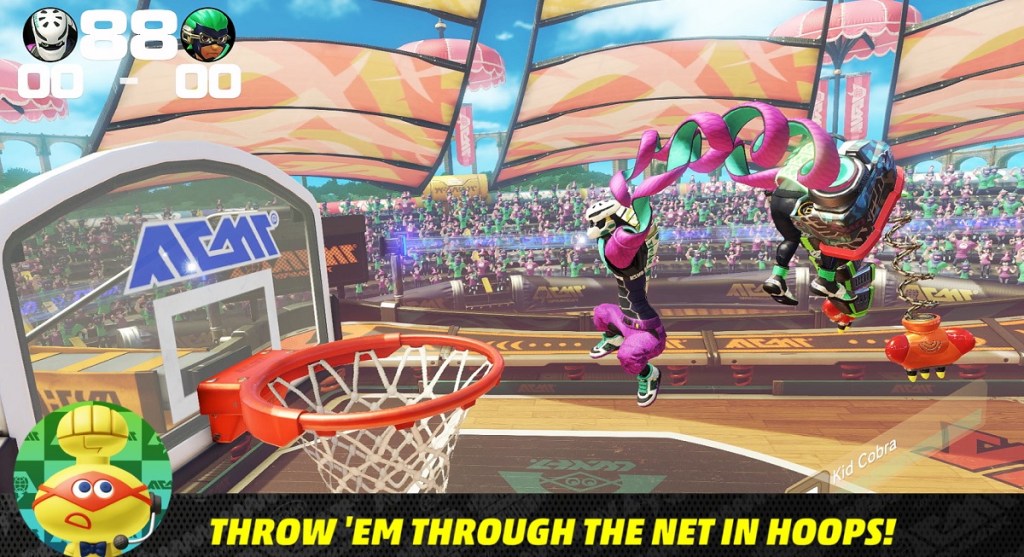 Rather, you can continue to guide your punch as it uncoils toward your opponent. You have more fine-grained control of the punch through your own motions.

Arms has 10 characters, including a few Nintendo is revealing today. The new characters include Kid Cobra, who rides a hoverboard. Each character has three different arm types, and you can mix and match those types at the beginning of the match.

Each type of arm has a different payload. One may simply be a boxing glove that packs a solid punch. Another may be fan that spins around and blocks other blows coming from the other direction. Others may dispatch rockets. It’s a rock-paper-scissors experience. Once you choose your character and two arms, the action starts. Nintendo has a number of different arenas, like the Ramen Bowl or the Snake Park. When you think of all of the characters and arms, you can create 8,000 or so different characters.

I found it quite easy to learn, but hard to master. If you punch out at the same time, the odds are good you will just hit your opponent’s punch coming in the other direction. So you have to move or jump. If you jump and then punch downward, you can surprise an opponent who is thinking in two-dimensional terms. If you punch out with both arms, you can grab your opponent and slam him or her to the ground.

Arms also has multiple modes beyond one-versus-one. You can play two-versus-two. Or you can play Hoops, a one-on-one mode where you try to grab the opponent and slam dunk him or her into a basketball hoop. You can block an opponent’s grab or duck out of the way. It’s a hilarious mode that teaches you how to master the art of grabbing someone, Rodrigo said.

You can also play in a Skill Shot mode. In this one, some targets on sticks (like in a shooting gallery) move sideways across the middle of the playing field. You can either choose to punch the targets with your arms, or punch at your opponent to prevent him or her from hitting the targets.

Rodrigo said you can choose to play with buttons on the Joy-Con controllers, but using the motion controls are much better and more accurate. 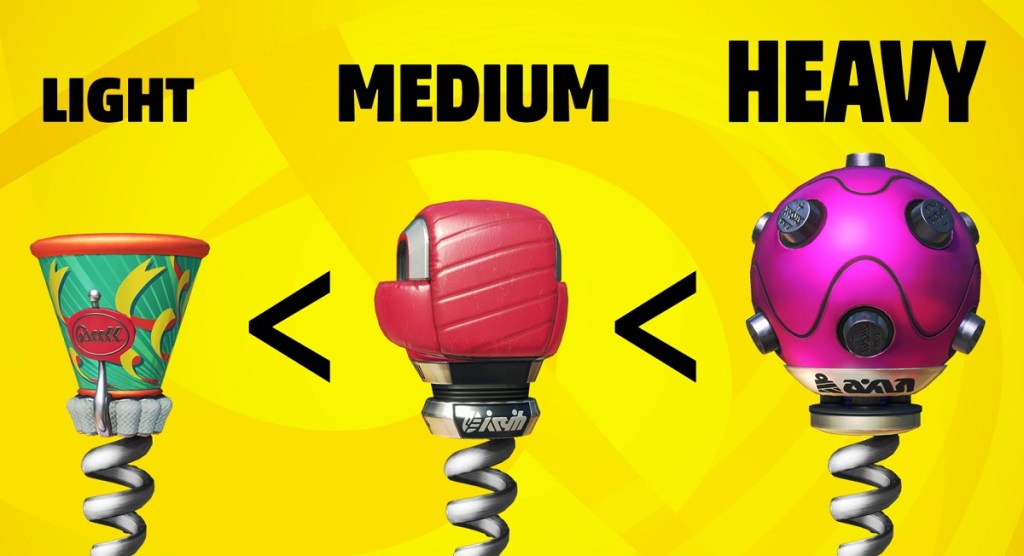 “You have to learn to move and don’t stand still,” Rodrigo said.

You also have to understand the characters and their strengths and weaknesses. Master Mummy is a brute who is very powerful. If you have a weaker character, you have to watch out for Master Mummy’s heavy blows. That means you have to move. You also can’t let the Mummy get those blows off. You can take the Mummy down by raining punches and keeping the slower Mummy off balance.

The game has a lot of nuances this way, and they’re all meant to keep players going for hours at a time.

How did I fare? At first, I had real trouble getting used to the timing. Another journalist beat me multiple times in a row before we switched modes. Then we fought playing the Hoops and Skill Shot modes, and I began to dominate. In Skill Shot, you’re rewarded for punching fast and accurately, while in Hoops, you have to get the timing of your grabs just right.

Once I got some tips from Rodrigo, I went back into the fray. I pummeled my opponent repeatedly and won a bunch of matches in a row. But it wasn’t a fair fight, since I had about an hour’s more learning time than my opponent. That shows that you can quickly move up the learning curve and play Arms like a pro. I think that fans are going to find it’s one of the must-haves on the Switch.