Nintendo took the wraps of Dragalia Lost, an original mobile game that will be coming out on iOS and Android on September 27. It’s the first time that Nintendo has released a new intellectual property directly on mobile platforms, without first debuting on handhelds such as the Nintendo 3DS or consoles like the Switch.

Following a trend for more hardcore games on mobile, the game has the depth typically reserved for dedicated video game systems. It’s a “free to start” fantasy role-playing game where humans and dragons fight together in the Kingdom of Alberia. It uses touchscreen controls for various battle mechanics. It has options to play with up to three other friends in co-op quests, events and Raid Battles.

Nintendo is still looking for a top 10 hit in the near-$70 billion mobile gaming market. It’s released three games so far that have done well: Mario Run, Fire Emblem: Heroes, and Animal Crossing have all found audiences but aren’t sniffing the turf of Candy Crush Saga yet.

Nintendo said the game can easily be enjoyed in short bursts or longer play sessions. In Dragalia Lost, players build a customized party of adventurers and set off on a grand journey. 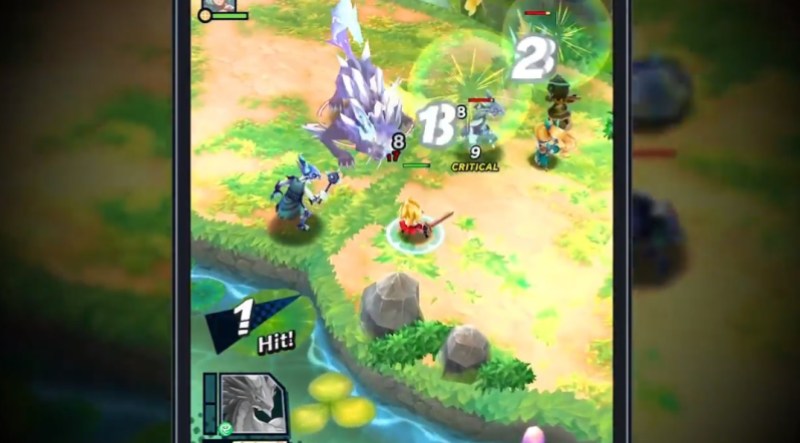 “Our mobile strategy is expanding with the launch of Dragalia Lost, the first original IP from Nintendo to launch on mobile devices,” said Doug Bowser, Nintendo of America’s senior vice president of sales and marketing, in a statement. “Fans are looking for a variety of experiences on mobile devices, and this vibrant action role-playing game perfectly complements our other mobile games, while also offering something completely new.”

While exploring the world, players control their party of adventurers in battle, even transforming into mighty dragons to unleash devastating attacks. Along the way, players can discover more than 60 companions for their party that offer a variety of different weapon classes, combat abilities and elemental properties.

Battles are in real time to keep players in the action, dragging their fingers on the screen to move their characters, tapping or holding to engage with various attacks and flicking along the screen to dodge. By using the in-game currencies Diamantium or Wyrmite, players can summon new characters, dragons or special accessories called Wyrmprints that can be equipped for powerful abilities or bonuses. Wyrmite is earned in the game as a reward for completing quests, while Diamantium can be purchased using real-world money. 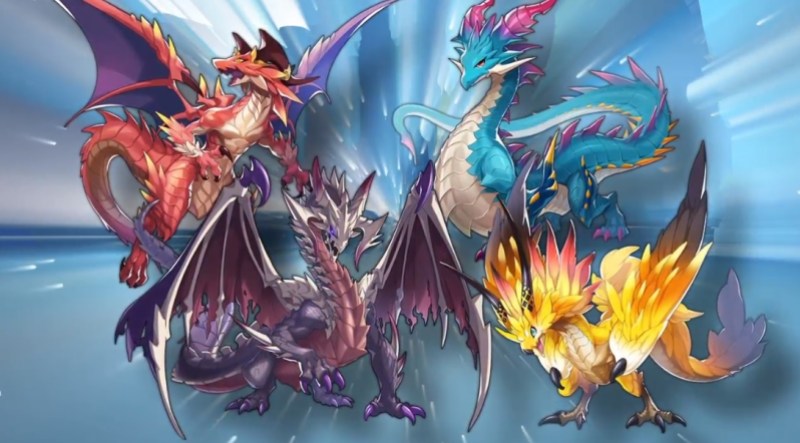 Above: Dragons can be your allies in Dragalia Lost.

Dragalia Lost is all about letting players play how they want. Party members can be customized in all sorts of ways, whether it’s through new equipment or leveling up and earning new or upgraded abilities. Dragalia Lost even offers synchronous online multiplayer with up to three other people who have the game, so friends can share the experience throughout the game’s main story adventure, additional quests and event raids.

One of the characters is a prince who is seventh in line for the throne of Alberia. The goal is to recover the power of the Sacred Shard, which has protected the kingdom from the monsters that surround it. The prince prays to the “great dragon of the forest” to be granted power. The prince needs to bond with Midgardsormr, the dragon, to save Alberia. 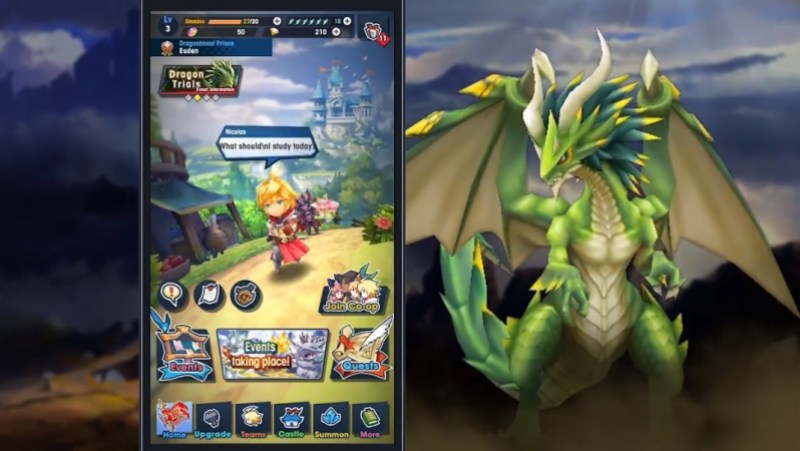 Above: Dragalia Lost has beautiful graphics.

You have to form a group of four characters to go on a quest. As you encounter beasts, you have to take them on and use the various powers of your teammates to win battles. You can tap characters such as healers, attackers, defenders, or supporters. The companion’s elemental properties matter. Those who bring water are strong against fire and so on. There are more than 60 adventurers to meet and welcome onto your party. Battles happen in real time and they look really fast.

You can gain strength in four ways. You can level up in a grind. You can get stronger weaponry. You can gain a mana circle in an adventure quest, and you can go to the holy castle, the Halidom. You can mine gold and perform other activities at the castle. 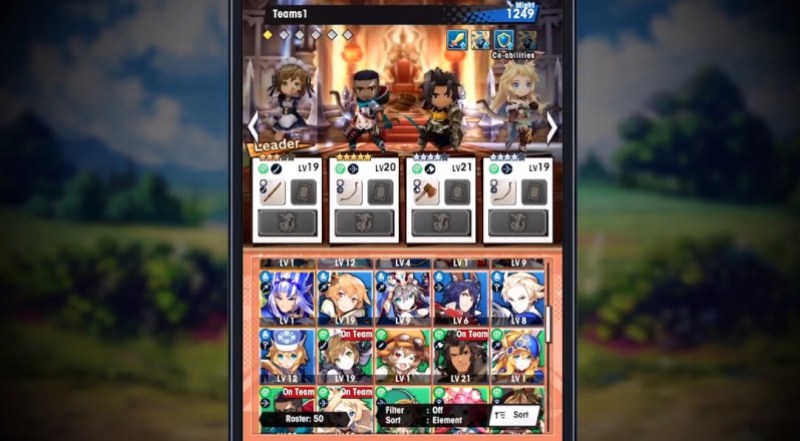 Above: There are more than 60 characters to choose from to form your party of four.

With spells, you can summon new characters to help you in a battle. You can summon beasts such as dragons. Wyrmprints embody memories of the world. Depending on how much you have leveled, a Wyrmprint card can help you.

Multiplayer is an option for every quest in the game. You can create your own quest and invite other players. There are some special events where you can fight boss beasts.