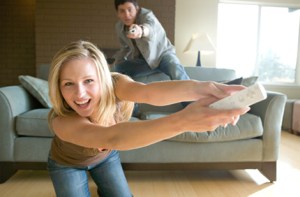 Okay, this console war is getting really boring. Nintendo is thrashing everyone else. Today, the Japanese company revised upward its financial forecasts for the six months ending Sept. 30, 2008. It also upped its forecasts for game hardware and software during the period, as well as for its full fiscal year that ends March 31, 2009.

Compared with original full year forecasts issued on April 24, 2008, the company now sees increases in sales by 11 percent, in operating income by 22.6 percent, and in net income by 26 percent. Strong sales of the Nintendo Wii game console and the Nintendo DS handheld, as well as better foreign currency exchange rates, are the reasons for the better forecasts.

The company credited stronger sales of the Wii and Nintendo DS, as well as changes in the expected foreign currency exchange rates.