Nintendo is targeting a wide audience, from portable tablet fans to esports enthusiasts, with its new Nintendo Switch gaming device coming in March 2017.

The Japanese company unveiled a three-minute video unveiling the Nintendo Switch, previously known as the NX, this morning. The video doesn’t show a single kid as a player. Rather, it showcases young adults playing with the device, which functions as a portable device as well as a home console. It has a tablet-like display (though we didn’t see any touchscreen functions), and it can plug into a TV screen as well, with handheld controllers that attach to either side or can be detached so you can play on the couch.

The audience seems far different from the usual target market of young kids for Nintendo devices. The House of Mario focuses its 3DS handheld device at that audience, but it has lost many of them to mobile devices. The Switch, with a higher resolution screen, is also targeted at the esports crowd — the video showed two teams preparing to play Splatoon, Nintendo’s team shooter where you fight with paint instead of bullets or lasers.

The Switch runs on a new custom Tegra processor from Nvidia. 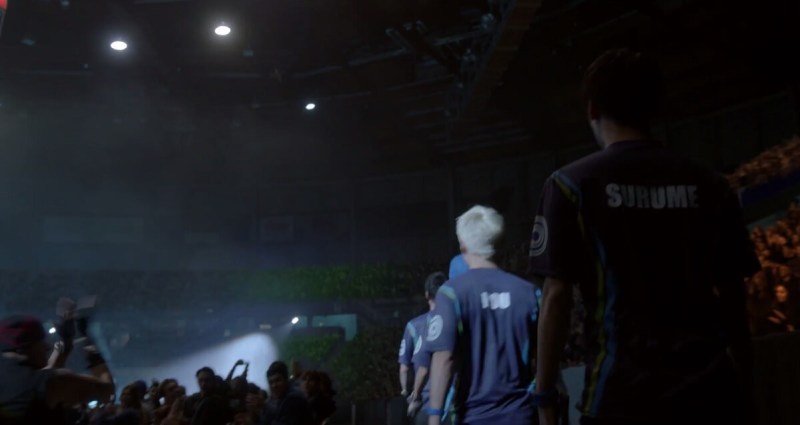