It’s been quite the year for Amiibo.

Nintendo originally announced its foray into the toys-to-life gaming category at E3 2014. The first line of figures launched with Super Smash Bros. for the Wii U on November 21 last year. Since then, as of the first half of fiscal 2015, Nintendo has shipped a total of 21.10 million Amiibo toys since launch, with the largest percentage — 7 million — being sold in the U.S.

But throughout the first year, the launch of Amiibo has had its share of problems, as Nintendo struggled to keep product in stock and to find a way to tie-in the toys with the company’s games. But even so, most analysts agree the first year of Amiibo seems to be off to a promising start.

“Amiibo sales have been significant, at pretty high margins,” said Michael Pachter, managing director and game analyst for Wedbush Securities. “We estimate around $150 million in sales at around 80 percent profit, so a nice boost to earnings.”

Amiibos have brought some help to Nintendo’s financial situation: The company’s reported earnings returned to profit earlier this year.

“The Amiibos have definitely helped Nintendo’s bottom line,” said Satori Bernbeck, the manager of insights and analytics for EEDAR. “Since the Wii U has been lacking in widespread appeal, given its lower sales numbers, Nintendo needed to find a way to further monetize their core consumer base. Amiibos have done just that; Nintendo reported in late October that they had shipped over 21 million Amiibos worldwide. As they sell through this holiday season, that represents over $270 million in revenue for Nintendo. This product line shows no immediate sign of slowing down, so it will likely remain a key additional revenue source for Nintendo in 2016.”

Preaching to the choir

However, while Amiibo have been selling great themselves, they hasn’t really seemed to have an impact on Wii U hardware sales. The Wii U is limping behind Sony’s PlayStation 4 and Microsoft’s Xbox One, despite its year lead on the competing systems. According to the NPD, the PS4 was the best-selling console this November, again beating the Wii U during the crucial holiday shopping season. Instead, it looks like most Amiibo are going to the same Nintendo fans who already purchased a Wii U.

“While the Amiibo product line is bound to have brought in some new consumers, it appears that the great majority of appeal is towards existing Wii U owners who make up Nintendo’s core fanbase,” Bernbeck said. “Given that Amiibos are mostly purchased as figurines to display rather than for their in-game rewards (which at this point in time is very small), it is much less likely to convert new gamers into purchasing a Wii U. That being said, the fact that the Amiibos are being purchased mostly for their cosmetic value means that Nintendo has likely sold a hefty number of them to consumers who don’t currently own a Wii U but are fans of the characters Nintendo has created Amiibos for.”

“In the sense that they’re also trying to drive a lot more hardware out there in the market place, I don’t think it’s driven that much more hardware,” David Cole, an analyst at DFC Intelligence said. “It’s something that preaches to the converted Nintendo audience. It’s kind of a nice value add for people who have a Wii U or 3DS system. It’s a nice feature.”

And while the toys-to-life market is already crowded — Amiibo joined a market alongside Activison’s Skylanders, which launched in 2011; Disney Infinity, which debuted in 2013; and Warner Bros.’ Lego Dimensions, which came out this year — analysts seem to agree that the toys-to-life segment of gaming, and Amiibo, still have room to grow. The NPD also reported a 9 percent increase year-over-year for toys to life this year. 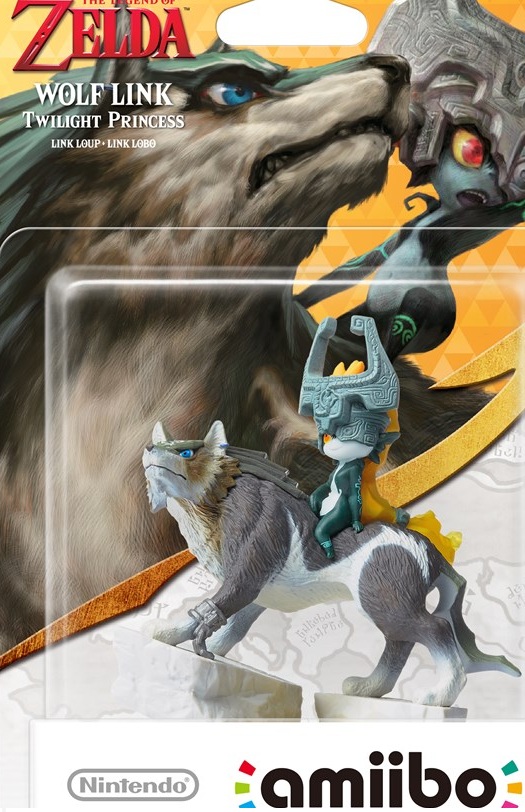 Above: Nintendo has more Amiibo — like Wolf Link — planned for next year.

“I do think the market has room for growth, particularly as they add new figures,” Pachter said. “Most of the Amiibo are high quality figurines, and they have value as collectibles in their own right. As Wii U sales continue, core sales of Amiibo will continue, and as new characters are added, Amiibo sales should grow.”

Even though more companies are jumping into toys-to-life, it hasn’t the oversaturation point yet.

“Despite the growing number of competitors, the toys-to-life space has not yet shown sign of fatigue or cannibalization,” Bernbeck said. “Amiibos have helped continue to grow the market with its approximate $270 million in revenue — other toys-to-life products haven’t seen decline.”

But Nintendo also hasn’t carved into the sales of the other toys-to-life products, either.

“I don’t think it’s necessarily taken away from any of the competitors,” Cole said.

And there still seems room for Amiibo sales to grow, as well.

“I think there’s a lot of potential growth for them,” Cole said. “As Nintendo evolves into new hardware platforms, they can definitely look to that as a model. There’s a lot of room to grow on it as they develop new game products…[there’s ] a lot of potential for that type of add-on content for those types of games. The growth potential I think is really just starting on that front.”

Playing with (or without) power

And as successful as Amiibo have been at retail, how amiibo function compared to other toys in the sector in up for debate. Most toys-to-life figures enable folks to play with those characters: Plunk down Han Solo on Disney Infinity, and you’re playing the scruffy smuggler in the game. Amiibo do not. Amiibo also don’t have a centralized game where all of the toys can work together, like Disney Infinity and Skylanders.

“Sales have been very successful, impressively so,” Pachter said. “Innovative game play has not been particularly successful.”

But other do see innovation in how Nintendo is using these figures.

“It has been fairly innovative in terms of the toys-to-life space,” Cole said. “It’s another fairly innovative product from Nintendo. I think it’s something that appeals very much to their well established audience. Clearly, Amiibo targets fans of existing software that’s out there.”

And while player’s can’t take control of the Amiibo, the way the figures work with many games is a positive.

“Nintendo’s line of Amiibos are innovative in that they act as physical DLC purchases, and they can be used across many games for different types of in-game rewards,” Bernbeck said. “The Toad Amiibo, for example, can unlock extra challenges in Captain Toad: Treasure Tracker or give Yoshi a cute Toad skin in Yoshi’s Woolly World. While one of their key selling points so far has been their cosmetic component [the fact that they’re quality figurines of very popular characters], Kimishima recently mentioned that Nintendo will be actively searching for new and innovative ways to utilize the Amiibos within Nintendo’s games.” 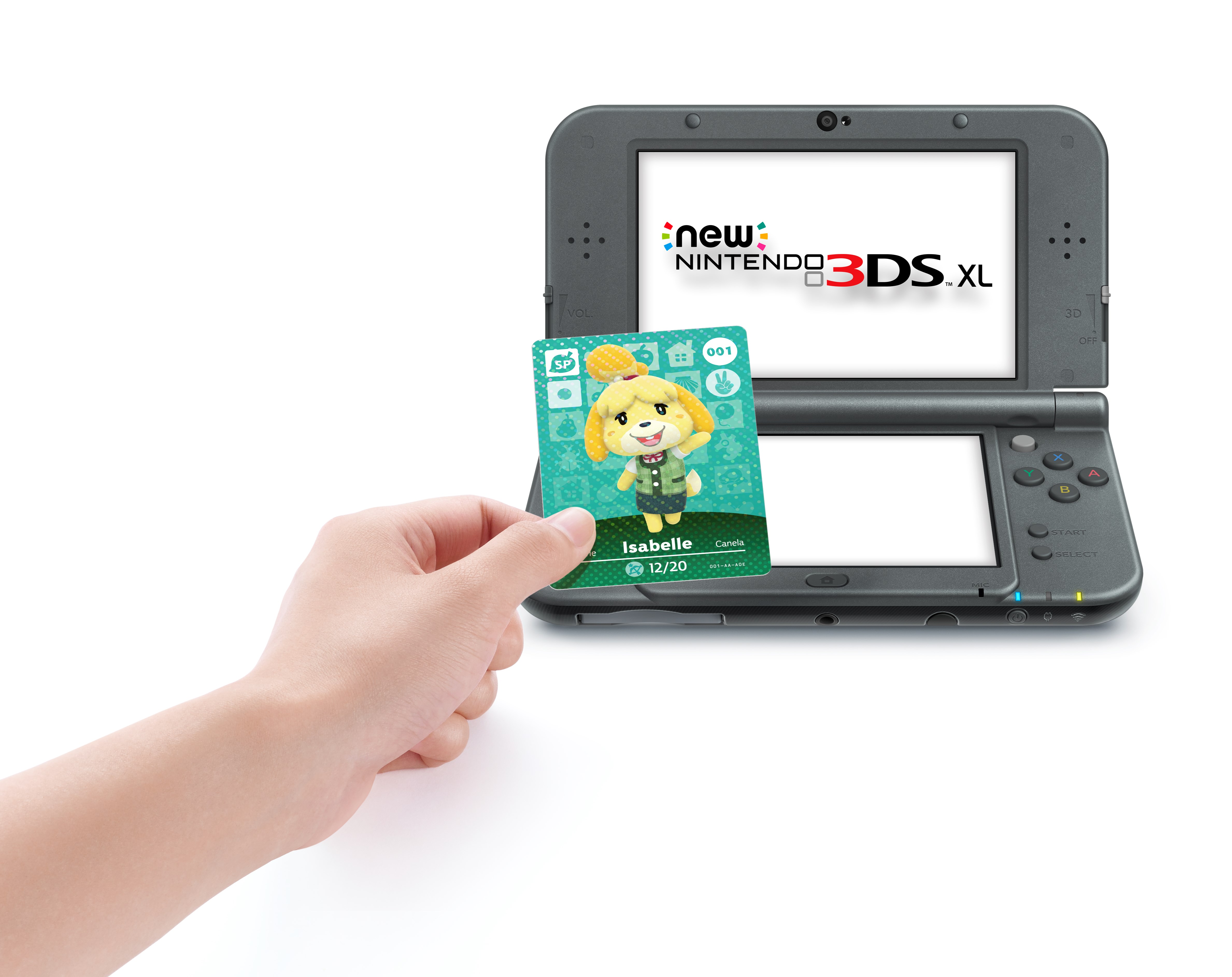 Above: Along with figures, Nintendo also launched Amiibo cards this year.

The entry price barrier for Amiibo is another area that has shown innovation on Nintendo’s part. Unlike other toys-to-life products, Amiibo doesn’t require the purchase of a starter pack to use the figures.

“It’s also introduced the idea that toys to life doesn’t need to be this big expensive thing on its own where you go out and buy, you know you spend $100 buying the starter set and then buying all the stuff together” Cole said. “The beauty of Amiibos is you just go plop down for each individual ones and they work with the games you already have.”

For some, that’s not enough. In Super Smash Bros., players train, customize, and level up their Amiibos, but they don’t control them directly. In other games, they unlock additional costumes for the character that you scan in.

“I don’t think they have innovated much, if at all,” Pachter said. “The Amiibo figurines don’t add much to game play, yet, and are certainly no more novel or interesting than Skylanders or Disney Infinity figurines.”

With other companies in the industry trying to figure out how to work DLC into their games without upsetting their fans, Amiibo was a way for Nintendo to do this in a physical sense.

“The most successful thing to come out of the Amiibo product has been Nintendo’s ability to create a large community of collectors who are willing to invest $13 to collect a tangible representation of each of their favorite characters,” Bernbeck said.” “Many companies in recent years have implemented new types of DLC into their titles in order to further monetize players, but DLC can sometimes feel strong-armed by consumers and can be met with backlash. Nintendo’s Amiibos have been a very profitable way of further monetizing their core fanbase and it has been met with much excitement and praise from these consumers.”

While some analysts are more positive on Amiibo than others, Nintendo still could better learn how to use Amiibo in conjunction with software.

“The least-successful aspect of Amiibos has been Nintendo’s integration between Amiibos and games,” Bernbeck said. “As [ Nintendo President Tatsumi] Kimishima recently stated, Amiibos are mostly utilized for the cosmetic value of the figurine. While the possibilities for in-game use are vast for Amiibos, Nintendo has not yet capitalized on providing strong incentives for consumers to purchase Amiibos for their in-game features. When addressing this, Kimishima also stated that Nintendo is actively searching for a way to better implement Amiibo functionality in games, so this problem will likely be addressed in 2016.”

Most important, even Kimishima doesn’t seem happy with how Amiibo work with games and how fans are collecting, not using, them.

“A challenge that we’re facing right now is, our earliest goal for the Amiibo was to have these connected to software and have them enhance the play experience for the consumer, and for other consumers to say ‘I see my friend using this Amiibo with that software and it looks great,’ and again increase that attractiveness of that combination,” he told Time. “What we’re seeing instead is that the Amiibo are being picked up more as a collection item at this point, rather than, say, as an interactive item with software. And so we haven’t really established them as an enhancement for all of our software at this point.”

In that regard, Kimishima and Nintendo have their work cut out for them as the company launches additional Amiibo in 2016 and tries to find ways to further enhance how the Amiibo brand works in conjunction with software. Nintendo wants to make Amiibo not just something player’s collect, but something used in conjunction with Nintendo’s software, and even a year later the company itself admits it hasn’t yet found a way to fully meet that goal.