No one can match Nintendo’s backlog of classic games. With Mario, Zelda, and more, fans are willing to spend money to re-experience their favorite franchises. And Nintendo found out that a lot of those nostalgic gamers exist thanks to the success of the NES Classic Edition, which even managed to outsell the PlayStation 4 and Xbox One in some months despite shortages.

Earlier this week, Nintendo announced a followup, the SNES Classic Edition. The miniature console will come with 21 built-in games, including some of the greatest of all time: Super Mario World, The Legend of Zelda: A Link to the Past, and Super Metroid. It’s even including a Super Nintendo game that it’s never released before, Star Fox 2.

But you’ll still hear some dissension among the gleeful clamor. While this machine’s predecessor, the NES Classic Edition, was a great device, Nintendo never made nearly enough of them. This resulted in a lot of people who wanted a console not being able to get one. It also opened the way for scalpers to hoard a bunch of them and resell them at high prices. Many have already prepared to do just that again with the SNES Classic Edition by stocking up on preorders for the U.K. version of the console. 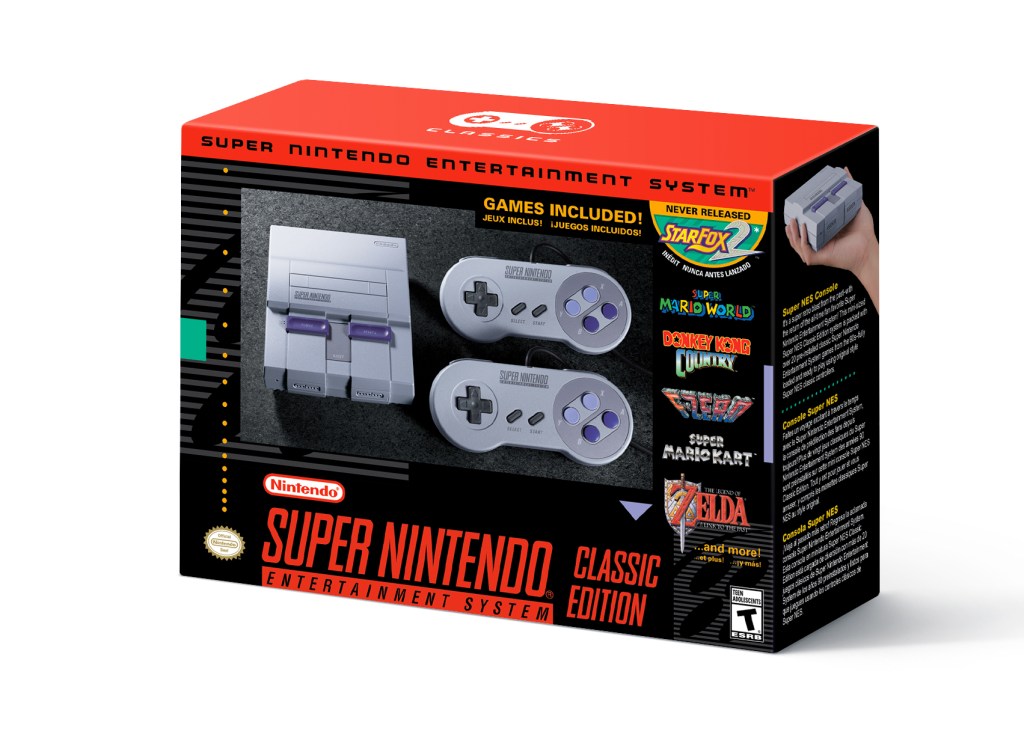 Above: The SNES Classic Edition box.

But some Nintendo fans are also unhappy that these retro machines seem to be coming at the cost of Nintendo’s old Virtual Console service. The Virtual Console is a digital store where Nintendo sells its older games for play on its newer systems. The Wii, 3DS, and Wii U all had Virtual Console stores, but the Switch (which debuted in March) doesn’t.

Instead, Nintendo will give users access to classics as part of a a subscription-based online plan that launches next year. But so far, Nintendo has only confirmed a few games for this service, and they’re all from the Nintendo Entertainment System. It sounds like more of a bonus than a Virtual Console replacement.

For some, the idea of a Virtual Console on the Switch is more appealing than buying a separate machine to plug into their TVs to play these games. The Switch is a home console/portable hybrid, so you could take your retro titles with you anywhere. So, why is Nintendo hesitating here?

“The Classic Edition line is a great way for Nintendo to monetize its back catalog without directly competing with the Switch,” Niko Partners analyst Daniel Ahmad told GamesBeat. “Nintendo could certainly bring its Virtual Console service to Switch, but they’d have to rely on each user buying a total of 10 Virtual Console games at $8 each to extract the same amount of value that they would get selling a SNES Classic Mini at $80 a pop. Nintendo can easily generate a higher return through its classic line than through individual sales of Virtual Console games.

“The same goes for Nintendo’s Netflix-like subscription service for classic NES games that launches on Switch next year.”

That Netlfix-like service is the one way we know Nintendo will bring its older games to the Switch. It could help make the $20 a year price tag of the online plan more appealing. 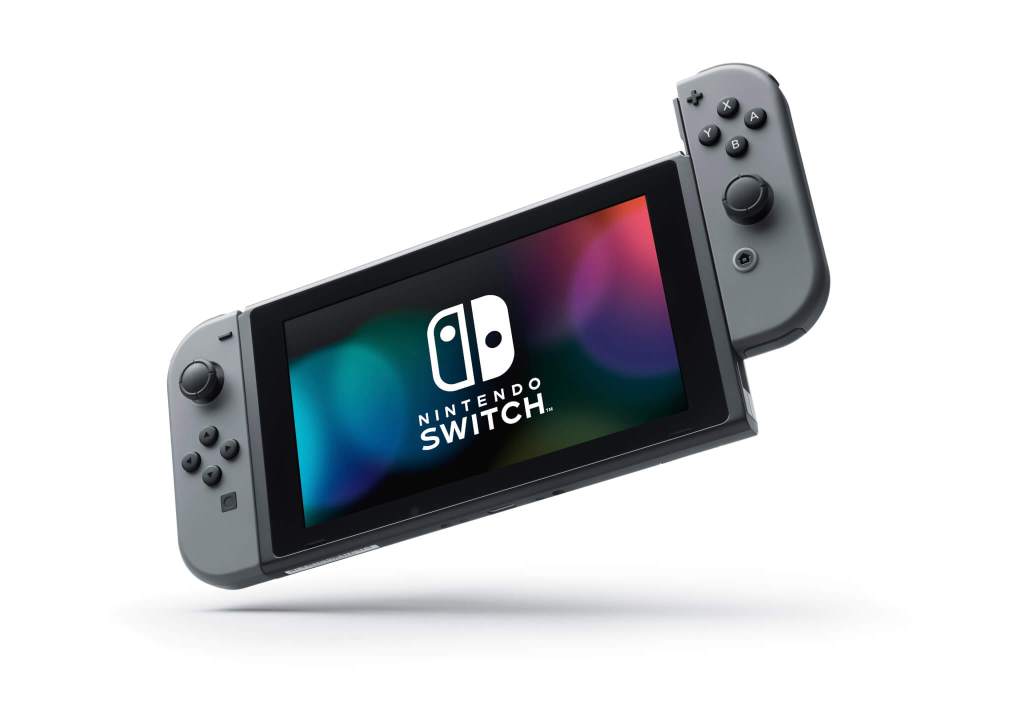 Above: The Nintendo Switch.

So, Nintendo likes these Classic Edition systems because they make more money per transaction than the Virtual Console. Then why is it so stingy about making enough of them? Nintendo discontinued the NES Classic Edition earlier this year after being on the market for only a handful on months.

“This is just my interpretation, but I think with both the NES and SNES Classic, Nintendo wanted to a) do some fan service, b) boost marketing, and c) gauge how high the interest is in their classic games,” Serkan Toto, chief executive officer of Tokyo-based game industry consultancy Kantan Games.

But contrary to Ahmad, Toto believes that Nintendo has held back production of the NES Classic Edition so that it would not cannibalize future retro game sales on the Switch.

“The financial benefit is clear: The games can generate more money in a future digital store on the Switch,” Toto told GamesBeat.

That’s the conundrum Nintendo finds itself in. People clearly want to buy its old games, but what is the best way to sell them? Will sales of the SNES Classic Edition hurt future sales of the same games on the Switch? What we see happen with the SNES Classic Edition will be revealing. If Nintendo actually makes enough to meet demand, it’s a sign that the Japanese game company is committing to this concept. 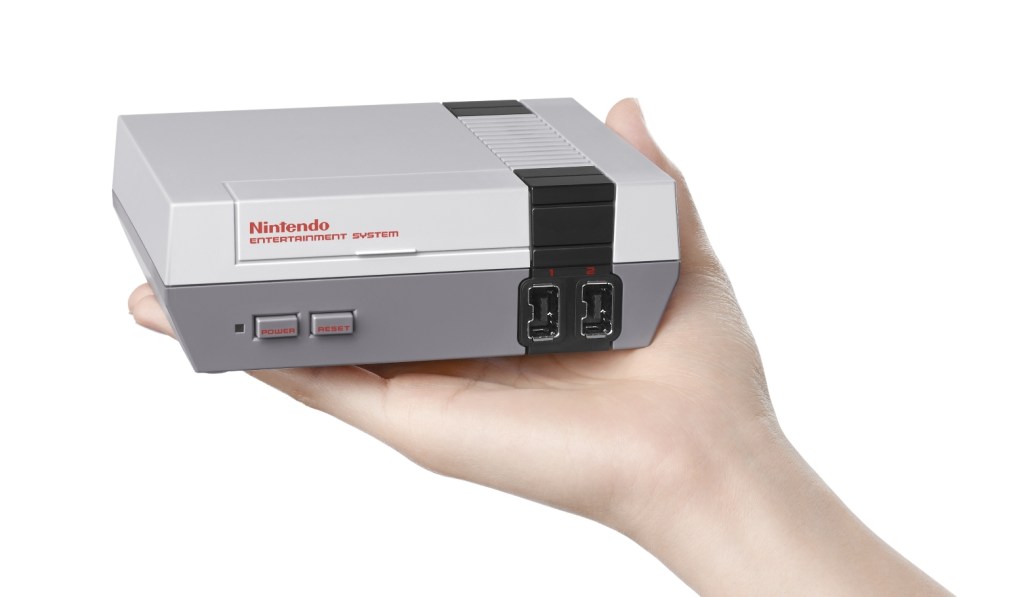 Above: You were lucky if you were able to buy one of these.

But if supply is short again, it could mean that Nintendo is happy to use these machines to drum up interest and publicity for its retro titles as it prepares a beefier digital service of retro games for the Switch, either through the online subscription service or a Virtual Console store.

And even if Nintendo wants to make enough SNES Classic Editions for everyone this time, that could be challenging.

“My feeling is that there is even more interest in the SNES version than the NES Classic,” Toto told GamesBeat. “This could cancel out the higher production volume Nintendo promises.”

“One would hope Nintendo learned a lesson during the NES Classic shortage case last year,” Ahmad told GamesBeat. “This year does seem to be different with the company allowing users to preorder before launch and promising that they’ll have more supply than the NES Classic did in its lifetime. That being said, I am still expecting this to be an extremely hot item during holiday 2017, and I wouldn’t be surprised if Nintendo struggled to meet demand again. Hopefully not to the same extent as last year, though.”

We’re still not sure if the Switch or these Classic Editions are the future for Nintendo’s retro offerings. One thing is for sure, though: If you want an SNES Classic Edition, consider preordering one as soon as you can.