Nintendo reported last night that it would suffer its third consecutive annual loss because of slow acceptance for the Wii U video game console. Satoru Iwata, the chief executive of the Kyoto, Japan-based company, said that he would not resign and that he is planning on reinvigorating the company’s business.

The company’s stock price fell 21 percent after the news. The company’s fortunes have sunk from a high a few years ago, when it was trouncing Sony and Microsoft in the console wars with the Wii, to a new low yesterday with obviously bad holiday results.

But what are Nintendo’s options? 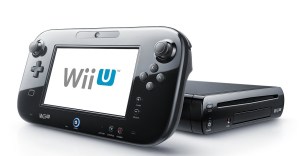 Above: The Wii U console is struggling.

The options we see

1) Nintendo can pretend the Wii U will continue to sell and count on growing revenue from its 3DS portable gaming devices. Nintendo could further cut the price of the Wii U just to start moving consoles out the door. That appears to be a strategy that will drain the company’s coffers.

2) Nintendo can get rid of the Wii U and come up with a replacement console. The company can design its own next-generation console to match the capabilities of the PlayStation 4 or the Xbox One. But Nintendo never wanted to play that game in the past, as it was a technological arms race that required heavy investments not only in hardware but in entertainment and online capabilities.

3) Nintendo can move its first-party games like Mario and Zelda to a bunch of other rival hardware platforms, such as Apple’s iPhone or the consoles from Microsoft and Sony. Sega made such a move after it canned the Dreamcast console, with limited success.

4) It could fire its leadership and bring in new people to remake everything. That’s a pretty drastic option and something that would happen if things just get worse.

5) Nintendo could sell itself to another company. That could be just as drastic as firing everyone. And there aren’t many companies in gaming that could buy Nintendo, or would want to. It’s a small list of customers. Nintendo’s current market capitalization is $20.5 billion. Any buyer would have to be willing to pay a premium.

6) Nintendo could focus entirely on the 3DS. It could shut down the Wii U and focus on portable games where it is strong. But that would likely mean it would have to shed a lot of employees and settle for being a smaller player in video games.

Above: Wii Fit trainer prepares to kick some patent-troll ass.

Nintendo’s 3DS is still strong, but the company didn’t provide any details on how well the portable system, and the new 2DS system, sold during the holidays. Iwata has been under pressure as a result of the low sales of the Wii U. Nintendo cut its forecast on the 3DS from 18 million sold in the fiscal year to 13.5 million, downgrading software from 80 million units sold to 66 million.

Nintendo expects to sell 2.8 million Wii U units for the whole fiscal year, down from an estimate of 9 million. It said that software sales on the Wii U will be 19 million, compared to a prior estimate of 38 million. That downgrade happened in spite of a price cut for the Wii U.

Iwata told Bloomberg that the company is considering a new business structure and how smart devices can improve its games business. And he said to the Wall Street Journal, “The way people use their time, their lifestyles, who they are — have changed. If we stay in one place, we will become outdated.

“We cannot continue a business without winning. We must take a skeptical approach whether we can still simply make game players, offer them in the same way as in the past for 20,000 yen or 30,000 yen, and sell titles for a couple of thousand yen each.”

But if Nintendo embraces someone else’s platform, which device should it bet on?

The iPhone and iPad are the most obvious choices. Nintendo has begun experimenting with putting things on smartphones and tablets. But given Nintendo’s losses, those experiments are likely going to become a lot more urgent.

Valve’s Steam Machines are coming out in the second half of the year. Nintendo could become a licensee and make its own version of a Steam Machine. In this scenario, Valve is designing the Steam OS and Steam Controller, while Nintendo could create the box. 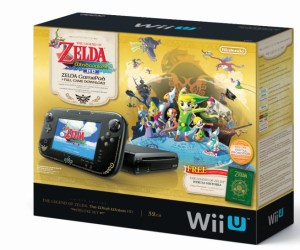 Above: The Zelda version of the Wii U Zelda didn’t help sales.

What the analysts think

Michael Pachter, an analyst at Wedbush Securities and longtime observer of the game industry, said his estimates were already well below Nintendo’s guidance.

“The guidance cut appears to have forced a reevaluation of Nintendo’s business,” Pachter said. “We have long believed Nintendo should license its older intellectual property for smartphone and tablet game developers, and see it as a lucrative opportunity that could restore profitability.”

Peter Warman, the CEO of market researcher Newzoo, said, “The rules of the game have changed. Platforms that give developers freedom in launching games and choosing their business model are becoming dominant — the exact reason why Sony and Microsoft fear the arrival of Valve to the arena. But Nintendo is years behind that way of thinking as Sony and Microsoft slowly open up.

“What makes dramatic decisions so difficult for Nintendo is the fact their performance in Japan is still relatively healthy. The fact that they have billions in the bank also does not help in their sense of urgency. They do not see the changes from close by. At least their leadership does not. And Japanese companies can be quite hierarchical. In this case Satoru Iwata is an extreme example of that.”

He views Nintendo more as a toy maker. They could move further in the direction of making family entertainment toys and forget about trying to do a broadly appealing console for adults.

As for the Wii U, Warman said, “They should strip out the clunky second screen that nobody wants and call the basic console the Wii 2 and price it at $149. Open the Wii and Wii U up completely for all developers and facilitate free-to-play business models. They would immediately be the company with the highest reach on TV for developers. Because of their current closed system, big and small developers have walked away completely. The announcement of EA that FIFA 14 would not launch on Wii U was the killer moment in 2013 for Nintendo.”

He doesn’t think Nintendo will be able to reinvent itself without organizational change.

“What I would find the most interesting scenario is when Nintendo merges or gets acquired,” he said. “There is so much unused value in Nintendo’s intellectual property. I presume the guys at Japanese Softbank, who brought Gungho and SuperCell together spending over $1 billion, are cooking up a plan.”

Joost van Dreunen, the CEO of market researcher SuperData Research, said, “Nintendo suffered most from the emergence of casual social and mobile games, because of the demographic overlap and a dogmatic approach to iOS. Games like Pokémon could have done really well on the iPhone and iPad, for instance, but Nintendo has refused to launch on rival hardware. A move to finally licensing its IP, even just the older IP, could revitalize its balance sheet and restore profitability.”

And longtime gaming analyst Billy Pidgeon said, “Nintendo is still getting performance from 3DS but still missed their targets for US and Europe. Nintendo’s big problem is Wii U. A case could have been made for a sluggish console market overall If Xbox One and PS4 were selling in more slowly, but that is clearly not the case. At this rate, PS4 and Xbox One could each pass Wii U’s installed base well before Q4 2014.”

Pidgeon added, “Wii U would have to double its base to remain viable in this generation, but even then could likely lag far behind in market share. I don’t believe Nintendo is likely to execute an early Wii U replacement with a more powerful console, as there was no Wii reboot to upgrade graphics and maintain a competitive stance for third party support last cycle. Nintendo could have another handheld launch lined up, but this will still be challenging as the dedicated handheld sector has likely peaked.”

He concluded, “Nintendo will need to maintain profits selling mostly first party software in to what will continue to be a diminishing hardware market share to remain in this cycle. Unless Nintendo can shift to a successful niche strategy it’s difficult to see how Nintendo can generate sufficient profits with proprietary hardware in another console cycle whether they reboot Wii U or ride the cycle out. Nintendo needs to support other platforms to get return on their franchises’ value.”

Where will Nintendo go in the short term?

The question about any of the drastic moves is whether developers, who are the lifeblood of any game ecosystem, will follow. Confidence on that front doesn’t seem to be very high.

Peter Vesterbacka, the chief marketing officer at Angry Birds maker Rovio, asked in a tweet, “Is Nintendo the new Nokia?”

Nintendo has been in bad fixes before. It had to deal with competition from Sega and Sony. It made a brilliant transition from the weak-selling GameCube console to the phenomenally successful Wii. That move was consistent with Nintendo’s DNA, since the Wii had a low price, catered to an audience that liked cartoon-like games, and dropped it out of the technological rat race.

But that strategy is failing now. It’s time for Iwata to pull an astounding reinvention.