Updated 3:01 p.m.: We corrected Nintendo of America’s Scott Moffitt’s comment that the 3DS had 50 million units installed in the United States.

LOS ANGELES — Scott Moffitt doesn’t want to talk about Nintendo’s new NX console or its mobile gaming relationship with DeNA. That’s so 2016. But Nintendo of America’s executive vice president of sales and marketing is very chatty when it comes to touting the big games that the publisher has coming to its dedicated fans for the 3DS and Wii U gaming devices in 2015.

This year, Nintendo has a full slate of titles including Star Fox for the Wii U, Amiibo Cards in Animal Crossing, and Mario Maker. Moffitt said that the paint shooter game Splatoon has done extremely well this year, giving the publisher a new intellectual property to add to its stable. He also said that the company is embracing esports, user-generated content (in Super Mario Maker), and the “toys to life” trend that combines games and toys through Amiibo action figures and cards.

All of that content should keep dedicated Nintendo fans busy until new hardware arrives, presumably next year. Here’s an edited transcript of our interview.

GamesBeat: All the press conferences have happened now. What do you think of the surprises you’ve seen?

What emerges are games like Star Fox, a new and exciting version of Star Fox that fans haven’t seen before. It has walker capabilities, two-screen gameplay, the drone capability. That’s an exciting game that fans reacted well to and they’re looking forward to it. It’ll be a big seller this holiday.

You take Amiibo. We’re transforming what consumers have come to expect in the world of toys-to-life. We’ll be the first with Amiibo Cards in Animal Crossing and Happy Home Designer. You’ll see how you can leverage smart cards, Amiibo Cards with the same NFC read-write capability. You can use that to energize or re-imagine a game like Animal Crossing that people have loved in the past. 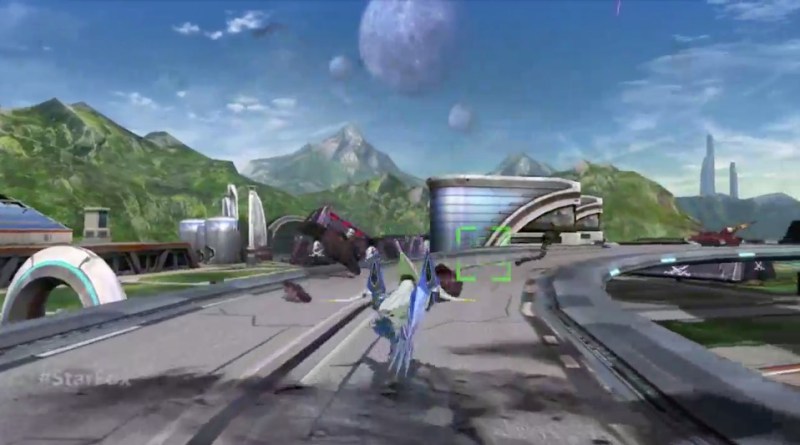 Above: The Arwing can now transform.

GamesBeat: It seemed like a lot of information that could be conveyed through cards, as opposed to toys.

Moffitt: They’re going to be easy for consumers to trade. We’ve announced 100 of them coming so far. There’s a great breadth of cards out there for fans to buy and to collect and trade. You’ll be able to do great things with them. There are special cards and regular cards. You can save your home design to that card and then bring it to someone else’s game. That’s an interesting application of the technology. We’re transforming what people have come to expect in Amiibo.

With Super Mario Maker, we had a great reaction. It’s a game we’ve shown before, but now it’s on the precipice of coming to market. We’re all about showing things that will be playable this year. We have 14 total games that we’re launching between now and the end of the year. That’s a lot of exciting content for fans — eight on Wii U, six on 3DS. The imagination of creativity, the transforming power of all those franchises, is spectacular.

With Super Mario Marker, for the first time, gamers are going to be able to play game designer and design their own levels and challenge others to complete their level. They can play other people’s levels. Celebrities, fans, YouTubers—you may have levels posted by people from all walks of life — kids, adults, pros, non-pros. We think people are going to have a lot of fun building imaginative and creative gameplay of their own with Mario. It’s transforming what people expect. You have a 30-year-old franchise in Super Mario, and now it’s re-imagined with user-generated creations.

GamesBeat: It seems like Nintendo is getting a little faster, maybe, at jumping on trends and giving them the Nintendo treatment. You’re not the first one on toys-to-life, but once that idea was planted in the heads of your designers, they ran with it. It seems like user-generated content is happening the same way.

We’re the first handheld gaming device that has the ability to leverage Amiibo, leverage toys-to-life. Our Amiibos are playable across multiple games. You’ve seen some of them. Hopefully you saw the Yoshi’s Woolly World Amiibo application. With your existing Amiibo—Say you have a Mario Amiibo. You can put the Amiibo on your game pad and your Yoshi will take on the look of Mario. Mustache, overalls, hat and all. The applications that developers are coming up with to leverage the Amiibos consumers already have are a lot of fun to watch. 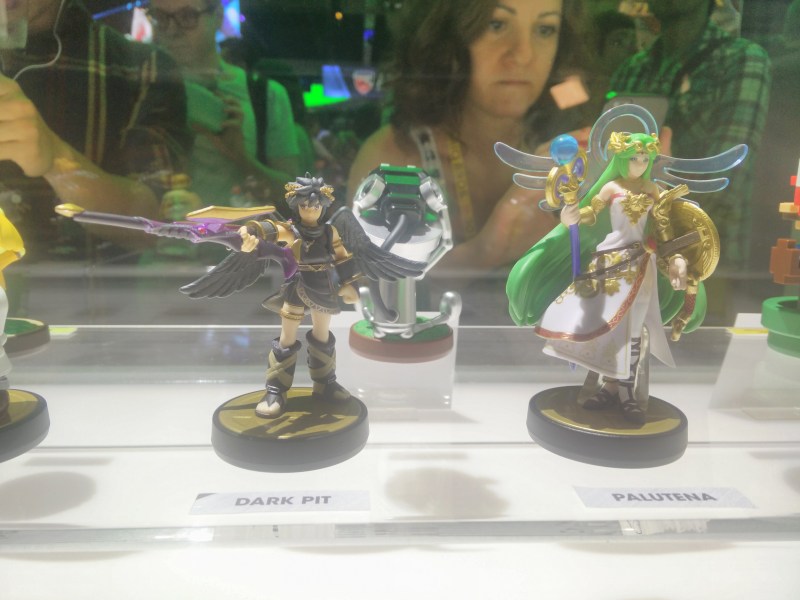 GamesBeat: With Amiibo, the only difficulty I can see is that you almost go back to the days of the cartridge inventory management problem. Now you have physical inventory to keep track of, much more of it, and you have to predict supply and demand.

Moffitt: We’re super excited by the response that fans have had to Amiibo. But we’re well aware that there’s been some frustration as far as finding Amiibo and being able to collect all the Amiibos they want. We’re working hard to increase the supply and produce more in response to demand. We’re also working with our corporate affairs team to more actively message and communicate when new Amiibos will be available, when restock is coming, and to be more open and transparent about how to find them and where they can be found.

We’re also working with retailers to improve the buying experience at retail. We’re doing a lot on that front. But it starts with making more. The response has been tremendous. We’ve sold more than 10 million Amiibos globally. We’ve sold two-thirds of that in our markets here. We could have sold more, clearly. We’re enthusiastic about the response. We’re also excited about the imagination our developers are bringing to it. But it’s a different kind of product to manage and stock.

GamesBeat: It seems like a stroke of good fortune to have it at a time when you guys are in a sort of console transition. When you announce a transition will happen, you can lose sales as demand dries up. But Amiibo is a brand new territory where you can build up new demand.

Moffitt: It’s a new platform for us. They have intrinsic play value by themselves. Collectors are enjoying displaying them. That’s a value above and beyond the gameplay possibilities. That’s why they’ve become so popular.