Nolan Bushnell, the founder of Atari and the father of modern video games, just can’t get enough of gaming. So he has teamed up with Netherlands-based publisher Spil Games to publish a series of mobile games.

Bushnell is 73 years old, but he is still young at heart and has gaming in his blood. In an interview with GamesBeat, he said, “I’m always designing games.”

But this guy is learning new tricks. These are the first “mobile-first” games that Bushnell has created, and Spil Games is more than happy to turn his designs into full-fledged mobile games. The Hilversum, Netherlands-based company will serve as both developer and publisher.

Bushnell said that he may wind up with five to eight games when all is said and done. The deal calls for just three games at first, and the first title is expected to debut in 2017. Bushnell said that Spil Games had the right and unique combination of technical prowess, creative skill sets, and distribution.

It’s a pretty good move for Spil Games, which isn’t widely known in the larger game universe. Bushnell, meanwhile, is perhaps the best-known person in the video game industry. He cofounded Atari with Ted Dabney in 1972, and Atari went on to publish legendary games such as Pong, Adventure, and Breakout. The company also made the Atari 2600 and 5200 home consoles. (Atari is now owned by French businessman Fred Chesnais.)

Bushnell is like a showman of the game industry, and he can use his marketing panache and fame to get a lot of attention for his mobile games.

Spil Games is a publisher and producer with more than 100 million monthly active users (MAUs) in native, mobile, and web gaming. Now the company is ready to level up.

“The fact that Nolan chooses to work with Spil Games is a huge validation of our approach to mobile gaming,” says Tung Nguyen-Khac, Spil Games’ CEO, in a statement. “Our team has the right skills and track record [from] working on multi-million dollar franchises. Our game development and producer team strike the right balance between creativity and commercial know-how. Our team is stoked to be working with Nolan and feeding off his energy and creativity.”

The emphasis of the games will be on innovation. In 2015, Spil Games managed to organically increase its weekly mobile installs by 1,000 percent, reaching 2.6 million weekly new installs in December. As a result, the company is now a top-30 publisher on Google Play and a top-90 publisher on iOS. Overall, the company had more than 50 million installs in 2015.

Bushnell is a technology and entrepreneurial legend. He left Atari in 1978 and went on to found the Chuck E. Cheese’s Pizza-Time Theaters and numerous other startups.  He has been inducted into the Video Game Hall of Fame and the Consumer Electronics Association Hall of Fame. 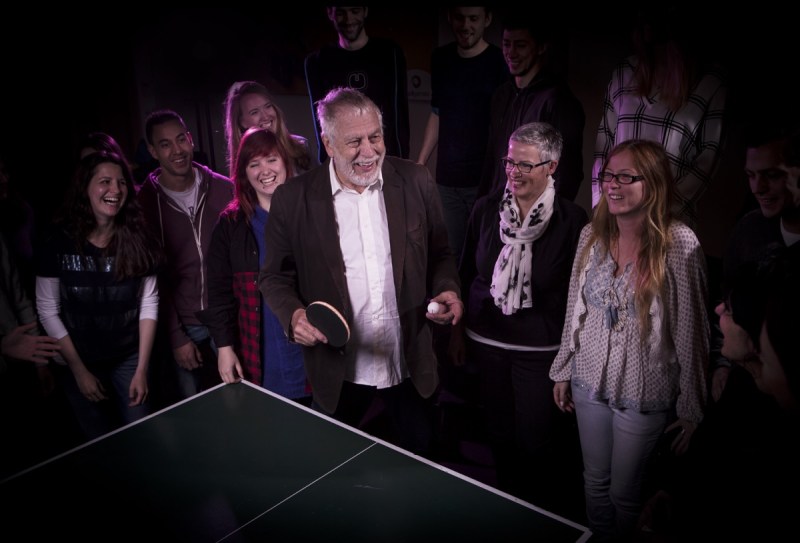