Next month’s Electronic Entertainment Expo, taking place in Los Angeles from June 5-7, is starting to look a little sparse.

While the annual trade show is usually an opportunity for the games industry’s biggest companies to announce titles, unveil new hardware, and demonstrate their questionable choices in event hosts, this year’s event is looking more notable for what we won’t be seeing. Several high-profile projects and developers will not be present at the conference. That isn’t to say that we can’t still expect some surprises, but the list of stuff we won’t be hearing about continues to grow. Things like:

Fans have been eagerly awaiting the first offering from Jason West and Vince Zampella’s Respawn Entertainment, which was founded after their unceremonious departure from Call of Duty developer Infinity Ward in 2010. Those fans will have to wait a little longer, though, because while representatives of Respawn will be attending the show, they will not be revealing anything about their secret project. I guess we’ll have to go back to squinting at that blurry screenshot they released last year (below). 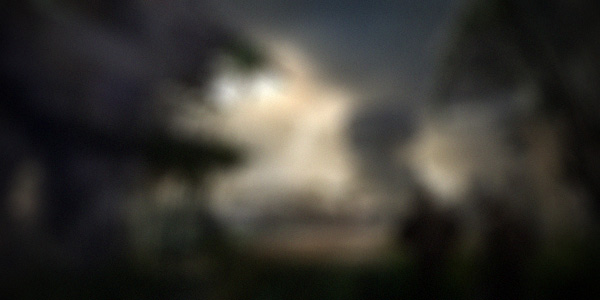 Nintendo has announced that it will be revealing the final specifications and launch titles for its upcoming high-definition console at E3, but we’ll still have to wait to hear how much the new hardware will cost and when exactly it’s coming out this fall. This doesn’t really come as a surprise considering the company didn’t finalize launch information on the Wii until two months before it came out.

Anything about Sony or Microsoft’s next consoles

Both Sony and Microsoft have confirmed that they won’t be showing off their top-secret followups to the PlayStation 3 and Xbox 360 (respectively). Sony will likely be focusing more on upcoming software for its struggling PlayStation Vita, and Microsoft will likely spend a lot of time talking about console-exclusive titles like Halo 4 and … well, we can’t rule out any surprise announcements, but Halo 4 is probably the main one.

Any Valve game containing the number 3

Developer Valve Software is going to E3, but that’s as close as it’s getting to that number. The company has stated that it will not be announcing anything new, opting to focus on previously revealed titles like Defense of the Ancients 2 and Counterstrike: Global Offensive.

Developer Irrational Games’ latest was one of the most anticipated releases of this year until it was delayed until 2013. Unfortunately, we won’t be hearing anything at E3 about the now most-anticipated release of 2013, because Irrational and publisher Take-Two Interactive would like to put as much time as possible into, you know, making it. “Preparing for these events takes time away from development, time we’re going to use instead to get the best version of Infinite into your hands in February,” Irrational head Ken Levine said while announcing the delay last week.

Grand Theft Auto V developer Rockstar Games won’t be at the Expo at all, which means we’re not going to see anything about its next big release. I have reason to believe that this game will have cars in it, but I suppose the speculation as to precisely what kinds of cars it’ll contain will have to continue. Rockstar’s absence is especially odd in light of the fact that rumors have it that GTAV will release this winter.