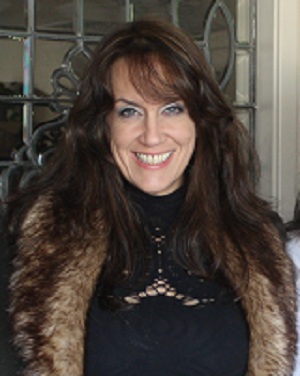 Social-gaming entrepreneur Brenda Brathwaite delivered a rant at the Game Developers Conference that would have made a tent preacher proud. In a session where speakers were encouraged to lash back at critics among traditional game makers, Brathwaite lobbed a bunch of grenades back at industry bigots who think social games are evil.

All of the insults hurled against social-game developers in recent years — chiefly that low production quality, knock-off designs, and cheap price points are destroying the industry’s creative values — have pissed her off. Her response: a kind of manifesto that may well convince more traditional game makers to move into social games. The game industry is undergoing a sea change, and Brathwaite welcomes those who want to pioneer games on a brand-new platform.

As a cofounder of Loot Drop, a social-game developer in San Mateo, Calif., Brathwaite has put a stake in the ground saying that social games are not ruining the game-development industry. Her stance: social games are still games. They’re part of the same entertainment fabric. They aren’t mature yet, like console games, but they are no less deserving of praise because they appeal to audiences that are different from the hardcore gamers who play on the consoles.

Social game developers are more accepted at this year’s GDC than they have ever been, as they have been integrated into the regular schedule of the conference — which draws more than 20,000 people to San Francisco. They’re not just part of the summits that precede the GDC. Still, they have drawn the ire of traditional game makers who have looked down on social games. In past years, social game companies have been the subject of rants, and a representative Zynga, the market leader in social games, was booed at the industry award ceremony last year upon accepting an award.

Brathwaite is a longtime game maker who worked at Sir-Tech for 18 years, building titles such as Wizardry and Jagged Alliance. More recently, she worked on Playboy: The Mansion and studied the thorny topic of sex in video games. In the spring of 2010, she crossed the divide between traditional game development and social games. She became creative director at LOLapps, where she co-developed Ravenwood Fair with John Romero. Her new company, founded with Romero and other traditional game industry veterans, will do social games with a focus on good design.

The GDC rant session included a number of other industry luminaries as well, including Zynga chief game designer Brian Reynolds and Digital Chocolate chief executive Trip Hawkins. But nobody really got the fire going like Brathwaite’s fire and brimstone.

Here’s a video of her rant in full. Note there is some profanity.