Jen-Hsun Huang, CEO of Nvidia, showed off a new technology that he called Project Holodeck, inspired by the ultra-realistic virtual environment Holodeck in Star Trek.

In the demo at the GPU Technology conference in San Jose, Calif., Huang showed how a group of four people in robot suits could enter a 3D space and share a highly realistic computer model of a sports car. They went inside the car and noted the whole simulation was physically accurate. So one of the researchers grabbed the steering wheel and their her hands didn’t go through it.

Then Huang asked them to show how the car’s parts could be shown in an exploded view, with every single one of the car parts separated from the model.

“Everything obeys the laws of physics,” Huang said.

The car was designed by famous auto designer Christian von Koenigsegg. The car rotated in real-time, and it was hard to see any flaws. The audio communication didn’t work so well, however, as Koenigsegg had trouble communicating with Huang via long distance. They eventually got the audio to work though.

The demo will be available starting in September for others to experience. Nvidia showed the demo as a kind of sharing environment for engineers, but you can see how game makers could make use of the technology.

Jonah Alben, vice president of GPU engineering at Nvidia, said at a press Q&A afterward that Project Holodeck is a project aimed at showing what is possible in virtual reality, but it is not a product. He said it shows what can be done with physically accurate objects in VR. The demo had four people in a social VR space. It will be tuned for smaller projects first, but it could be scaled up for larger numbers of participants in the future.

“The goal is to get it out there in the world in September and get the enthusiasts of the world bringing in content,” Alben said. 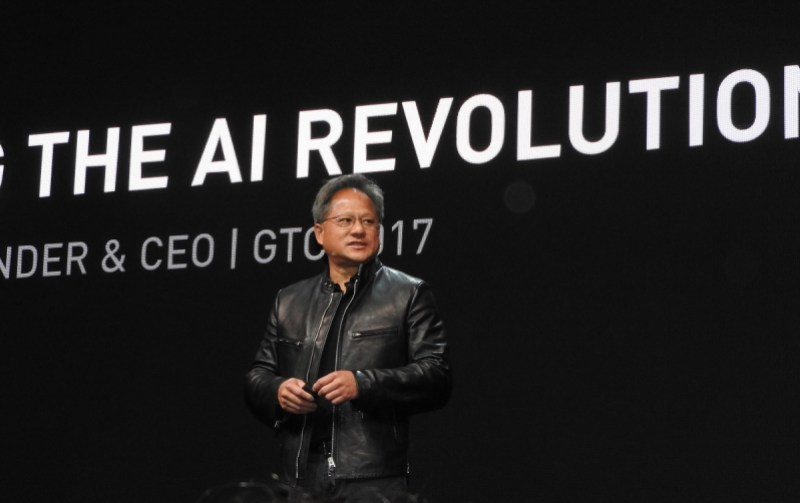 Above: Jen-Hsun Huang, CEO of Nvidia, at GPU Tech event.