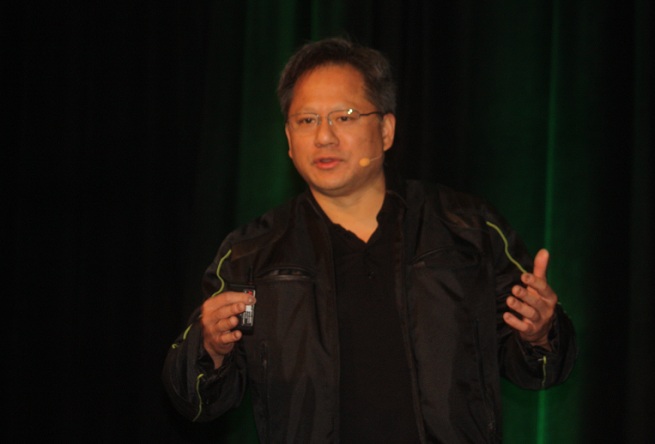 SANTA CLARA, Calif. — Nvidia is investing heavily in its operations now because it has some “once in a lifetime opportunities” in mobile computing these days, said Jen-Hsun Huang, the chief executive of the world’s biggest standalone graphics chip maker, Thursday in a talk at the company’s investor day. 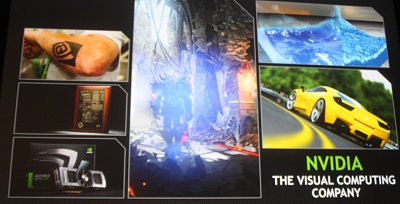 Huang said that those investments are timely because the “PC business declined more in the last quarter than in the last 20 years. Obviously, the computer industry is changing.”

Nvidia has made PC graphics chips since 1993. It is the only standalone survivor in that business, and it competes against processor giants such as Intel, Advanced Micro Devices (ADM), ARM, and Imagination Technologies (including MIPS).

He said that Nvidia’s Tegra business is at break-even, even as the company ratchets up the investment to more than $300 million a year. Overall, Nvidia research and development has reached $1.2 billion annually. About $880 million of that is core investment in chip design, while $10 million each is focused on new opportunities including Grid systems and the Project Shield handheld gaming system.

“We increased our operating expenses to invest in once in a lifetime opportunities,” Huang said. “These investments are so timely and they must happen now. So our first half is rather muted. We’ll have growth in the second half. The disruption of the traditional market literally happened overnight. That’s why it’s so important for us to keep our foot on the gas.”

This year, Nvidia is investing heavily in the first half in the hopes of achieving growth in the second half, Huang said. He pulled in investments in Tegra 4i, a mobile graphics processor with built-in LTE modem. That investment, he said, “was a good decision by all measures.” That pushed out the debut of Tegra 4 by a quarter, from the first to the second quarter. As a result, Tegra sales will be flat for the year, he said.

Huang said that GPUs are Nvidia’s “crown jewels,” generating billions of dollars in revenues on the PC thanks to PC gamers and other enthusiasts. Nvidia is in the process of “mobilizing” those crown jewels in products such as Tegra. About three billion devices with graphics chips will be shipping by 2015, at a 12 percent compound annual growth rate. Nvidia is gunning for a sizable share of that.

Huang mentioned that Nvidia has more than 5,000 patents, mostly related to computer graphics. Nvidia is investing in games, enterprise, and computing devices.

With Grid computing, Nvidia is taking that business into the cloud, enabling remote graphics processing and it will lead to multiple users on a single graphics chip.  But Huang said the competition was fierce.

“The opportunities are enormous, but so are the threats,” he said. “Some day, every single processor we make will be a Tegra. But this is not about us growing into mobile devices only. This is about inventing the future of computing.”

At the close of the talk, Huang said that Nvidia will return $1 billion this fiscal year to shareholders in the form of stock buybacks and dividend payments, including $100 million in stock being repurchased this quarter. This will bring to $1.2 billion the total capital returned to shareholders since the company announced its quarterly dividend program in November.