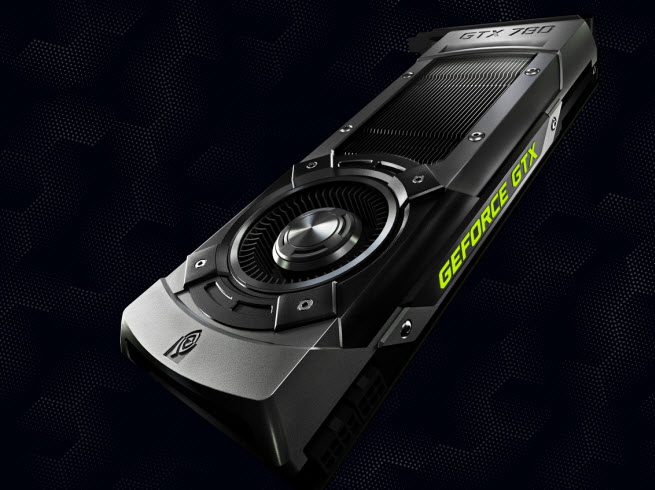 You could wait for the Microsoft Xbox One or the Sony PlayStation 4 to arrive this fall, or you could play PC games with better graphics now. Nvidia is launching its GeForce GTX 780 graphics chip today that will be able to run outstanding visuals in the latest generation of computer games. 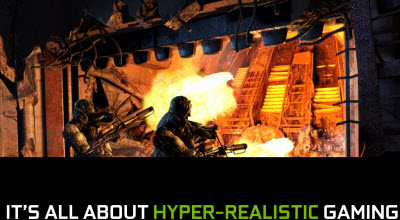 Santa Clara, Calif.-based Nvidia, the world’s biggest maker of stand-alone graphics chips, says that its new chip is primed to run this year’s batch of high-end PC games — such as Call of Duty: Ghosts, Watch Dogs, and Battlefield 4. Numerous gamer-PC makers are launching new computers today based on the new 250-watt chip, which can execute 4.0 teraflops in single-precision mode.

It’s worth noting that game consoles always lag behind the PC in performance. That’s because console makers have to lock in on a design a couple of years ahead of the launch and then give that specification to game developers so they make launch titles. The custom chip takes a while to design, and it can be engineered better than a general-purpose PC to run games.

But PC makers have the advantage of just taking the fastest off-the-shelf graphics chip and marrying it with other state-of-the-art components. They can build a more modern machine that isn’t based on last year’s technology. So it’s no surprise that a new Nvidia graphics chip with expensive PC trappings will be able to run circles around game consoles that haven’t launched yet.

The Nvidia chip has a Kepler-based graphics processing unit (GPU) with 2,304 cores and 3GB of high-speed GDDR5 memory. Those specs are 50 percent more than its predecessor, the GeForce GTX 680. Rival Advanced Micro Devices says it has a faster graphics card, but it achieves that by putting two graphics chips in a single card.

The new cards based on Nvidia’s new chip will come with Nvidia GeForce Experience software, gaming drivers, and other advanced features. The card taps PhysX, which creates more realistic physics and motion in games. Players who really want a fast experience can gang multiple cards together using Nvidia’s SLI technology.

“The GeForce GTX 780 delivers the fastest framerate and smoothest animation at a value never before seen in PC gaming,” said Scott Herkelman, the general manager of the GeForce business unit at Nvidia. “This level of performance allows gamers to become fully immersed into a game the way the developers originally intended.”

So yeah, you can run your games faster than the consoles. But you’re going to pay extra in order to do it.

Check out the Nvidia video about the new graphics card.