Nvidia continues to invest in its GeForce Now cloud-based streaming technology, which can deliver PC or console games to an Nvidia Shield set-top box in the living room. Instead of using a console or PC, the GeForce Now service executes the game in a web-connected data center and then streams it to the set-top box, which displays all of this on the TV.

The service is one of the bastions of cloud gaming, and it has more than 100 games available on it for a monthly subscription. Nvidia has been targeting gamers and their families for the service.

“We are still on the path of being the Netflix of gaming,” said Phil Eisler, general manager of GeForce Now cloud gaming at Nvidia, in an interview with GamesBeat last week. “The cloud gives us good analysis and data. About half of our customers are millennial gamers, and half are parents who enjoy playing games with their children.

“Gamer dads who are 35 and older struggle to find time to play games with their kids. They like the convenience of the system and the retro content. The millennial gamers, meanwhile, are very impatient and like to get their games quickly.”

“It will be the highest-performing system that you can get access to in your living room by the end of the year,” Eisler said.

Next year, Nvidia plans to move to Pascal GPUs, and that will double the performance again. My kids like playing games like Ms. Pac-man and Sky Force Anniversary. 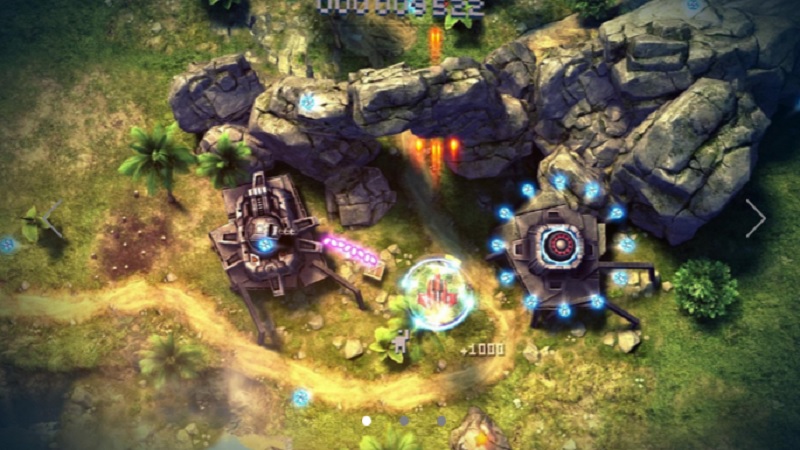 Developers can monetize their games in two ways. They can list a game for sale in the game store.

With GeForce Now Link, game companies can link to a third-party multiplayer platform, like an Origin or Uplay, to access player achievements and rewards.

Developers can monetize their games in two ways. They can list their game for sale in the game store, set their price, and receive industry-standard revenue-sharing. Or, they can add their games to the membership library and receive variable pay based on monthly play hours.

“We jumped on the GeForce Now platform to make our games available for easy streaming,” said Lauri Hyvärinen, CEO of FrozenByte. “The Developer Program keeps things simple, and lets us publish our games in the cloud in just a few steps.”

A lot of competition has come and gone. OnLive went out of business, and Sony bought its assets last year. Sony has also continued to operate its PlayStation Now cloud gaming service, which gets older PlayStation titles to run on the PS4. And new rivals such as Utomik are offering varying degrees of cloud-based gaming as rival services.

“Our focus is getting games to work in 30 seconds and we are working on ways to cut that in half,” Eisler said. “Other services may take minutes. So we focus on the most convenient way to play.”

GeForce Now is mostly reaching customers in Europe and in the U.S. Overseas expansion is still happening country by country.