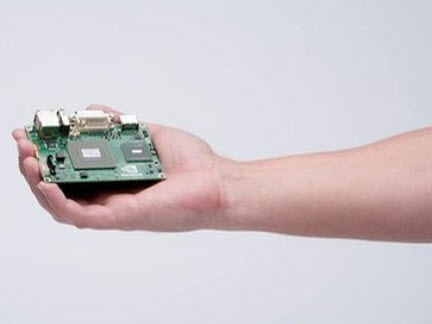 Nvidia is announcing a couple of deals with Wintel today that show the company is making progress with its new technologies.

In an endorsement for a new mobile graphics technology from Nvidia, Microsoft said it had certified Nvidia’s Ion platform to deliver a premium Windows experience on low-cost netbooks, or low-cost web browsing computers that are cheaper and less functional than laptops.

Nvidia’s Ion combines a chip set with a graphics core in a single chip. Paired with an Intel Atom microprocessor, the Ion platform is targeted at netbooks and other mobile devices. Earlier netbooks didn’t run Microsoft’s Windows Vista. But Windows 7 is expected to run on a variety of machines, including those using the Ion platform. Windows 7 machines running on the Ion platform could debut by this summer with prices as low as $299, the companies said. Windows Vista Home Premium could also be packaged with Ion-based deskotp computers or more powerful notebook computers.

On another front, it’s no secret that Nvidia is in a quiet war with the other member of Wintel. Nvidia’s graphics chips and Intel’s microprocessor are in a tug of war over who owns the PC. Well, today, Intel is taking a license from Nvidia to get access to Nvidia’s SLI technology. SLI is a chip set feature that allows a computer to use multiple graphics chips at the same time, ganged together, to get better overall graphics performance. Now Intel will license SLI for use in Intel chip sets that sit on the Intel DX58SO motherboard for the Intel Core i7 microprocessor.

That means that Nvidia’s technology can be used with a Intel’s fastest microprocessors in a way that supports four graphics chips in the same PC. These kinds of computers are aimed at gamers who want screaming graphics performance for the highest-end games. With the new announcement, now Nvidia’s SLI technology can run the gamut of Intel’s product line.

As much as these companies jockey for power and don’t like each other (as we saw in a recent Nvidia dinner), it seems that they are all part of the same ecosystem and are joined at the hip.