Jen-Hsun Huang, chief executive of Nvidia, told us that the company worked on the project for more than five years as it evolved from making graphics chips to providing systems directly for gaming and gadget enthusiasts. The Shield set-top box is designed for gamers. While it’s thin and smaller than a laptop, it’s powered by the high-end Tegra X1 processor. It can run 4K games and decode H.265 video. That processing power distinguishes the Shield from other Android TV set-top boxes. The box has 3GB of RAM and 16GB of flash memory, with an expansion slot for those who want to upgrade.

The system will debut in May for $200, with a free basic subscription for the cloud service.

“It’s like the Netflix of gaming,” with the Nvidia Grid cloud gaming service, said Matt Wuebbling, director of the mobile business at Nvidia. 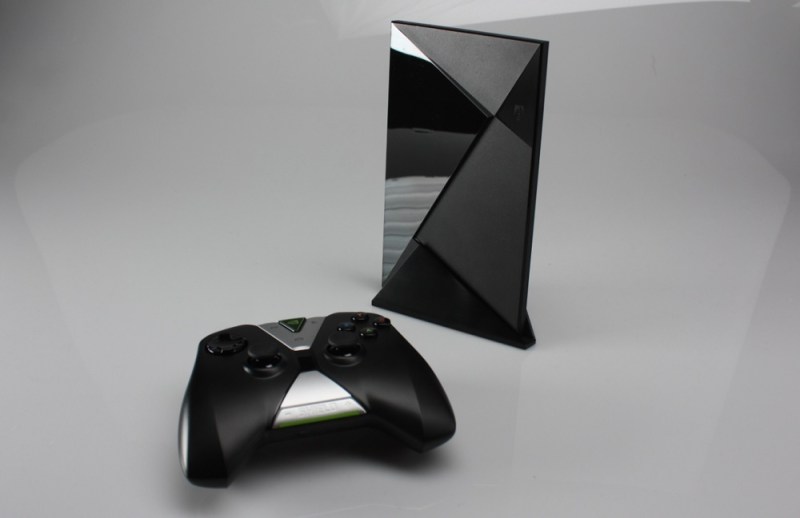 You can use the Android TV voice-recognition feature to speak voice commands to the set-top box. You can do Google searches with the commands, and you get recommendations based on your gaming history. The new Shield has Google Chromecast built into it, so you can display the screen of your Nvidia Shield Tablet to the big-screen TV via the Chromecast functionality.

Coonrad also showcased the Nvidia Grid service working live on a fast Internet connection by running Capcom’s Street Fighter IV Ultra. In addition, I separately played a hands-on demo of Dying Light from Warner Bros. and Doom 3: BFG Edition, along with seeing a hands-off demo of Crysis 3. The Nvidia Grid service worked without any visible latency, even though it was streamed from the cloud. Shield will launch with 200 Android games that have native controller support.

Here’s our video interview with Coonrad.