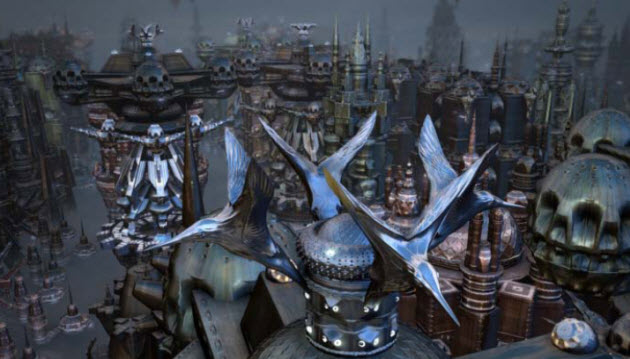 Nvidia is, yet again, delivering the world’s fastest graphics chip. 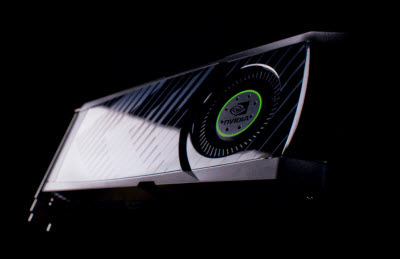 The Santa Clara, Calif.-based company is announcing the GeForce GTX 580 GPU (graphics processing unit) today as the latest must-have graphics chip for PC gamers who have to have screaming performance. But the best thing about the chip is that it doesn’t scream at all. The chip is more power-efficient than its predecessors, so it can be the heart of a quiet computer that doesn’t need an arm of whirring fans to keep it from melting down.

The new Nvidia chip will put the ball firmly in the court of rival Advanced Micro Devices, which will have to come up with an answer soon or suffer embarrassment about failing to dominate the high-end of gaming. (Actually, AMD is moving in a different direction, combining a GPU and a CPU, or central processing unit, in a single chip. AMD will be talking more about its Fusion family at its analyst meeting today). The previous fastest-chip was the Nvidia GeForce GTX 480, launched six months ago. The new chip can be anywhere from 20 percent to 2.6 times faster than the fastest available AMD chips, Nvidia said, depending on which game is being played.

Justin Walker, product manager at Nvidia, said the company re-engineered its Fermi architecture (which was first used in the GeForce GTX 480 graphics chips) from the tiniest component upward to deliver better power efficiency. The chip is 35 percent better in terms of performance per watt of power consumed — a common measure of design efficiency. That’s why a desktop with two 580 graphics boards can operate silently and still play DX11 games, or those that support Microsoft’s DirectX 11 graphics standard. 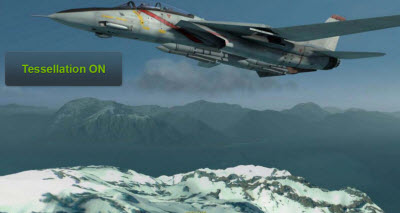 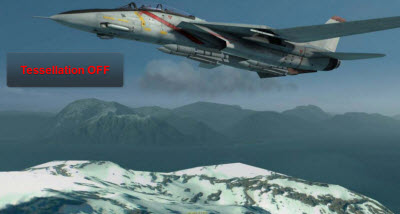 To cool off the chip, Nvidia created a new way to get heat out using a “vapor chamber thermal solution” that has a built-in liquid-cooling system. The GeForce GTX 580 chip has 512 processing engines known as cores. It exploits a new feature known as tessellation, delivering performance that is 10 times better than AMD’s fastest graphics chips, Walker said.

The GPU can process a theoretical maximum of 2 billion triangles per second; that means it’s incredibly fast at painting animations on a screen. I watched a demo at Nvidia that showed Ubisoft’s latest state-of-the-art PC game, Tom Clancy’s Hawx 2, running in stereoscopic 3D across three monitors. The visual effects on the 3D monitors were stunning, giving the game player a wide field of view that would amount to an unfair advantage over a player who was using a more limited graphics card. As you can see in the pictures here, the mountain imagery is much more realistic and sharper using the new Nvidia graphics, which includes the advanced tessellation feature.

Nvidia’s new chip can also do a great job running Endless City, a graphics demo where a city seems to stretch on forever (pictured at top).

The graphics chip will be available in cards that cost $499. It is shipping today at 17 different graphics card vendors. The new Nvidia GPU is made with a 40-nanometer process in factories owned by contract chip manufacturer Taiwan Semiconductor Manufacturing Co. The 480 GPU also used the 40-nanometer process. Nvidia’s next major Fermi-based GPU is due to be shipped sometime in 2011.