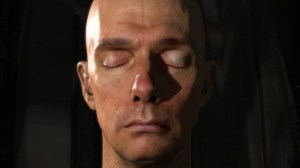 I can remember the first interview I did with Jen-Hsun Huang, chief executive of Nvidia, back when the company was coming out of stealth in 1995. Since 3-D games didn’t exist back then, Huang described his graphics chip as the ideal “Windows accelerator.” And if you remember those days, Windows needed a lot of help. Then came no less than 50 3-D graphics startups. They all came and went. Nvidia remains.

The company’s newest cell phone processors have more power than that PC graphics chip from 1995. And state of the art graphics processors can recreate a human head in uncanny detail, from the 5 o’clock shadow on a man’s face to the way light scatters underneath the skin and makes it glow.

Now the company is the big kahuna of graphics. It still faces Advanced Micro Devices, which bought ATI Technologies, and Intel is now moving into graphics chips. But now it’s Nvidia’s turn to encourage startups in the field of visual computing. Entrepreneurs are coming out of the woodwork to use the horsepower of the latest graphics chips to create rich applications from scientific computing to visual imagery from professional artists who are recognized by the nonprofit digital art group CG Society.

About 60 of those companies will talk about their plans at Nvidia’s Emerging Companies Summit, which takes place Aug. 26-27 in San Jose, during the Nvision 08 conference Aug. 25-27 at the San Jose Convention Center. Nvision 08 is Nvidia’s first major conference, featuring everything from a professional gaming tournament to a speech by Battlestar Galactica star Tricia Helfer.

Jeff Herbst, vice president of business development at Nvidia, said his company has invested in a variety of applications companies that exploit Nvidia’s chips and its new CUDA programming environment. The companies that will talk at the conference all fit into the tracks of visual computing, gaming, lifestyle computing, and high-performance computing based on Nvidia’s CUDA programming language. Over the years, Nvidia has invested in companies that exploit graphics, such as Keyhole, the satellite imagery company that was acquired by Google, which turned the application into Google Earth. Emerging companies scheduled to participate include Acceleware, Cooliris, Elemental Technologies, Emergent Game Technologies, MotionDSP, NaturalMotion, and Right Hemisphere.

“We’ve come to realize that visual computing is a platform in its own right,” Herbst said. “Without this ecosystem, our hardware won’t get used the way it should be.” 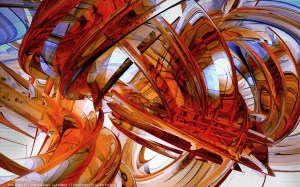 Calisa Cole, vice president of corporate communications, says that the time has come for these twin conferences because startups are plentiful and the benefits of visual computing are all around us. Our cars are better designed, digital movies are easier to edit, baby ultrasounds are clearer than ever, and bone scan results come back quicker.

Nvidia’s chips (as well as AMD’s) are the foundation for the visual computing ecosystem, including game developers such as Epic Games, which makes games such as the upcoming “Gears of War 2” as well as engines for graphics that game startups use to get into the business. There are hardware and software companies with applications ranging from airplane design to medical research to special effects animation.

Company conferences are starting to supercede industry-wide events in the tech industry. In a way, Nvidia is taking a page from the playbook of its biggest rival, Intel, which holds a variety of “Intel Developer Forum” (Aug. 19-21 at Moscone Center West) events to encourage an ecosystem around Intel products. It’s interesting that Nvidia’s first big event comes under a shadow; Nvidia reported a lousy quarter, which included a $200 million write-off related to technical problems with how its graphics chips are affixed to notebook computers. But Nvidia hopes that this era of visual computing will begin to overshadow the era of the microprocessor. The battle between Nvidia and Intel is just starting to heat up.

Speakers at the conferences include luminaries such as Jeff Han, the pioneer of multi-touch displays who was named one of Time magazine’s 100-most-influential people last year. Conference titles include “How We Crammed a Black Hole, a Star Cluster, and Turbulent Plasma into a GPU (and Live to Tell About It).” And for entertainment, there is the pro-gaming tournament and an evening music concert and light show dubbed “Video Games Live.” An estimated 6,000 to 8,000 people are expected to attend Nvision 08, while several hundred are expected at the Emerging Companies Summit.