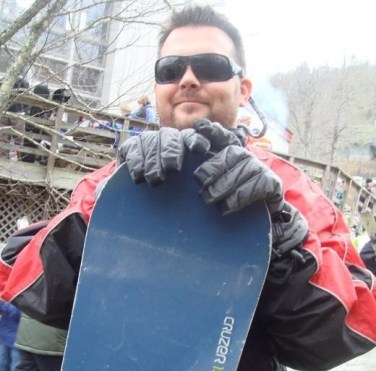 You’d think that Ocean Marketing’s Paul Christoforo would try to avoid the limelight after one of the worst PR moves ever this week, but you’d be wrong.

Christoforo (pictured) was apparently holding the e-mail and social media accounts for the N-Control game controller hostage, according to Moisés Chiullan, who took over PR for the company after Christoforo was ousted. Chiullan went on to detail the situation in a Reddit AMA discussion (where people answer questions submitted by Reddit readers), which eventually drove Christoforo to cooperate.

I’ve been trying to get him to give up the access to these things he’s been holding hostage (email accounts, Twitter, etc) by asking nicely for a couple of days. The gloves are off now.

Paul told me on the phone two hours ago that “Eight months ago, I locked down all this stuff so they wouldn’t be able to fuck with me. If they don’t give me what I want, it’s war.” His demands include a contract written on his terms and substantial compensation, both immediate and for as long as the company continues to exist. He flaunted the PR debacle he created as proof that he “made the company a success”, citing all the media and public attention as the “best thing that ever happened to Avenger”.

He didn’t count on the fact that I anticipated all of this and have been a computer hardware and web tech since I was 14.

Several hours after the Reddit AMA began, Chiullan tweeted on the Avenger Controller’s Twitter account: “Happy to report that Mr. Christoforo has abruptly become very forthcoming regarding digital assets that he was previously withholding.”

I’m sure we’ll see more details about this latest drama soon, but for now I’m just flabbergasted by Christoforo’s complete lack of self-awareness.

Christoforo’s Ocean Marketing (he’s the only employee) rose to Internet stardom thanks to an over-the-top e-mail to an N-Control customer. VentureBeat’s Dylan Tweney bravely re-enacted the fiasco in our latest VB Weekly segment.