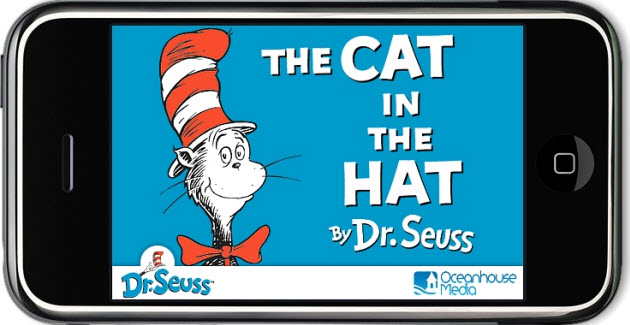 Neophyte game developers have viewed the iPhone as a gold rush — an opportunity to get rich building games that don’t have to go through all of the traditional filters that publishers and retailers put in the way of startups.

But Michel Kripalani, president of Oceanhouse Media in San Diego, Calif., has been through a gold rush before in the early days of video games. He figured out the way to succeed on the iPhone is to publish lots of games and electronic books under license from big names such as Dr. Seuss. Each one of the apps may sell in small numbers, but the sheer volume of apps is enough to generate a diverse portfolio of products that keeps business humming along. 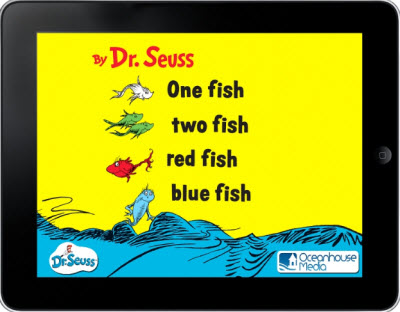 Kripalani figures he has now generated a rare thing: a self-sustaining business built entirely on the iPhone digital books and games platforms. Kripalani talked about his company at Monday’s iPad Game Summit in South San Francisco, Calif. The lessons he’s imparting are not unlike the case studies we’ve written about other iPhone developers such as Backflip Studios and Bolt Creative.

“We’re quickly coming out of the mom-and-pop business and becoming a real business,” Kripalani said.

The company is run by Kripalani and his wife Karen, but it has worked on and off with about 20 contractors. It operates much like a film company, where the contractors get a share of the rewards for each individual app they help create. Using that model, Kripalani hasn’t had to raise any money.

“We come together for projects and then part ways when we are done,” he said. “We reform as needed. It has helped us reduce our risks dramatically.” 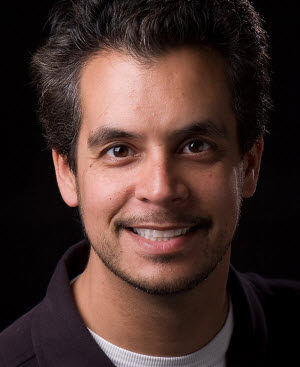 Kripalani dove into this gold rush with a lot of caution, since he had done it before. About 20 years ago, he thought the next big thing was going to be the CD-ROM, the first mass storage device that would enable companies to deliver high-quality games in an economical manner. With partner Greg Uhler and other friends from college and high school, Kripalani started Presto Studios, an independent game studio in San Diego, Calif., to make an ambitious CD-ROM game called the Journeyman Project. It was a complex and ambitious game, and Kripalani had to scrape together $70,000 from friends and family. To make money on it, the company needed to sell 10,000 copies.

The CD-ROM boom came, but not in a big way for Presto Studios. The Journeyman Project sold 150,000 copies, putting the game studio on the map. But a rival, Cyan, came up with a much bigger hit in the simpler story-driven game Myst, which sold millions of copies. Presto Studios did a variety of games, but it never had its breakout success. The company had one game that sold 1.5 million units; but it was Myst 3: Exile, based on the franchise that rival Cyan created. Kripalani felt like the business was just treading water as development costs rose; the company finally shut its doors in 2002. 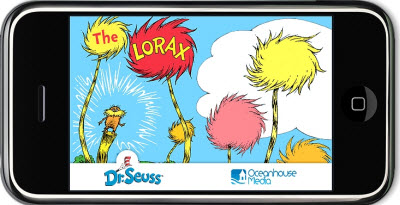 Kripalani took two years off and reset his life and priorities. He went back to work in the corporate world selling tools for Autodesk and got married. Then he got laid off. Days after that, he latched onto the iPhone as something that could turn everything around for independent game developers. It was a cool platform with a digital distribution market, and at the time there were only around 10,000 to 15,000 apps on it.

“I figured thar’s gold in them thar hills,” Kripalani joked.

He formed his company in January, 2009, and shipped his first app, Bowls, in March 2009. The app lets the user play a simulation of Tibetan singing bowls, which make musical sounds when you rub the rims. His team of contractors moved fast. The app became a steady seller, making its money back fairly quickly. It was encouraging, but Kripalani figured he needed to have about 30 to 50 apps generating revenue to have a comfortable lifestyle business for his family and his contractors.

The odds of success were tough as thousands upon thousands of iPhone apps appeared. Reminded of the start of the video game business, Kripalani sought out licenses with brands. He focused on the fledgling market of electronic versions of books, which were becoming popular on the iPhone.

He secured a deal with Hay House, the largest publisher of self-help books, and another one with Chronicle Books. And through a connection made through his college alma mater, he scored a deal to make electronic books based on the Dr. Seuss children’s book series last fall. 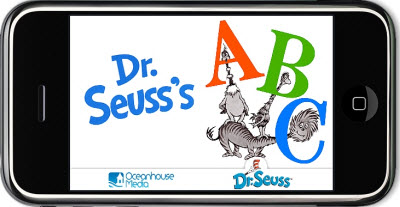 Those e-books have turned into huge hits, and the company has made a number of games based on the Dr. Seuss license as well. Earlier apps might have sold 10,000 copies in their life cycles. But Kripalani believes the Dr. Seuss titles could sell in the hundreds of thousands.

About a third of the apps have reached the top 100 for their respective categories. A couple of apps have made it into the top 10. Now the company launches a new book every two to three weeks. At the launch of the iPad, Oceanhouse had four apps ready to go. A couple of them became the top 2 and 3 paid books on the iPad. Overall unit sales for Oceanhouse are now closing in on a million copies sold.

Now Kripalani has to consider his options for expansion. The company is self-funded, and Kripalani is the only full-time employee. By using contractors, Oceanhouse has been able to ship 99 apps to date. No. 100 will be Dr. Seuss’s Green Eggs and Ham, the top-selling children’s book of all time. Now the company is focused on apps that uplift, educate or inspire.

Kripalani thought it would take revenue from about 20 apps to make the company sustainable. It actually took revenue from about 80 apps to make that happen. As the iPhone market continues to grow, original titles will pay off at some point. But for now, Kripalani believes that licensed properties are the way to go. And he believes the insights for running a real iPhone business wouldn’t have occurred to him if he hadn’t gone through the earlier gold rush days.

Right now, Kripalani is focused on the iPhone; he doesn’t see companies getting much of a return on Android apps yet. Competitors include Disney and Scroll Motion in the children’s book space. Kripalani says more licensed children’s titles are coming soon. Beyond that, he says, “There’s so much change in this market, it’s hard to plan far ahead.”