I love playing Japanese role-playing games, but I rarely play them on a TV or computer. Portable systems have spoiled me.

Yes, I’m still playing these games at home … just not on a big screen. I work from my home office, so I don’t play an hour of a game on the train. But I have a found my favorite time to play JRPGs: right before bed, alternating between sitting up or laying down. This is how I’m playing Octopath Traveler, Square Enix’s new JRPG for the Switch. Nintendo’s new system makes playing a JRPG more comfortable than ever before.

The 3DS and Vita generation spoiled me. Tons of great JRPGs came out for both systems. The 3DS has Bravely Default, Shin Megami Tensei IV, and Persona Q. But the Vita is even better, even though its library of newer JRGs isn’t as grand. But it has a digital store full of PSP and original PlayStation RPGs, so you can download classics like Trails in the Sky, Suikoden II, and Final Fantasy IX. Even older portable machines, like the Game Boy Advance and DS, have great JRPG libraries (although I wasn’t playing as many of these games back then). 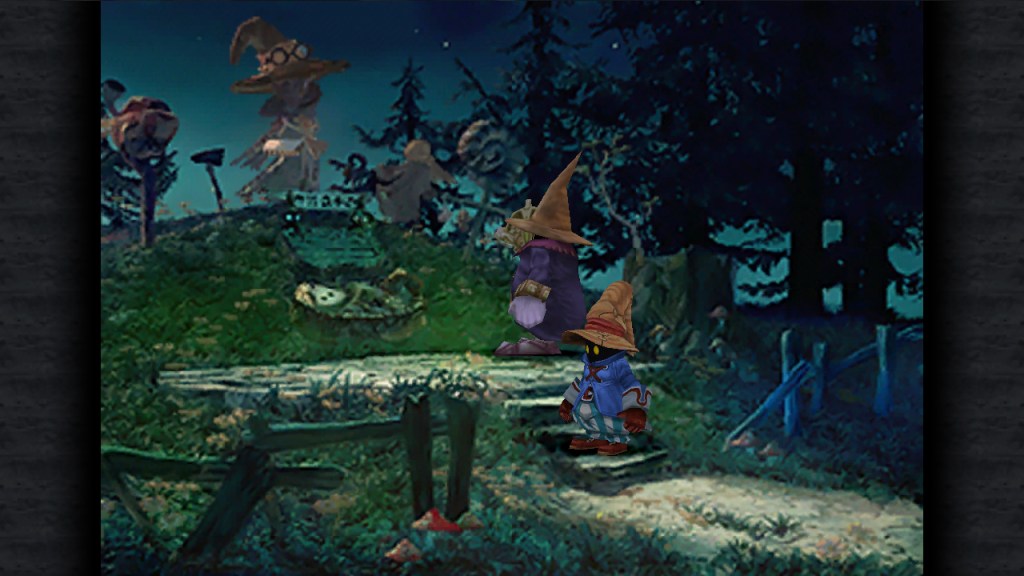 But those are aging systems. The Vita is dead, and the 3DS only has a few major releases left. That leaves the Switch as the only viable successor to portable JRPGing.

We got our first taste of the system’s potential with last year’s Xenoblade Chronicles 2. It’s a big game that can take over 80 hours to finish. That can look like a daunting task for most adults, but playing it for an hour or so in bed each night helped the experience become more of a relaxing ritual than a chore. This is how I tackled most of the JRPGs I’ve played in the last several years.

Xenoblade Chronicles 2 is a fun time-sink, but it is only one game. Octopather Traveler gives us the system’s second major JRPG release. I’m enjoying this beautiful game, loving its pixel art and engaging battle system, but I’m a bit put off by its episodic structure. This makes it a difficult JRPG to play for multiple hours at a time. Each chapter has its own story arc, and they take about an hour and half or so to go through. Playing through more than one of them in a session can feel like a slog. But taking on one chapter at a time before bed is a better experience. 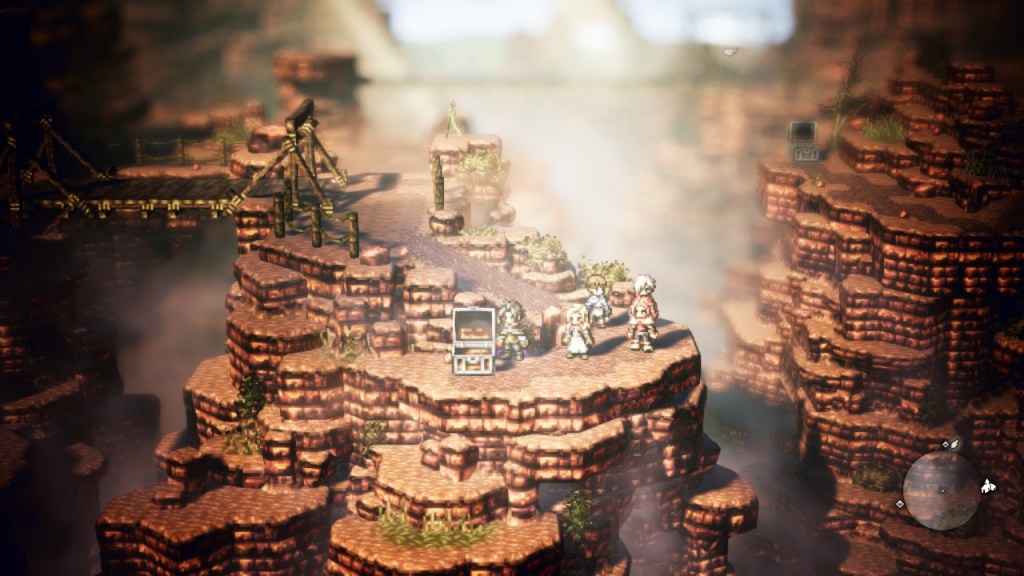 Above: The world of Octopath Traveler has a unique way of showing depth.

It terms of features, the Switch does a lot of the same things as the Vita and 3DS — at least when it comes to making JRPGs comfortable to play anywhere. You can easily hold the screen when laying down. You can push a button to put the console to sleep, suspending your progress wherever you want at any time.

But the Switch has advantages. Its screen is bigger and clearer, so it’s easier to read text and notice smaller graphical details. If you really want that TV experience, you can dock the Switch and play any game on the big screen. And the Switch has a full-sized control stick that’s more comfortable on the thumb than the tiny one on the Vita or the nub on the 3DS. With those bonuses, this is the best way ever to play JRPGs.

The Switch still needs a bigger JRPG library. Like I said before, the Vita was great because it had access to so many classics. Smart publishers will begin porting over their best JRPGs to Nintendo’s hit machine. Final Fantasy IX and Persona 4 Golden would be fantastic on the Switch.

Octopath Traveler proves that the Switch is a JRPG beast. It just needs more of them.