Oculus has already sold more than 1 million virtual reality head-mounted displays — although most of those are the Gear VR peripheral for Samsung Galaxy phones.

The Facebook subsidiary announced in a blog today that 1 million people used the Gear VR last month, which is a significant milestone for this burgeoning market. Those consumers are now in the Oculus ecosystem, where they can find more than 250 games, apps, and experiences from a number of developers. Analysts at SuperData Research, a gaming intelligence firm, expect that VR could grow to $40 billion in revenues by 2020. But experts believe that 2016 will get off to a slow start. With a respectable mid-tier headset like the Gear VR in the hands of so many people, however, the industry could start producing the occasional breakout software hit.

Reaching this early important figure is a positive sign for Samsung and especially Oculus. The Gear VR is not Oculus’s primary Rift product, but it is something that could help funnel people and content into that high-end VR device. Gear VR is only $99 for anyone who already owns a recent Galaxy phone from Samsung. This is a relatively inexpensive way to show people the potential for VR, and it’s also a way for Oculus to get people spending money on its app store.

Additionally, Gear VR is a great way for developers to get used to building virtual content for big audiences. Those studios can then take those lessons — or even those apps — and port them to a PC VR audience that is willing to pay $600 for the Oculus Rift on top of the $1,000 minimum they spent on their computers with high-end graphics chips.

And Oculus is definitely using this 1 million-users mark to highlight the developers it’s working with. The company has repeatedly emphasized that if content creators are not making money on VR, then the new tech doesn’t stand a chance. That’s something we saw with Android microconsoles like the Ouya, which were a similar offshoot of traditional gaming that had a lot of excitement. Unfortunately for Ouya, developers quickly reported they weren’t making money on that platform. Oculus is cognizant of this, and it is pointing people to the Oculus Store to check out some of its early games. 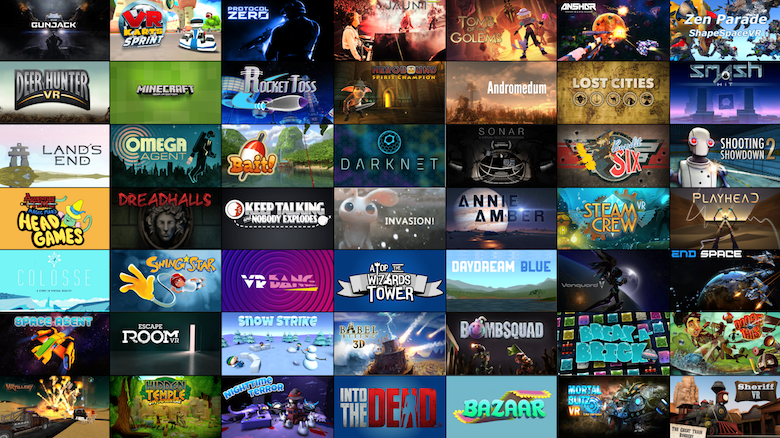 Above: Some of the Gear VR games on the Oculus Store.

Oculus notes that people a wide range of people are checking out Gear VR apps and not just for gaming. Seven of the top 10 most-used apps are 360-degree video experiences.

The company is also looking ahead in an effort to show that it has more content coming. Most notably, Oculus highlighted Nomads, Discovery VR, and Facebook 360 Photos. Nomads is a 360-degree video documentary about human culture around the world from Felix & Paul Studios. Discovery VR is introducing a Deadliest Catch VR experience. Facebook Photos, meanwhile, give you the chance to go inside photo spheres people can shoot with the Facebook mobile app.

Finally, Oculus Home and the Oculus mobile app are all getting updates for Gear VR. These should improve discoverability for the growing library of experiences.