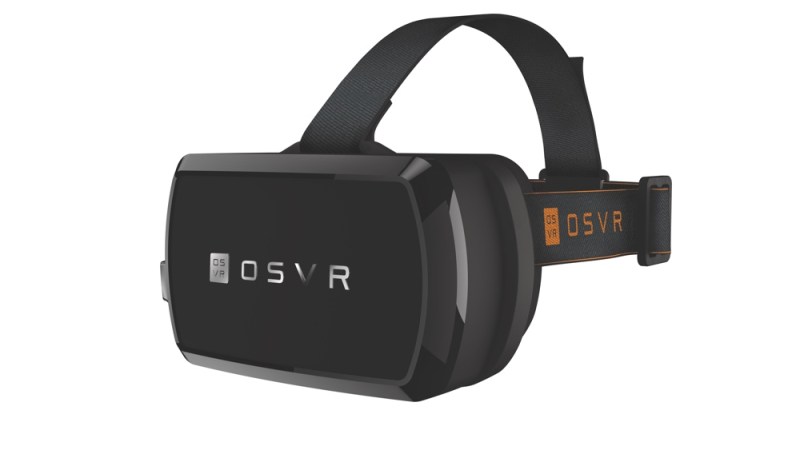 GamesBeat: As other headsets are hitting the market these days from other companies, does that start to dilute the market? You were and are the big name in VR, but now smaller players are rushing to market and getting out there first.

Mitchell: All the people rushing to market first does — it can poison the well. No one has poisoned it yet. I haven’t seen the OSVR hacker development kit. I have seen plenty of bad VR headsets. What we’ve shown is that it’s incredibly hard to deliver a great experience. We’ve been working on Gear VR for more than a year with John Carmack, one of the best engineers of all time. We have a huge team of people working on Gear. On PC we have a huge team working there too. We have 250 of the best VR engineers in the world eating, sleeping, breathing, creating VR. We’ve been iterating on the Rift for more than two and a half years and Gear VR for more than a year. So I think we’ve proven that it’s hard to do this right. We’re committed to nailing it.

What everyone else is showing is that it’s easy to do poorly. It’s easy to build a simple headset. I’ll say, Cardboard is not done poorly, but Cardboard shows how easy it is to build a simple VR headset. You take a piece of cardboard, drop a phone in, you have a VR headset. Is it the experience we want to deliver? No. It’s a cool toy. I think Google will do some neat stuff with Cardboard now that they’re doing an SDK and stuff like that.

Some of the other groups — “Oh, we have a VR headset now! High-resolution display! Works with Xbox!” — you should be wary. I’m hoping it doesn’t poison the well overall. Hopefully we’ll get a chance to try more of these headsets here at CES, because–I didn’t know what to expect, but it really is the year of VR here at CES. People are joking that it’s like 3D TVs a few years ago. VR is everywhere.

GamesBeat: I’m not sure that’s a comparison you want.

Mitchell: Exactly. We’re very up front and transparent. We don’t think we’re quite there, in Innovator Edition or Crescent Bay. We have a ways to go before it’s consumer-ready.

GamesBeat: With Crescent Bay, are there things people pointed out as shortcomings? There’s a bit of the screen-door effect, still.

Mitchell: Definitely. We are transparent about all that stuff. The headset is fragile. We’ve had some audio components break off. The tracking volume could be better. The tracking could be more precise. I could tear it apart because I know what we’re working on for the consumer Rift. But overall it’s not perfect. That’s why it’s a prototype.

Another testament to that whole situation is that Sony still hasn’t announced whether Morpheus is going to ship. I assume that’s because they’re working on it. Just like us, they know consumer VR is not quite there. We’re getting close, but we’re not quite there. That’s why you’re seeing some of the people who’ve been in it the longest still holding back and not rushing to market.

GamesBeat: Is there a chance that we will see a consumer unit by the end of the year, or is that too aggressive a schedule?

Mitchell: There is a chance. But that’s not to confirm anything. The general life cycle for product development on a normal hardware product can be something like — You can turn a product around in 90 days. We don’t turn a product that quickly. We’re a startup that struggles sometimes. We’re still learning. VR is still new.

Assuming we knew what it wanted to look like, though, we could have something built out in China in 90 days. You can get these things rolling off the line in 90 days, but then you want to build stock. Then you’re producing them for a month, two months. Then you ship for a month or two over freight. Overall you might have six or eight months of getting a lot of units somewhere. 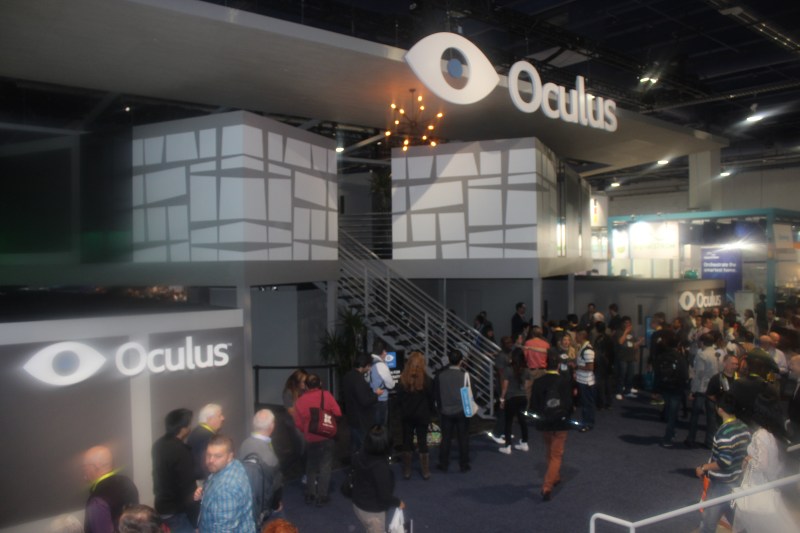 GamesBeat: Are you setting up manufacturing? What you have for the DK now is certainly not going to be enough when you go live.

Mitchell: We’ve been setting up manufacturing for a long time. DK1 was our first foray with a CM. With DK2 we ramped in a big way and did something a lot more complex. Since then we’ve been doing a lot on the manufacturing side to set up for the consumer run.

It’s fascinating, because I come from a software background. The way you can leverage multiple manufacturers for different components to be competitive and to be backstops for each other — If you have one CM where Apple shows up and says, “Here’s a bag of money, build for us,” we have another CM in reserve, in ramp. We’ve been setting all of this up since the beginning of the company, really. We’re in a great spot. A lot of that is the talent we’ve brought on here. We brought on Raoul who was at Java and Monster. We brought on Adrian Wong who was at Google Glass. These guys have been setting up an awesome NPI and manufacturing program for us to be ready when it’s time to ship the consumer Rift, or start going mass production. We’re going to be ready. We can’t be flat-footed on that type of thing.

GamesBeat: What’s the pattern you see in the latest things people are working on? I see a lot of these 360-degree videos.

Mitchell: It’s this blue-sky mixed bag. We’re seeing people do 360 video a lot. Palmer was on a panel yesterday with the CEO of Jaunt and some of the other filmmakers messing with 360 video. 360 video is still super hard. It’s not something we’ve invested a huge amount into, aside from building our own applications for playback. We’re seeing a lot of game development still. It’s awesome to see all the indies in the space dive in. We’re seeing bigger names drop in, especially with Gear VR. Uber Entertainment and companies like that.

Every morning we’re always talking about the new weird demo, whatever it is — some students at a hackathon building a game where you defuse a bomb in the Rift, or a high-end game on Gear VR that we’re testing for the first time to go into the app store. There’s always new content. It’s always cool to see what people are doing.

That’s one of the best things about VR in general. It’s a new medium. Everything is new. Just like the Crescent Bay you went through, we’re trying to showcase a couple of the types of experiences you can have. Some are more cinematic. Some are more about storytelling. Some are more like a SimCity-style game. Some have you dealing with an NPC in a space. We’re trying to show a diverse set of the things you can do in VR, and they’re all new. Again, that’s one of the cool things about VR. It’s fresh. We don’t know exactly what the killer app is going to be. I do think gaming is hopefully going to be the killer app, because I’m a big gamer.

GamesBeat: What do you think about the different variations on VR? Things like sitting at a desk or standing up and moving all over the place.

Mitchell: We’re still targeting a seated experience for CV1. This demo is standing up to demonstrate presence. When you stand up it’s an amplifier for presence, much like audio or low persistence. When you stand up and you’re free in the space, for whatever reason, your brain–I think it’s because rather than being rooted in this chair, feeling stable and safe, when you stand up your brain is able to suspend disbelief a lot more quickly, believing that you’ve been teleported to someplace entirely new. In this demo we want to show how powerful presence can be, so we’ll have you standing.

For the consumer Rift we want people sitting down. There are all sorts of liability concerns. We are putting you in a different world, so the last thing we want you to do is not only be blindfolded, but also running through an open field in VR and crashing into walls. It’s a recipe for disaster. People keep asking what people are going to do there. They’ll do their own thing and set up their own space. I think people are going to do all kinds of stuff. People do crazy stuff with their own computers all the time.

One other simple thing, from a product and user experience standpoint–You look at something like Kinect or Wii, we saw that it’s hard to find enough space in your home to have an experience like that. People were like, “Oh, let’s play Wii” and they’d start moving furniture around and pushing the TV back. We don’t want VR to have to have a space like that. We want you to be able to experience VR at your desk. Almost every home has a computer. Mount the camera, be comfortable, be safe, and have a great experience. Getting that right is the path to great consumer VR. We’ll see where we go from there.