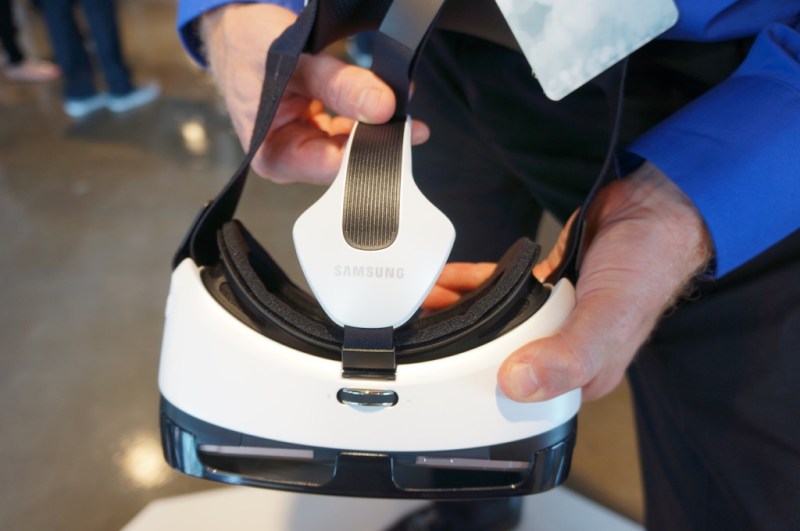 GamesBeat: Does that work against you? Most of the demos I’ve had had me standing.

Mitchell: It works against us, but only a little bit. You don’t necessarily want to stand up all the time when you’re going through a long-play VR experience. When you drop into Elite Dangerous, sitting and playing Elite Dangerous is a great experience. People are coming in and saying they play it four hours every day. You don’t want to be standing or walking around two to four hours while you play a game like that. There’s going to be experiences where you do want to be like that, but those are going to be fewer, I think. When you start to get into a standing experience, it gets more niche, especially early on. Long term, who knows? We may all have rooms like this in our house. We might do this interview in VR, 10 years from now. But we want to start with the seated experience.

GamesBeat: Do you think you can get rid of the wire?

Mitchell: You can, but it’s expensive. There are latency challenges. It’s not quite there. We’re pushing so much bandwidth over the wire that it’s not practical to send it over wireless today.

Mitchell: We’d like to be higher. 90 is a good threshold for consumer. This runs at 60 Hz. Some people do perceive flicker. It’s an issue. With DK2, we were at 76 Hz, which is a good threshold. A lot of people can’t perceive any flicker at 76. When you get to 90, that’s when it starts to be — Almost no one can perceive it. We’d love to be at 120. 90 is a good sweet spot in terms of bandwidth over the wire. If we jumped up to 120, we would need a faster GPU. That’s one of the fastest GPUs on the market that’s not supercomputer craziness. That’s a normal, “I’m a gamer, I want the fastest GPU.”

GamesBeat: Do you see bundling with video cards when you come out, or will you do a stand-alone product?

Mitchell: I’d love to see an experience where you can buy the Rift along with some sort of machine specification that you know is going to work well. That’s something we talk about a lot internally. That’s something you and I were alluding to before. I got an email this morning from someone who said, “My son’s interested in building games for the Rift. What system should he buy to develop?” It’s a question we get all the time and there’s not a good answer. That’s something we have to overcome for the consumer version.

Whether that’s just, “Hey, you need this graphics card” and some people will bundle it — you go to Newegg to get the Rift and the recommended graphics card — or if we have a partner or multiple partners who sell an Oculus system, there are so many ways to tackle it. We don’t have an official answer yet, but it’s something we’re looking at. We want to make it easy to get into VR.

GamesBeat: What are you showing in the booth? Is it the same as what you have here?

Mitchell: Yeah, the same thing. VR channel surfing. It’s a big booth, isn’t it? It’s the public debut of Crescent Bay. We wanted to go big at CES and give people a chance to see it, because so few people got to see it at Oculus Connect. A thousand developers that we hand-picked does not make for a big splash.

GamesBeat: Do you feel like 3D audio is done at this point, or do you still have different variations of it, different things to improve?

Mitchell: Definitely not done. This is an early build of 3D audio. I don’t know how well the spatialization worked for you guys, but audio is a big amplifier for presence. We’ve been working on the audio SDK. It’s early days. The spatialization does make a big difference. When you hear that pipe burst above you or hear the bird chirping and you can turn your head while the sound stays perfectly spatialized, that has to be there. It’s relatively important for that to be there for a powerful sense of presence. 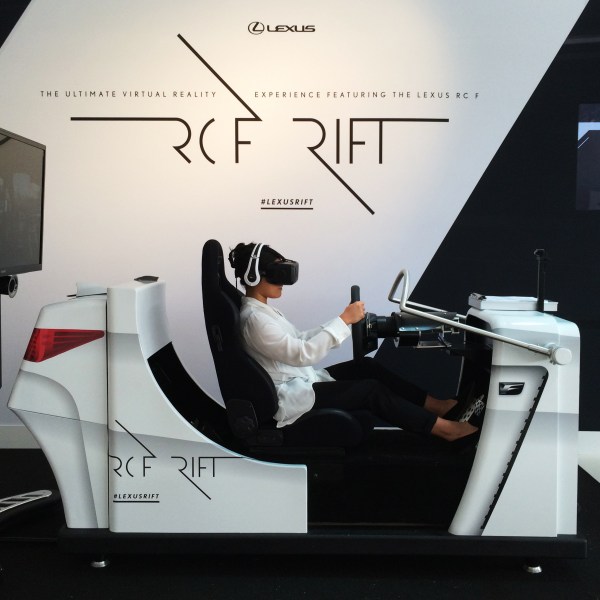 GamesBeat: This one has it all attached. Is that the preferred method for audio, or could you make this work with a third-party headset?

Mitchell: You can use a third-party headset. We want to provide the integrated audio solution, sort of like the computer situation we were talking about. You buy the headset, put it on, and you have a great experience. The other nice thing about integrated audio is that, from a sound design perspective, it’s really powerful to know, as a sound engineer, what headphones the audience is going to be using. When you’re a sound designer for games right now, it’s kind of a nightmare. They’re probably going to be playing it out of laptop speakers, so who cares about audio? But once you know they’re going to be using this type of headphones, it’s awesome, the tuning and magic you can do.

All that said, people are zealots about their favorite audio. We all probably have different favorite brands. Those are removable — not on Crescent Bay, technically, but for the consumer Rift we want to make them so they can be removed and you can plug in your own headphones. It’s a great driver that we’re using in Crescent Bay. We’re not saying which one it is, but it’s still a relatively cheaper driver. If you have some Sennheisers or Bose headphones they’ll be higher quality. We want you to be able to use your own headphones. We’re not trying to force audio on anyone.