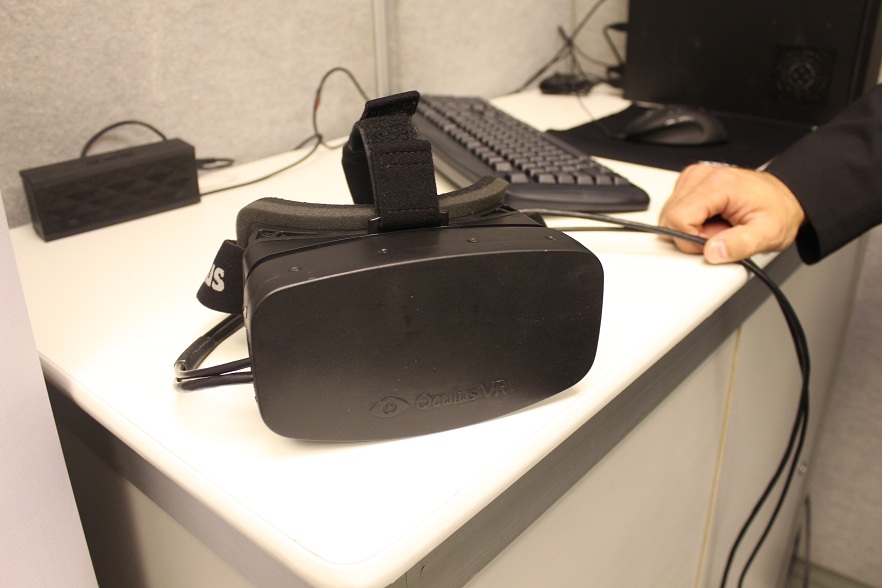 Oculus VR, the company behind the Oculus Rift virtual-reality headset, revealed a new prototype of its hardware at the Electronic Entertainment Expo trade show. For the first time ever, the company has the Oculus running in “true” high definition. That means a 1080p screen. 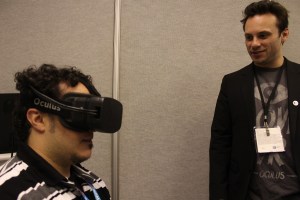 “Everyone was saying that while you were in [the first Oculus headset] that it feels a little low res,” Oculus VR chief executive Brendan Iribe told GamesBeat. “We came out from the beginning and said that this was the best panel we could get access to at the time. Here at E3, we’re prototyping a high-def VR in 1080p.”

The panel in the new prototype is still just a placeholder. Iribe says that they are still looking at additional panels, but the consumer version of Oculus will ship with a minimum of a 1080p screen.

Prior to this latest prototype, Oculus’s developer kit featured a 720p screen, the lowest HD resolution. Those 720 horizontal lines of pixels created a blocky, screen door-like effect on the visuals that took some people out of the experience.

Oculus wants its headset to feel natural and completely immerse players in games, and the new 1080p screen is the start of that.

I tried out the new prototype and can confirm that the improved resolution helped bring me into the game. Unfortunately, I did still notice a bit of a black border around individual pixels. Once I was moving and looking around, however, that screen-door effect evaporated slightly.

Instead, I spent a few minutes walking around Epic’s Unreal 4 Elemental demo. It is just an example of the tech, but it felt more next-gen than most of the things Microsoft and Sony showed the world at their press events Monday.