While other Oculus and Facebook speakers have pushed the high-end Oculus Rift headset on the PC, the chief technology officer of Oculus has focused much of his energy on mobile VR solutions, which he believes can hit wider markets at lower prices — and still deliver a great VR experience. Carmack spoke onstage today at the Oculus Connect event in San Jose, California. His talk wasn’t full of predictions of the VR future, as Oculus chief scientist Mike Abrash articulate yesterday. But Carmack’s largely unscripted talk still held a lot of people rapt at the developer event, which drew 2,500 people across the three days.

Carmack’s comments were unfiltered, and he was careful to point out that the opinions were his own, not those of Oculus or Facebook. The official position from Mark Zuckerberg, CEO of Facebook, is that mobile VR will coexist alongside PC-based VR as well as standalone VR headsets, which will have no wires and no connection to a PC.

“It’s our job to get to the point where you’re crazy to have a headset to if you’re crazy if you don’t have one,” Carmack said. “It’s like a smartphone, where it’s crazy not to have one now.” 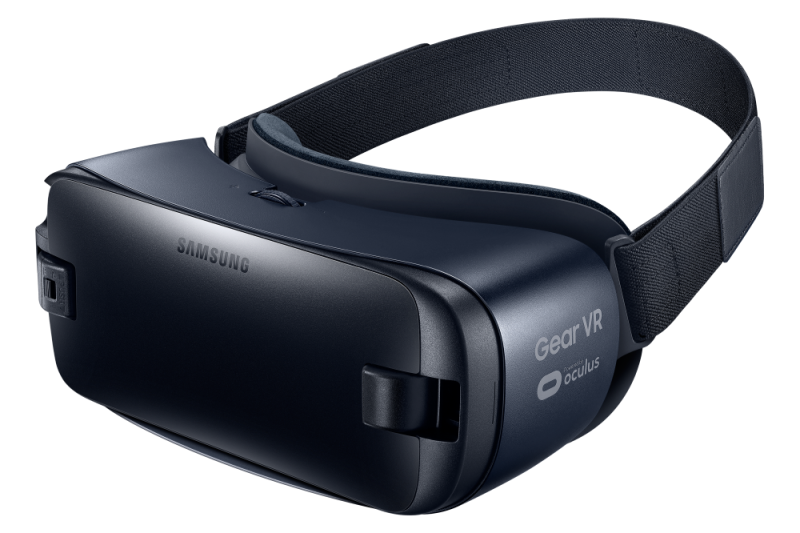 The Samsung Gear VR has a million active users now, he reiterated. “The market is quite large,” he said. “We have decided not to say how large, but it’s a lot. I think it’s possible to write a killer application on the hardware we have right now. It’s possible to do an application that really launches the VR age.”

Carmack said one of the triumphs from last year was the launch of Minecraft on the Oculus Rift. He worked on it to help making it happen. At first, the Microsoft team was focused only on the Rift version, but it later understood why Carmack want it on Gear VR as well.

“It was great to see the Microsoft team come around,” he said.

Then Carmack helped with promotion of Minecraft on Gear VR at E3 and Minecon. He contributed a little bit to the standalone Oculus Rift. But for the most part, Carmack said other teams were involved in creating the standalone headset, dubbed Santa Cruz. Carmack focused on “inside-out tracking,” which uses internal sensors attached to the headset, rather than external sensors that detect the user’s body and head movements, as with current headsets like the Rift and the HTC Vive. The inside-out tracking uses cameras and sensors on the headset itself.

But Carmack said that was still a small part of the overall contribution.

“One of the things that is a travesty at Oculus today is” the five or so different approaches on doing social avatars in VR, he said. “We have not had internal alignment around that.”

He said he was jealous of other startups like Altspace VR, which has social rooms already, while Facebook was still figuring out what to do in the space. 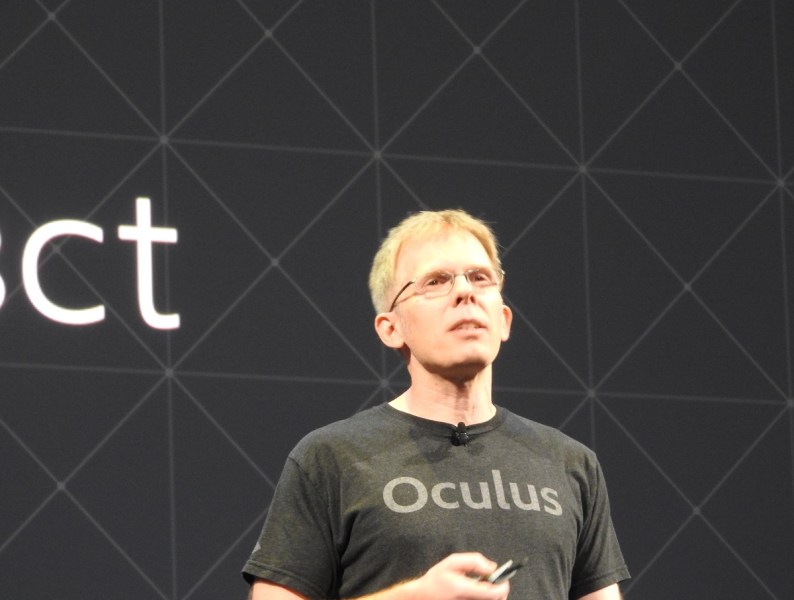 “I have been pushing more for Facebook-oriented social,” he said. “One outgrowth is arena-based users, not eight users or so but hundreds of thousands of users. We may doing something like a John Carmack lecture and see how many people can fit in it.”

He wants it to have positional sound and no limits on the number of participants. He said Otoy (a Los Angeles-based cloud rendering company) launched an update of Orbx media player with interesting content you can poke at in a social way, he said. Making it really easy to share an environment and “poke” at things would be fun, Carmack said.

As for people who say mobile isn’t “real VR,” he noted it may have 10 times the users. He said he was reminded of the days when people criticized the breakthrough PC shooter Quake for running on older machines and not using all of the 3D graphics features that were possible. But he said it was able to deliver a lot of value, and so can mobile VR today.

Carmack has been studying apps that have launched and how fast they really run. He wants 360 videos to run at 60 frames per second or better, but many are dropping frames.

Carmack said the standalone headset, which doesn’t use a mobile phone, is tempting in some ways. That’s because the VR app developer doesn’t have to share that system with the smartphone, which has other purposes. If you design a VR game, you have to take into account that the smartphone may ring and take you out of an app. It is easy for a smartphone used in a Gear VR to run hot and overheat if it used for a long time, Carmack said.

He said it is legitimate for Samsung to focus on running other processes in the background related to the phone. Carriers also add their own software that may run in the background, which also takes resources away from the Gear VR.

“We can’t use a third of the actual power that is there,” he said.

With a standalone unit, you can presume that the resources of the device are there for VR only, giving developers much more of a stable specification that is just like the consoles.

“There is a large benefit we can get from that,” Carmack said.

Carmack said he would love to take some of the smartphone processes on a Gear VR and put them on a single core that runs at 300 megahertz in a low-power state. But that’s not the current situation.