It’s easy to see the almost limitless sales potential of a VR headset that can operate fully on its own or switch to become a viewer for a nearby computer. Assuming that it offers very good performance in both modes, such a device would be a much easier — and likely smarter — pick for users than a headset that only works with computers or only runs its own software.

That’s precisely what Facebook is attempting to accomplish with Oculus Link, a new software and accessory option for PC and Oculus Quest users. Up until this week, Quest delivered very good performance as a standalone VR headset, but wasn’t meant to be used as a PC VR viewer. Now there’s free Oculus Link beta software and a cable program designed to physically connect Quest to PCs, so users and developers can start to see how the headset performs as an accessory, rather than an all-in-one solution.

Based on my comparisons using a self-purchased Oculus Quest, an Oculus-provided Rift S, and an Oculus-provided cable (made by Anker), I have no doubt that we’re moving closer to a day when users will only need one headset for all their VR needs. But the devil’s in the details, and as Facebook’s “beta” label properly disclaims, we’re not quite there yet.

The Oculus Link program is highly unusual because of its approach to cabling. Instead of just selling a USB cable itself — one that may wind up being surprisingly expensive — Facebook is taking an atypically responsible position and making the entire process transparent. You can go and buy a “good” USB 3 cable from Anker right now for under $15, Facebook says, but it won’t be as performant or well-designed as an official Oculus fiber optic cable that’s coming later this year.

At first, you might flinch at the official Oculus Link cable’s $79 price tag, which sounds like Monster Cable pricing. I have to believe that someone will build one with fiber optics for less. Yet rather than keeping the details proprietary or secret, Facebook’s all but daring other people to try to do better: This week, it released the Link cable’s specs so any interested developer can take a shot. 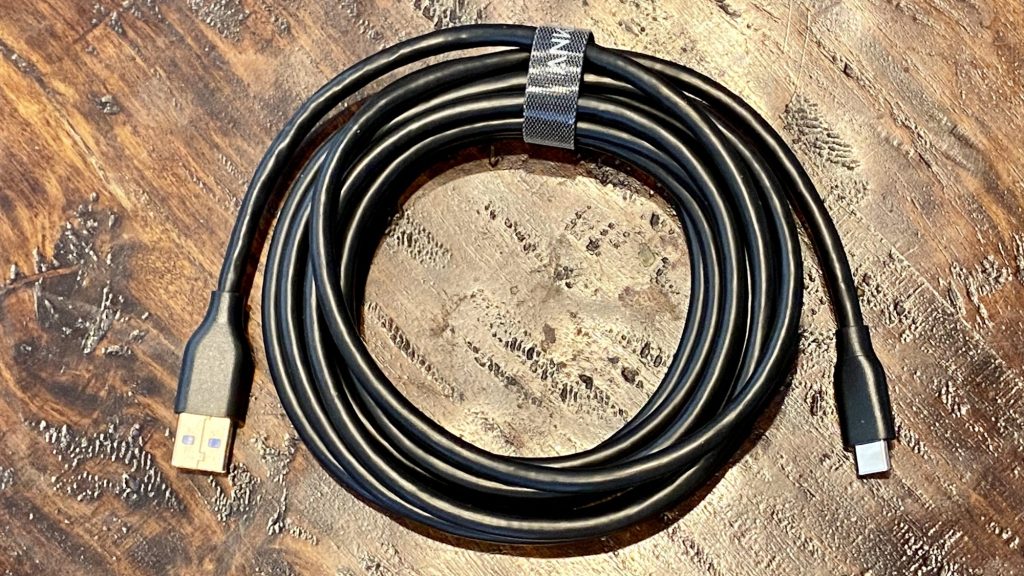 The specs reference details that average people probably haven’t ever considered when purchasing cables — somewhat atypical materials, thickness, flexibility, and length that all turn out to be meaningfully different from what you’d find in a commodity alternative. When Facebook specifies a cable that’s 15 feet long rather than Anker’s 10-foot (or shorter, if you spend less) options, that matters when you’re standing up and moving around in tethered VR.

Similarly, when you feel the cable bend somewhat awkwardly, or notice that it juts straight out from the Quest’s side rather than pointing downwards using an L-shaped USB-C connector, it becomes apparent that Facebook didn’t just come up with its specs to be difficult. They’re all in the service of a proper tethered experience.

Whether Oculus Link truly requires a fiber optic connection is a fair question, and the answer won’t be clear until after the beta period is over and software is “finalized” enough to draw better conclusions. That said, it’s worth noting that Oculus Quest is making a single-plug USB connection to your PC rather than the dual-port Rift S, which divides video, audio, data, and power across separate connections to a graphics card and a USB 3 port. Guaranteeing the necessary bandwidth for this solution may depend on fiber optics, or it may be fine under some circumstances without it — we’ll have to see.

I’m not going to mince words: As much as I’ve come to dislike the PC VR experience, a beta PC VR experience is even more annoying. It’s one thing to set everything up as requested and have problems — in theory, double-checking your configuration and steps should resolve the issues. But in beta form, when software and hardware don’t work quite right, who knows whether it’s performing “as expected for a beta” or there’s some sort of problem on your end? 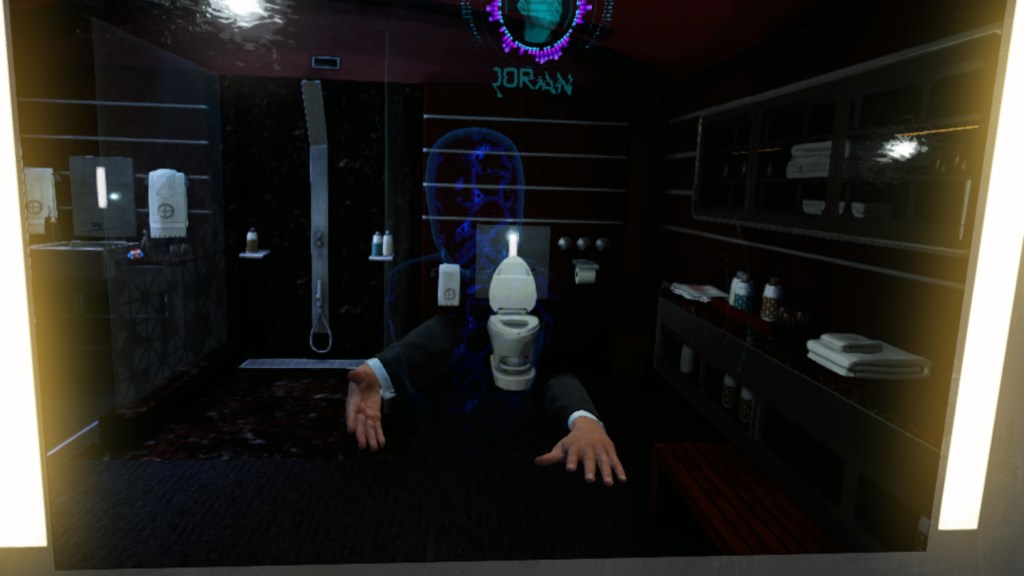 As of right now, my PC VR testing rig with an Nvidia GeForce 970 uncomfortably meets the requirements for Oculus Rift S but falls outside the day one GPU requirements for the Oculus Link beta. The company says that it’s working to add support for both my GPU and a variety of AMD GPUs that work fine with Rift S but not with Quest using Oculus Link. In the meanwhile, my “not currently supported” machine kinda works, and I’m not sure where the issues are coming from or whether they’ll be fixed during the beta period.

After a very lengthy, multiple restart-inducing set of software updates to the Quest (version 11) and Oculus PC app, I was finally able to get both Windows and the app to recognize the Quest — a process that presently involves manually granting the PC access to Quest for viewing using the Quest’s own interface. I was surprised and disappointed that it wasn’t as simple as plug-and-play, something I hope is remedied in near-term software releases.

The good news is that even without official GPU support, my Quest was able to display a Rift-style interface for navigating the Oculus library, and could even open apps and games as shown above. But for reasons unknown — software support, cable bandwidth, or otherwise — video had some distortive jitters (see the name “Doran” above for an example) and more obvious pixelization, while audio was basically nonexistent.

There’s no comparison between this and a Rift S, which presently delivers a smoother, cleaner experience than Quest running the exact same apps. If I had to go out and buy a VR solution for my PC right now, there would be no contest. But given that Facebook shut down wireless PC streaming to Quests earlier this year due to less than ideal visual quality, I expect that its wired Quest solution will be more performant than what I’m seeing right now. Moreover, the company’s goal is to support the same PC configurations across the Quest and Rift S, so it should only be a matter of time before my PC experience with Oculus Link improves. I hope.

If you consider the big picture with Oculus Link, Facebook appears to be setting the stage for the end of Rift as we know it today. Quest’s design, specs, and controllers have far more in common with Rift S than not, and if Link performs as expected, most users will have little to no idea of what they’re missing — Rift S’ extra camera, FPS, and resolution differences won’t matter much. Should Facebook start bundling Link in with every Quest, there wouldn’t be much reason to keep both headsets around, even though there will still be two separate software platforms: PC and standalone.

All of this depends, however, on a superior level of performance and PC compatibility from the final Oculus Link software and cabling. What’s available right now is a cheap, ‘good enough’ preview of what’s to come over the next month or two, even if it’s not quite ready for the masses.

Zooming out even further, link cables are only an interim solution. The big next step forward will be a fully wireless hybrid VR standalone/viewer solution that drops USB wires in favor of integrated Wi-Fi 6 or millimeter wave for streaming. VR demands these new technologies to smoothly deliver dual-screen, high-resolution video, but the necessary wireless chips and antennas used to be hard to integrate into VR headsets. By the end of next year, however, they’ll be inside hundreds of millions of smartphones and similarly portable devices.

So we’ll need to wait for Oculus Quest 2 or an ambitious new competitor to see a fully performant wireless alternative to Oculus Link. Until then, you can get a fine taste of what’s to come with little more than Oculus Quest and a USB 3 cable.