With strong sales for the Oculus Quest 2 VR headset, VR is enjoying a resurgence. Back in February, Oculus said that 60 games had crossed $1 million in sales, and three games had topped $10 million.

In 2020, VR had some hit releases like the Population: One shooter battle royale, Star Wars: Tales from the Galaxy’s Edge, The Walking Dead: Saints & Sinners, and Medal of Honor: Above and Beyond.

The Oculus Gaming Showcase included new trailers, information on upcoming titles, and a look at updates coming to community-favorite games. The event was hosted by Oculus executive producer Ruth Bram. Here’s a rundown of the games.

Capcom announced last week it is bringing Resident Evil 4 to the Quest platform, 16 years after the game debuted on the Nintendo GameCube. The game world is being reworked for VR from the ground up for a first-person view of the main character, though the game itself will stay the same, Bram said.

You can wield separate weapons in each hand, or use two-handed weapons like shotguns. About 4,500 images have been re-textured or uprezzed. It can run at a much higher frame rate than the originals. Bram said spatial audio and immersion makes the game scarier in VR. The VR game has been in the works for a couple of years.

Cloudhead Games had a big hit in November 2019 with Pistol Whip, and now it’s back with a new five-scene, narrative-driven campaign expansion for Pistol Whip. Smoke & Thunder tells the tale of two sisters set in the Wild West where trains, tech, and explosions set the scene. You can play on two new maps.

This update will release alongside The Concierge, which will unlock more customization for Pistol Whip players. It will offer equipment like bottomless burst pistols or dodging through levels as a no-ammo pacifist. It has new weapons combos and modifiers and multiplatform leaderboards. It’s coming this summer to the Quest and Rift. 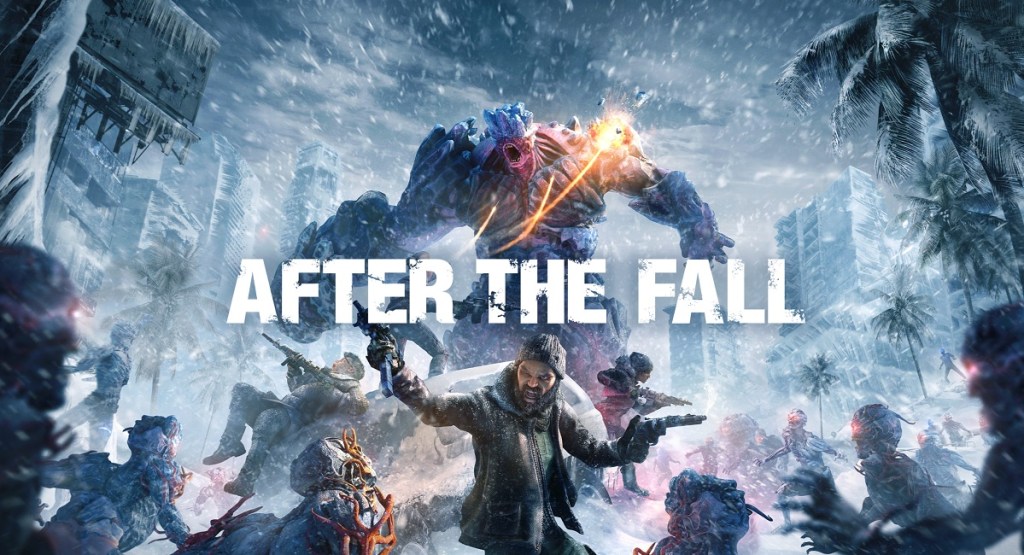 Above: From the makers of Arizona Sunshine comes After the Fall.

Vertigo Games entertained VR gamers with Arizona Sunshine for years. Now, the company is preparing its four-player co-op first-person shooter After the Fall. It is set after the apocalypse in Los Angeles, with human survivors dealing with the freezing cold and all sorts of monsters. It has some nice visuals and audio. This title is coming to both Quest and the Rift platforms this summer.

Following up on last month’s Last Bastion update, which brought horde mode to Warhammer 40,000: Battle Sister, Pixel Toys made a few more updates. The team has added co-op play to the Last Bastion game mode. Also, starting today, it’s available on Rift. On top of that the game has two new maps to enjoy with cross-play and cross-buy support for the Quest and Rift platforms.

This summer, the characters Jack and Liv return in Lone Echo II on the Rift Platform and for those playing on the Quest platform with Oculus Link (which links to a PC). Ready At Dawn’s sequel returns you to the rings of Saturn to explore an expansive zero-gravity world, use high-tech tools to overcome challenges, and uncover the mysteries of the far future.

ILMxLAB is working on the next installment of Star Wars: Tales From the Galaxy’s Edge, which expands the core adventure and will feature two more legendary tales for fans to enjoy. The team revealed one of the characters you’ll get to meet in Part II: Dok-Ondar, a visitor from the Den of Antiquities. The studio also shared a piece of concept art featuring the mysterious Ithorian (the Hammerhead-looking fella) and his translation droid, set in Seezelslak’s Cantina. The sequel will launch later this year.

Star Wars Pinball VR launches on the Quest platform, PSVR, and SteamVR next week, and today Oculus shared some behind-the-scenes footage to show how the experience came to life in VR. The game debuts April 29. You can choose the Light or the Dark side of the Force. And there’s a fan cave for you to customize your Star Wars memorabilia.

I Expect You To Die 2: The Spy and the Liar

Schell Games is returning with a sequel to their popular spy-themed VR puzzler, I Expect You To Die. The Spy and the Liar takes you deep undercover to investigate Zoraxis’s next play for world domination. And it’s coming to the Quest and Rift Platforms later this year. You’ll get to be an elite secret agent in VR again.

Snowboarding helped define a genre of extreme sports games. Now, creator Giles Goddard returns with Chuhai Labs to bring you a modern take on this Nintendo 64 classic: Carve Snowboarding. The sounds feels pretty realistic on the mountain, and you’ll have plenty of music to hear on the slopes, based on the trailer.

Wraith — The Oblivion: Afterlife is a horror and exploration game from the World of Darkness (think Vampire: The Masquerade and Werewolf: The Apocalypse) launching tomorrow on the Quest and Rift platforms. The game from Fast Travel Games will get you to solve the mystery of Barclay Mansion. This one looks quite scary, with lots of blood, spooky voices, and dark corridors.

Tomorrow’s update will introduce six new levels to challenge you in both casual and professional modes. You won’t have any checkpoints, and completing levels without chalk will get you bonus points. Crytek is also introducing rhythm-based climbing; you’ll see disappearing grips along your route, requiring you to learn the grip patterns to the beat of a background track to progress through. It’s a free update launching tomorrow, and pick it up if you don’t mind vertigo.

Skydance Interactive also shared what’s coming next for its hit action-horror experience. It opens with chatter about a large stockpile of supplies from “The Reserve.” You can kill zombies in visceral ways. Aftershocks is coming as an expansion on May 20.